at long last, it's opening day! 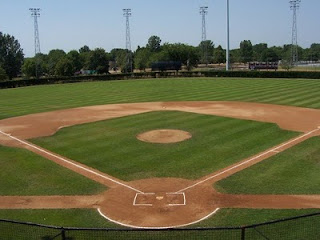 It's a long, cold winter for baseball fans, but at long last, spring has arrived. It's Opening Day!*

How excited are Red Sox fans for the 2011 season? Of 45 ESPN baseball analysts, 42 of them pick the Red Sox to win the American League pennant and play in the 2011 World Series. All 45 pick the Sox to win their division.

Looking beyond the ESPN horizons, throwing in CBS Sportsline, CNNSI, and the dreaded (and dreadful) Fox Sports, 60 of 66 analysts - 91% - predict the Red Sox will play in the World Series.

Of course, as the saying goes, games aren't played on paper, and divisions and pennants aren't decided by prognosticators. But these predictions don't come out of nowhere. Red Sox fans, don't make any plans for October.