what i'm reading: words on the move by john mcwhorter 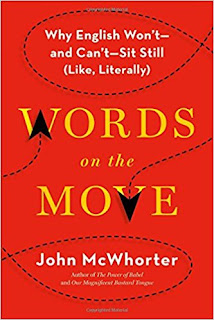 John McWhorter is changing my mind about language. And that is no easy thing to do.

I'm a grammarphile. Word nerd, language junkie, spelling nut, stickler -- whatever you want to call it. I appreciate proper spelling and good grammar, and I cringe at all the bad grammar all around us. Apostrophe abuse drives me insane. Same for unnecessary quotation marks. Misspelled words on websites, signs, flyers, and official documents... don't get me started.

Yet I also part ways with some of my fellow grammar-lovers. I believe grammar is important for writing, but not necessarily for speech -- and certainly not for casual speech. I hate seeing knowledge of grammar used to shame or exclude, or worse, as an excuse to not listen. Wmtc comment guidelines warn readers not to correct another commenter's grammar or spelling.

Even further, I believe it's perfectly all right to relax certain writing rules for casual writing. It's not necessary, in my view, to use awkward phrasing in order to avoid ending a sentence with a preposition in a casual email. It's all right to use sentence fragments, or to start a sentence with but. I don't think the English language is being killed off by texting; in fact, I know it's not. And most importantly, I don't think I'm better or smarter than anyone else because I use apostrophes correctly and they don't. But those unnecessary apostrophes still drive me insane!

So perhaps I was pre-disposed to enjoy John Whorter's enlightening and entertaining book, Words on the Move: Why English Won't -- and Can't -- Sit Still (Like Literally). But I do think that anyone who enjoys thinking about language would like this book.

McWhorter's most important message is in the title: language is never still. The meanings of words always change. Meanings have always changed, they are changing now, and they will continue to change in the future.

The book presents some illustrations of every day objects such as bread, fruit, meat, and fuel, and the words that have been used to convey those meanings over centuries. Then, the author writes,

Picture this process happening across tens of thousands of words all the time. That is the essence of what words are, and why the dictionary can qualify only as a snapshot of how the film was situated on the grid at one particular point in time.

McWhorter, a professor of English and comparative literature, says this throughout the book, in many different, entertaining ways. One of his strengths is creating lovely little analogies to illustrate his meaning. He's also very adept at shooting holes in the corrections most beloved by correcters, by showing us how inconsistent we all are.

If there's an expression that drives you crazy because it's usually used "wrong," chances are, it meant your particular version of "correct" only for a period of time in between its other meanings and uses. Most likely, the meaning has changed and you need to update your personal lexicon. Whatever your favourite bugaboo -- decimate, irregardless, sink down, used to, literally -- McWhorter has a slew of examples to prove that your objections are inconsistent at best, and might even be ridiculous. Those of us who hate the overuse of literally to mean its opposite may be surprised at how many words now mean their opposite that we never bother to complain about -- because those words changed in a different time and bothered different people. And it's not just English. It's all languages, all the time. Change, change, change.

Some of McWhorter's ideas are controversial. He explains speech tics such as "like" and "you know," and why we shouldn't care about them. He maintains that slang, including shorthands we use online and in text messages, are as old as language itself, and don't hurt the language. He counsels us to embrace "the euphemism treadmill" -- from Colored to Negro to Black to African American -- and explains why cultures make these shifts.

Perhaps most controversially, McWhorter argues that Shakespeare should be cautiously and judiciously translated, to make the plays more accessible to contemporary audiences.

If you love Shakespeare as I do, let me elaborate before your blood pressure elevates. About 10 percent of the words Shakespeare used now mean something completely different than they did when he wrote them. If we read Shakespeare, we can use footnotes, but when we watch a play or film adaptation -- and the words were meant to be performed, after all -- we can often follow the action through context and prior knowledge, and we might get the gist of the language, but we miss a good deal of the meaning. We miss more than we think, something the author illustrates very well. McWhorter believes that Shakespearean scholars should tweak the language for greater understanding.

Yes, I have been one of those people, and have experienced resistance (and even dribbles of vitriol) in response. However, most of this resistance has been based on the idea that the difference between our language and Shakespeare's is only one of poetry, density, or elevation.

The reason Shakespeare's prose sounds so "poetic" is partly because it is. But it is also partly for the more mundane reasons that his language is not, to a larger extent than we might prefer to know, inaccessible to us without careful study on the page.

Many assume that the translation I refer to would have to be into slang. I suspect this is because it can be hard to perceive that the very meanings of even the most mundane of words have often changed so much -- if one thinks the difficulty of the language is merely a matter of "poetry," then it's easy to think that no translation in neutral current English could be at issue, and hence the notion of "Yo, whaddup, Calpurnia?" as a serious literary suggestion.

He gives a few elegant examples, which are "hardly a desecration" -- the language is still "challenging and even beautiful, especially since most of it is the original." I must agree. He explains that he's not suggesting the original plays be withdrawn and never read.

However a world where the usual experience of a Shakespeare play outside universities was in today's English would be one where, quite simply, more people were capable of truly understanding and enjoying the Bard's work rather than genuflecting to it. Seeing Shakespeare shouldn't be like eating your vegetables -- even tasty vegetables. Nor is it much more inspiring for us to treat Shakespeare as a kind of verbal wallpaper or scent that we sit back and allow to "wash over" us. . . . Shakespeare translated into today's English wouldn't be exactly Shakespeare, no. But given a choice between Shakespeare as an elite taste and Shakespeare engaged the way Russians engage Chekhov and Americans engage Scorsese films and "Arrested Development", some may judge Shakespeare that isn't always exactly what Shakespeare wrote as less than a tragedy.

Like the novel, theatre, and baseball, language is something people often claim is dying or already dead. But if no one ever writes or reads another novel, and the great game of baseball is never played again, we will still have language -- because we are human. And language will still be changing, because that's what it does.
Posted by laura k at 6/10/2017 01:13:00 PM 0 comments 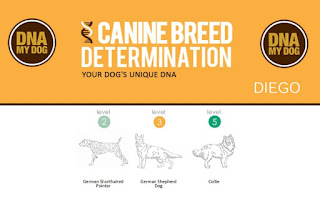 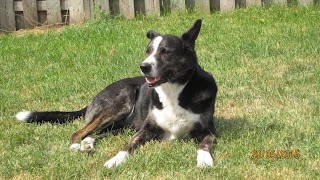 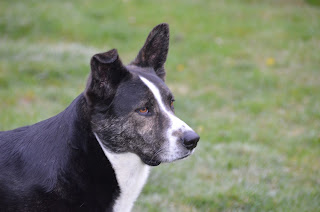 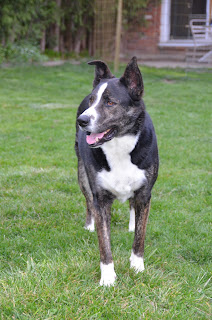 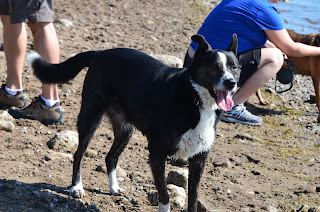 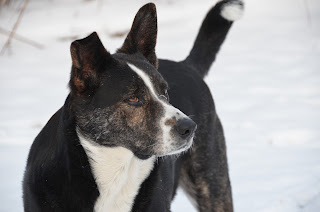 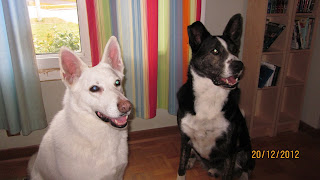 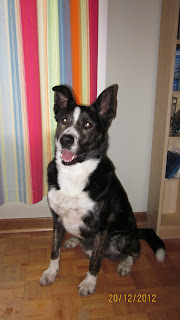 In case you are just tuning in, this truly was strictly for fun. Not only don't I care what breed my dog is, I find the entire concept of breeds ridiculous. With the exception of a few kinds of dog bred for specific work, most breeding is just eugenics. Breeding for arbitrary, human-created standards has ruined the health and lives of so many dogs. I would like to see a complete moratorium on breeding -- which would certainly cut down on the vast numbers of dogs that are homeless or euthanized each year.
Posted by laura k at 6/10/2017 09:22:00 AM 0 comments

Labels: dogs, personal
Newer Posts Older Posts Home
Subscribe to: Posts (Atom)
As a settler in Port Hardy, I live on the unceded traditional territory of the Kwakwaka’wakw peoples, whose historical relationships with the land continue to this day.