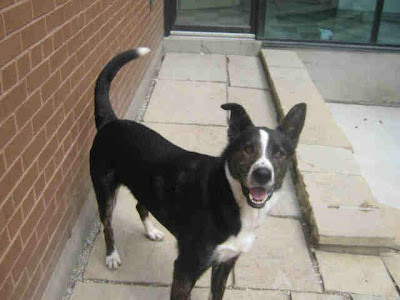 Meet Diego, the newest member of the Kaminker-Wood family! According to the people at Toronto Animal Services, he is about two years old. You can see Shepherd, Boxer, Rottweiler and Staffie in him, and who knows what else. In other words, he's a mutt! To satisfy the burning question at the dog park, we will say he's a Shepherd-Boxer mix.

Diego has a shiny, smooth, black coat, with a white blaze, white paws, and a white line down his head; the tip of his long tail looks dipped in white paint. If you look closely, there is some brindle on his legs, face and ears. One ear stands straight up, the other folds down at the tip.

He's male, big and strong. We haven't been to the vet yet, but judging from Tala's 58 pounds, I'm guessing Diego is a fit 75 pounds. Tala looks small-boned and delicate by comparison. I think the shelter staff probably named him after this cartoon character, but we like the name, so there's no reason to change it. I keep speaking Spanish to him, which is totally ridiculous, but I suspect he will soon answer to Señor Diego and Señor Cabeza Grande.

He is super friendly and affectionate, and kind of goofy. He's a big galoot, is what he is. We don't know much about his background. He was transferred from a shelter in London, Ontario to Toronto. He was clearly someone's dog, as he knows basic commands (sit, lie down, paw, come) and appears to be house-trained. He shows no signs of fear or abuse. I can imagine that he might have become too much - too big, too strong, too much dog - for someone who wasn't willing to be patient and work with him. 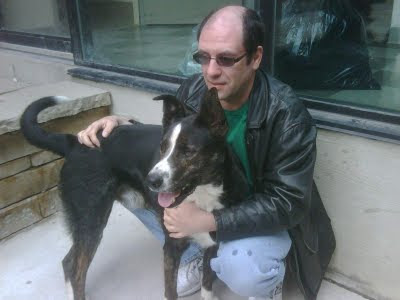 Toronto Animal Services requires everyone in the family - people and animals - to be present for an adoption, so Diego and Tala met at the shelter. They played in the enclosure together, and it was clear they'd have no real trouble. They're already tussling in the house, and running around the backyard together as if they've been friends for years.

I see Tala's demeanor and position in the pack changing before my eyes. It makes me a little sad, although I know that's my own feelings, not necessarily Tala's. Tala has been my own little girl. I've been babying her and lavishing attention on her, and now she's sharing my attentions with a big, demanding, insistent boy whose head appears whenever I go to pet her.

I'm sure Tala has gained more than she's lost. Cody died at the end of August, and for at least a year before that, she wasn't interested in playing. We throw the ball for Tala, go on long walks, and Allan takes her to a dog park, but she had always lived with other dogs and I think she missed it. 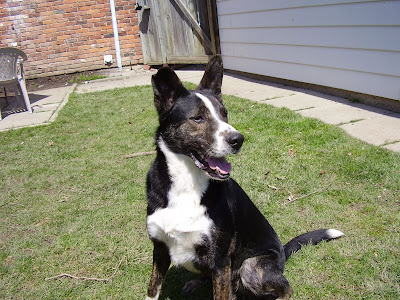 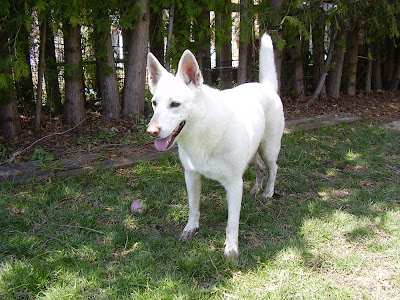 We've had other very smart dogs, but different personalities will do different things with those big brains. Gypsy was a genius, one of the smartest dogs I've ever known, but she was wilful and defiant and always testing. Her intelligence was all about getting over, anticipating, deciding if she wanted to obey. Buster's smarts were all about obedience: how fast can I learn this and what's the next thing to learn and how can I be perfect? I sometimes wanted Buster to misbehave just to loosen up. I'm guessing Diego has the same tendencies. 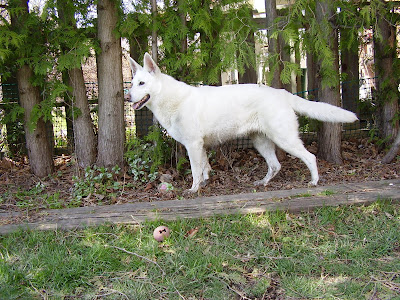 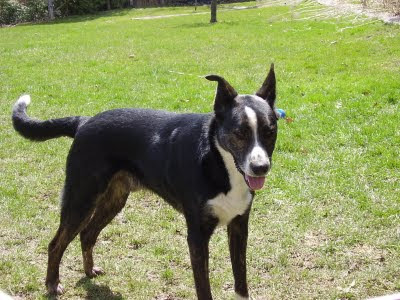 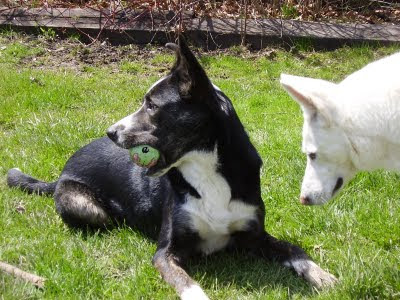 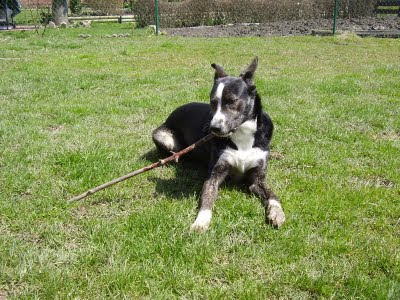 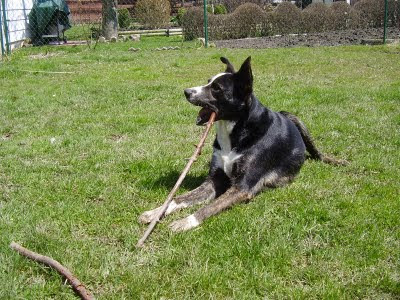 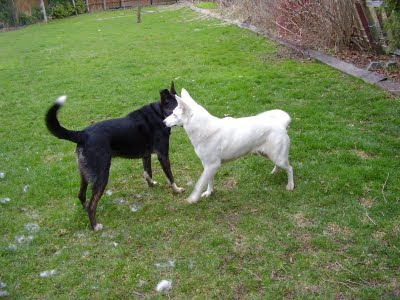 The beginning dates are all adoption dates.

If you're procrastinating and feel like reading detailed dog stories, you can click on the dog label, and go back to the oldest post. The story of our family is all there. I wrote it in this blog to preserve it.
Posted by laura k at 4/26/2011 11:00:00 AM