Right now I'm so busy, between work and union, that I barely have time to hate Christmas.

As I've found in recent years, a combination of circumstances - getting out of the office worker environment, streaming-only TV and movies (ad-free!), discovering the authentic meaning many of my colleagues find in the holiday - has taken the edge off my irritation.

I still hate that Christmas is a national holiday in countries that supposedly separate Church and State. As our world becomes increasingly multicultural, the Christmas and Easter holidays make less sense all the time.

Our library, both customers and staff, is incredibly multicultural and inclusive. Yet, out come the Christmas decorations, the cards, the chocolates, the shopping lists, the Christmas storytimes. I find it incredibly inappropriate for a public library. Yet it is ubiquitous.

Also at the library, I've met several colleagues who openly identify themselves as atheists, something I've never encountered in any other work environment. I really like and respect their openness, their assertion of their minority beliefs into the mainstream.

Yesterday one of those atheist colleagues wished me a "happy two days off". Now that's something I don't hate!

[Also: we've had some excellent discussions about this on this blog. The Ghost of Wmtc Past invites you to read posts and comments here, here and especially here.]
Posted by laura k at 12/25/2015 05:30:00 AM 0 comments

why i write for rights and how you can too #write4rights

Every year on December 10, Amnesty International holds a global letter-writing event: Write For Rights (in Canada). Thousands of people around the world write handwritten letters calling for action for victims of human rights abuses, and offering comfort and support to political prisoners.

Last year, I listed 10 reasons you should participate in Write For Rights.

10. You enjoy your own human rights every day. Why not use them to help someone who can't?

This year I'll list 10 more reasons. They're not cute and cheery. They are why we write.

3. A lengthy prison sentence for political tweets in Malaysia.

4. Forty years of solitary confinement in the USA.

5. Arrests, beating, and prison for a peaceful protest in Myanmar.

7. Development that destroys indigenous culture, land, and water in Canada.

8. Suffocation, rape, and other torture to elicit a false confession in Mexico.

9. A 30-year prison sentence for a pregnancy loss in El Salvador.

10. Torture and a death sentence for a teenager in Iran.

It doesn't take much time. It's not difficult to do. And it works.

Spend 15 minutes of your day writing a letter or two.

Labels: activism, human rights, we like lists, write for rights 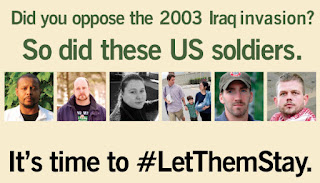 Labels: activism, canadian politics, war and peace, war resisters
Newer Posts Older Posts Home
Subscribe to: Posts (Atom)
As a settler in Port Hardy, I live on the unceded traditional territory of the Kwakwaka’wakw peoples, whose historical relationships with the land continue to this day.