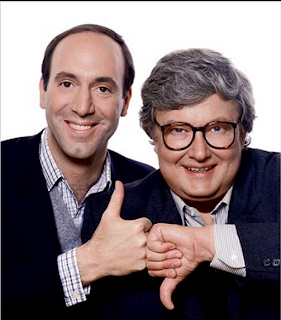 Who would have thought a movie critic could be so loved, and so missed?

Of course, Roger Ebert was so much more than a critic. He was a model for the potential of criticism as an important contribution to art and entertainment. He helped audiences discover art and helped artists connect with audiences. He reviewed each film on its own terms, seemingly enjoying all genres and understanding the potential in each of them.

Like many of you, if you are old enough, I used to love to watch "At The Movies," with "the fat guy and the other one," as the joke went. In the 1980s and 90s, during the burgeoning of independent film, Ebert turned the world on to so many films that otherwise might have gotten lost in a mountain of quirkiness. I particularly remember Ebert championing "Say Anything," and later, "Show Me Love," two great teenage love stories. Of course, this was long before a famous scene from one of those movies was reduced to a meme. That scene was tender and almost eerily moving, and Ebert urged us to see this low-budget sleeper.

Later Ebert became a model for transcending disability, or for that matter, anything life throws at us. To me he exemplified the best of how people respond to tragedy: acknowledging pain and loss, remembering what is still good, valuing the experience, being alive to possibility, and moving on into a new world. As he said himself, he was always open to joy and wonder. 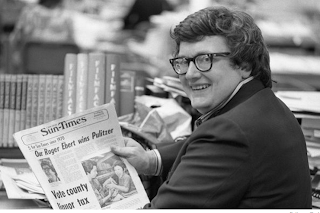 I wish I had found Ebert's blog sooner. I don't know how we missed it, since we're always looking for good movies, but somehow it flew under our radar until a few years ago. Since then, it has supplied the backbone of our movie list. I don't like as many types of movies as Ebert did, but when he recommended a film, I knew it was worth seeing.

In case you haven't seen them, some Roger Ebert reading:

In Salon: I Do Not Fear Death, in his own words.

From Ebert's blog: A statement from Ebert's partner, Chaz Ebert, and "A Leave of Presence", Ebert's final post.

Obituary from The New York Times

Also, two years ago, Ebert's struggle inspired me to write this post: thoughts on roger ebert and transcending circumstance.
Posted by laura k at 4/05/2013 05:00:00 AM