Here are the best movies and series I watched in 2022. They're not in order -- it's not a countdown -- just a list of all the really good stuff.

Five stars: the best of the best 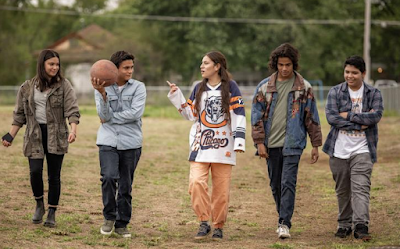 Reservation Dogs S1-2, full series so far.
Hilarious, heartbreaking, and meaningful, Rez Dogs is the first show on mainstream TV to be completely Indigenous-created, and using all Indigenous actors. The writing and acting are incredible, and the way Indigenous realities are worked into the stories is perfect. I hope everyone will watch this!

The Expanse S6
The final season of this stellar show did not disappoint. Although I am not a science fiction fan by any means, I'm glad I don't reject a show based on genre. This series is as good as it gets: gripping, moving, surprising, with complex characters and deep political and social resonance. I'll probably watch it again.

We Need to Talk About Cosby, 4-part documentary series
This deeply disturbing documentary series is a must-see. I'm grateful to Kamau Bell for making the film, to every woman who agreed to speak with him, and to all who didn't, just for surviving.

The Power of the Dog (2021)
This is Jane Campion's version of a western: a quietly intense psychological thriller set in an isolated Montana homestead. Utterly riveting and not at all predictable. I had to watch the ending twice. 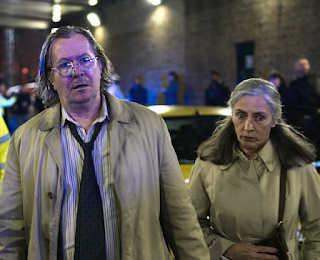 Slow Horses S1-S2, full series so far
This is a top-notch spy thriller, full of paranoia and corruption, with great writing and great characters -- but everything pales beside Gary Oldman's incredible performance. We re-watched S1 right before S2 dropped on AppleTV+, and are eagerly awaiting S3.

The Capture S2
This thriller takes you on a wild, twisty, breathless ride into the outlandish but utterly plausible world of government surveillence and corporate media manipulation. The Capture may be the greatest show you've never heard of.

Unforgotten S4
The final season of this cold-case forensic show left us a little heartbroken and wanting more. Unforgotten is especially notable for the emotional resonance of each case. In most detective shows, the corpse is just a premise -- a prop. Unforgotten shows you the web of loss that radiates from every violent death. Nicola Walker is brilliant.

The Handmaid's Tale S5
This show continues to be one of the very best, with everything clicking -- writing, acting, character development, and of course, politics. Elisabeth Moss is surely one of the great actors of this or any generation. 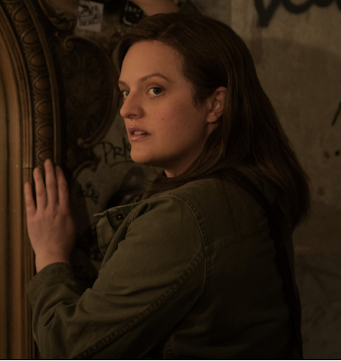 Shining Girls S1, full series
This genre-blending thriller/mystery/sci-fi series is mind-blowing, and features yet another insanely good performance by Elisabeth Moss. I'm planning on re-watching: now that I know the outcome, I can concentrate on clues and how it all fits together.

In the Heat of the Night (1967)
The death of the great Sidney Poitier led me to re-watch several of his movies (with more to come). In this one, Poitier's understated performance and Rod Steiger's subtle character development create something truly brilliant. One of the best American films of any era.

The Janes
This documentary about the underground (and illegal) abortion network in 1970s Chicago was beautifully done. Importantly, the story is told by the women themselves. I'm grateful to Tia Lessen and Emma Pildes for capturing and preserving our history.

To Sir With Love (1967)
More from Sir Sidney. I wondered if this would hold up. It does, and then some.

Bad Sisters S1, full series
Comedy, drama, mystery, revenge, and sisterhood -- plus Irish accents! What more do you need? Don't miss this. It's both intense and fun.

Yellowstone S4
The fourth season of Yellowstone was the best yet, packed with everything that makes this show great.

Black Butterflies S1, full series
This French thriller is super suspenseful, twisty, and exciting. Stories are revealed in multiple timelines that force you to rethink what you thought you knew -- again and again. It lost the 5-star rating only because I found the ending unsatisfying, but it was still amazing. Not for the violence-averse.

How to Change Your Mind, 4-part documentary series
Michael Pollan's exploration of the potential for clinical use of psychedelics was truly eye-opening. The series was fascinating and sometimes deeply moving. Having seen this, I now want to read the book -- and I want to get in a clinical trial for PTSD. (Allan feels the same way.) This lost the 5-star rating only for its treatment of the CIA's LSD experiments: too short, and too neutral. Another sentence or two would have been more accurate and appropriate.

Summer of Soul
This documentary about the 1969 Harlem Cultural Festival is packed with astounding footage of so much great music. It's worth watching for Mahalia Jackson alone; her performance makes all the other superstars appear as mere humans.

Perry Mason S1, series so far
This stylist neo-noir prequel has all the makings of a classic. I've just learned it will be back for S2 next year, a great excuse to rewatch S1. If you like noir-ish mysteries and hardboiled detective stories, you'll enjoy this.

Never Have I Ever S3
This series was everything I love in a young-adult show: honest, funny, affirming, authentic, with just the right amount of angst.

Sex Education S1-S3, full series so far
What a beautiful surprise this was! If some of it was a bit far-fetched, it more than compensated with laughs and tears.

Atypical S2-4
This show grew both funnier and more meaningful as time went on. Along with the two series listed above, this was a trifecta year for young people's comedy/drama/coming-of-age.

Nomadland
Dramatizing a nonfiction book is tricky, but the sparse, quiet production and Frances McDormand's brilliant (as usual) performance made it appropriately heartbreaking. I came to feel that using a fictional story to illustrate these issues was a smart move.

No Time to Die
Did you know I love James Bond movies? This just might be my all-time favourite. Lucky for me, I don't see spoilers.

The Laundromat
This 2019 social satire was a great surprise. What starts out as a simple family story turns into an exploration of the grievous harm done by legal corporate tax evasion. It's on this list because I want everyone to see it.

Leave No Trace
This somber story of a father and daughter living on their own in the woods gradually reveals its political heart. A sad and meaningful film.

The Blacklist S9
How can this show still be so good?? The death of a central character refreshed and renewed the series. James Spader continues to amaze me.

Louis Armstrong's Black and Blues
I know quite a bit about Louis Armstrong, but this documentary includes newly discovered footage and archival recordings of Satchmo talking to friends. Armstrong bios always try to explain away his Uncle Tom tendencies and his refusal to utter one single word of support for the civil rights movement, while he was the most famous Black man on the planet. This show is no different, and it inadvertently strengthens my disappointment in this.

M*A*S*H S1-S11, full series
I started re-watching MASH years ago, then lost access. In 2022 I re-started and watched it end-to-end. Without a doubt, this is one of the best TV shows of all time. For almost the entire 11 seasons, it was funny, poignant, sometimes heartbreaking, and always unapologetically political. The show lost a lot when Gary Burghoff left, but MASH at its worst was still miles above most shows at their best. By the way, the often-repeated claim that Alan Alda demanded that his character be shown in the operating room in every episode is obviously untrue. Alda also wrote, co-wrote, or directed many episodes. Even with the solid esemble cast, Alda was MASH.

Kids in the Hall (2022)
The Dig (2021)
Ozark S4
Hacks S2
Derry Girls S3
Island of the Sea Wolves (Vancouver Island nature show)
The Worst Person in the World
Dead to Me
Wayne (Thank you to the wmtc reader who suggested this!)

I strongly agree with your five-star ratings of The Expanse and Slow Horses. If it fits into your reading plan, I recommend giving the Expanse novels a try. A number of characters and plot lines were cut or condensed to fit the show. Also, the series ended at book 6 of 9. They had a sensible reason for this which I will not spoil. Suffice to say that there is more waiting for you. Plus there is Memory's Legion, which collects the short stories. To be fair, some of those were incorporated into the show.

This is interesting, thanks John F! I don't normally read series, but I loved this show, so I might give it a try.