I can't believe it's taken me until May to write my annual movie awards post! During school, such things are impossible. After school, there is such a long to-do list.

A note about my movie life for newcomers or a refresher course for veterans. There are two seasons in Chez L-Sock: baseball season and movie season. Movie season runs from immediately after the Red Sox are no longer playing until Opening Day. We rent everything, usually through Zip, sometimes from pay-per-view. This means we don't see a single movie from April to November. We used to watch movies on any night there was no baseball (off-days and day games), but now on those nights, we sit on our patio, talk, listen to music, drink wine. So we're always at least six months behind everyone else, often closer to a year.

This past movie season, we saw even fewer movies than usual. For one thing, we were working our way through a six-part Ken Burns feature. And for another... this is embarrassing. We were watching "Dallas"! (I wrote about my thing for Dallas here.) Some nights after school, I was so exhausted that I couldn't even concentrate on a movie. My favourite soap was the perfect relaxation. Then there'd be a cliffhanger, then another, and before we knew it, we had watched three or four episodes in a row.

Last year, I rated movies according to my beverage of choice.

This year, I am honouring (or dishonouring) famous people who left this world in 2009.

First up, the Howard Zinn. 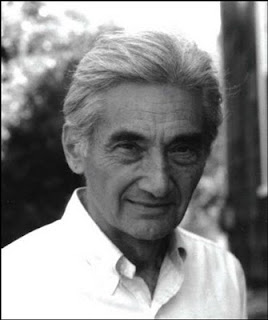 Few people have given our world as much, or have meant so much to me personally, as the late Howard Zinn. In keeping, few movies rise to this standard of excellence. These are the must-sees, movies that were as good as they possibly could be.

One Week
-- This was my favourite movie this season. I will be writing a separate post about it soon.
Waltz With Bashir
Food, Inc.
Precious
Doubt 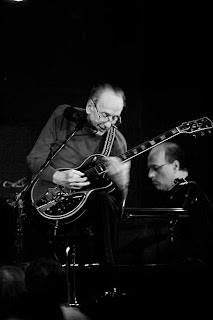 Les Paul was a great musician and an unparalleled innovator. Music is very important to me, but social justice comes first. In keeping, these movies don't rise quite to the level of the Zinn; I might have a small criticism here or there. But these are all truly excellent movies that I highly recommend.


In the midway spot, the Bea Arthur. 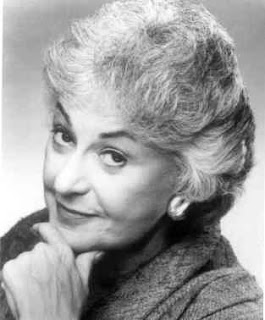 Bea Arthur was a talented actor who had a long, rich career, and a life of engagement and activism. It is no slight to be in this third category. These are good, solid movies.

The Brothers Bloom (borderline Les Paul/Bea Arthur)
Whatever Works
Pontypool
Adventureland
Sugar
Bolt
Bart Got a Room
The Hangover
The Navigators
Tickets (borderline Bea Arthur/William Safire)
Triumph of the Nerds (borderline Bea Arthur/William Safire)
-- Documentary about the birth of the home computer industry.
O'Horten
Behind The Sun
Every Little Step
-- A must-see for theatre fans.
Adoration
The Illusionist
Sin Nombre
Slumdog Millionaire
-- I thought I would hate it, but it was all right.
Futurama: Into the Wild Green Yonder


Not dead last, but almost, we have the William Safire. 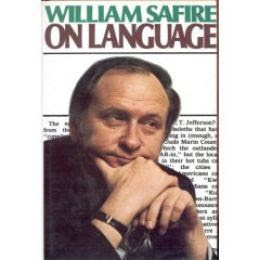 As a speechwriter for Richard Nixon and cheerleader for the Iraq War, he was terrible. As a observer of language, he was amusing. These movies won't kill you, but you're better off without them.

Michael Jackson's This Is It
RiP: A Remix Manifesto
Che
Love & Savagery
Stone of Destiny (borderline Bea Arthur/William Safire)
Frost/Nixon
-- We both liked this a lot more until we learned the middle-of-the-night phone call was fiction. For me this dropped it down a peg; for Allan it killed it dead.*
Talk To Me
-- This also lost points for purporting to be history, but actually being mostly fiction.*

In last place, we have the Oral Roberts. 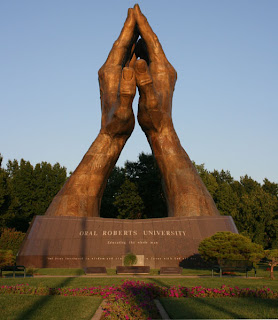 How to Lose Friends and Alienate People
My Winnipeg
-- This also wins the Michael Jackson Award, for being talented and strange, but ultimately a disappointment.
Anvil! The Story of Anvil
The Hurt Locker
Gomorrah


-------
* We talk about this a lot. Although Allan is more bothered by it than I am, I generally agree with him. If you want to write history, stick to history. Even when you enhance, edit and embellish, as filmmakers always will, get the basic facts right. Don't blatantly distort. If history doesn't suit your story, then write your own story and call it fiction. But don't write fiction and sell it as history.
Posted by laura k at 5/07/2010 12:00:00 PM