The theme of this year's TD Summer Reading Club -- a national program (developed by Toronto Public Library) that more than 2,000 Canadian libraries participate in -- is Feed Your Passions, or as some are calling it, geeking out. Allan and I are going to join the fun with our own tremendously geeky reading, although it will take us considerably more than one summer.

For eons, we have had on our bookshelf Gotham: A History of New York City to 1898 by Edwin G. Burrows and Mike Wallace, a massive 1,424 pages in very small print. 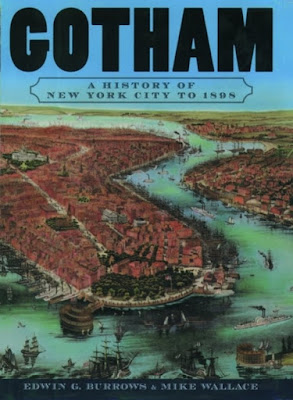 I've always wanted to read it, but it's a bit intimidating! And it's not like you can throw it in your backpack to read on the bus.

Then for my birthday this year, included among Allan's gifts and cards and general Celebration of Laura, was Wallace's follow-up: Greater Gotham: A History of New York City from 1898 to 1919. 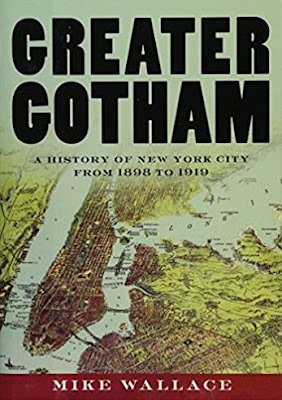 This volume -- all 1200 pages of it -- has got to be fascinating, but we can't read the second book without reading the first! And, geez, that's a lot to read!

I suggested a solution, following in the footsteps of Phil Gyford, to whom literature and history geeks the world over are indebted. Phil is the genius who put The Diary of Samuel Pepys online, one daily post at a time. (I read the entire thing, usually in weekly installments. It took 10 years.)

To tackle this Big Read, Allan and I are going to read one chapter each week -- with the understanding that sometimes we may have to take a week off. We'll still also read whatever else we're reading. That's the plan at least. Starting... now!