on poppies, veterans, trolls, and doxing 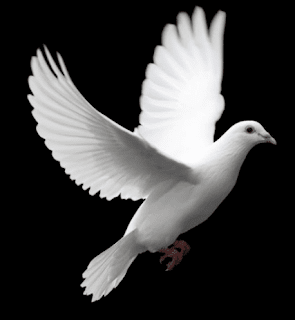 First of all, I do not apologize.

I have nothing to apologize for. No one should apologize for having an unpopular opinion, or an opinion that the majority finds offensive.

Second, I said nothing disrespectful to veterans. My utter lack of respect -- my undying contempt -- is for rulers whose policies send humans into unnecessary armed conflict. Those rulers pay lip-service to "supporting" troops, while their policies ensure more humans will suffer from the effects of war.

If you're joining us in progress, here's what you missed.

Before the election, I took all my personal social media offline. We knew that the opposition would dedicate vast resources to digging up or fabricating anything they could use against NDP candidates. For some reason, no one directed me to remove wmtc links from the Wayback Machine (i.e., internet archives). This proved to be a grave error.

A right-wing political hack who masquerades as a journalist received excerpts from some old wmtc posts from a troll source. I know this because Hack forwarded Troll's email to me, with the identifiers scrubbed.

Hack did what hacks do, and trolls did what trolls do. Hack kept this going for way longer than any of us expected, dedicating three columns to me, and mentioning my name in several other columns. Eventually it was reported on by more mainstream media.

The right-wing attack machine moved from candidate to candidate, digging up tiny bits of online fodder, distorting and quoting out of context, in a ludicrous attempt to portray the NDP as a hotbed of wacko radicalism.

Doug Ford and his party waged the worst kind of campaign possible: they obfuscated facts, and relied on lies, sloganeering, and mudslinging.

Andrea Horwath and our party were consistently positive, focused, truthful, and precise.

That the majority of voters in Ontario chose the former over the latter is profoundly disturbing.

I thought I knew what it was like to be attacked by trolls, from early wmtc days. I was wrong. The trolls who attacked this blog were annoying gnats who could be easily batted away. The troll attack orchestrated by Hack & Co. was a whirling swarm of angry hornets, the size of a midwest twister.

Their weapons were the most vulgar kind of personal insults, and graphic threats of violence.

I have pretty thick skin and don't tend to take things personally. My union sisters and brothers often describe me as "fearless". But this was a form of violence, and it shook me.

I'm lucky that it didn't affect my outlook, my opinions, or my self-esteem. That's down to the amazing support I had -- from the party, from my union, from friends, and from strangers who agreed with my views and reached out to me. Because of this support, I was shielded from most of the invective. I saw only a small portion of it, yet that was enough to shake me. I felt that my personal safety was threatened. That's not easy to do to me.

It's difficult -- nay, impossible -- for me to understand this kind of behaviour. The whitehot anger, the fervor so easily ignited -- the immediate willingness to attack, the assumed entitlement to say anything to anyone, hiding behind the anonymity of the internet. The seeming inability to respectfully disagree. It is truly beyond my understanding.

What I think about poppies, militarism, and veterans

I wrote the now-infamous post about the poppy symbols at a time when Prime Minister Stephen Harper was flogging the war machine in Afghanistan. I have a deeply held opposition to war, and I wanted Canada out of Afghanistan.

I also link the symbolic poppy to the general militarism that infects our society -- where "support the troops" is code for "support the war". Militarism takes many forms, including recruiting in schools, honouring military members at sporting events, using weapons as entertainment, such as air shows, and for me, the ubiquitous poppy symbol.

Naturally I understand that the majority does not view the poppy symbol this way. Hundreds tried to enlighten me, as if somehow the view of the vast majority hadn't reached my ears. But guess what? I disagree.

I have never written or said anything that disparages veterans. On the contrary, the pages of this blog are replete with disgust for the governments that disrespect veterans by slashing funding for their health and rehabilitation. My "11.11" category is about peace. If wanting peace disrespects veterans, we are living in an Orwellian nightmare.

I have no doubt that for some people the poppy is a potent symbol, and that they believe wearing this symbol shows respect and reverence for veterans. I have never suggested that other people shouldn't wear poppies. I simply choose not to wear one. (I don't refuse to wear one, as the memes said. I choose not to.)

To me, if we truly want to support veterans and military servicemembers, we must do two things.

One, create and fully fund a robust array of supports for people who have suffered from war, to support their physical and mental well-being. Our society does not do that.

And two, stop making war. Stop creating veterans. Search for ways to resolve conflicts that do not involve killing people. And never use war as a means to profit.

Until these things are done, you can cover yourself in poppies, and your "support" and "respect" will be as false as the plastic flowers you revere.

A final word about respect

I don't disrespect veterans. But I don't automatically respect someone because they are a veteran.

Many people contribute to our society through their work or their passions. Others harm our society with selfishness, greed, violence, and unkindness. When people are kind and generous, when they act with compassion and integrity, I respect them. When they do the opposite, I do not. This is as true for veterans as it is for teachers, social workers, nurses, or politicians.

People who hurl crude insults at strangers because they cannot abide a difference of opinion, but who claim to love freedom and respect veterans, are ignorant wretches. I don't respect them. I pity them.
Posted by laura k at 6/08/2018 09:30:00 AM

You are a very wise person.