congratulations to the people of ireland! #repealedthe8th 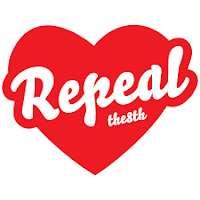 While this blog was offline, an amazing and incredibly important thing happened: the people of the Republic of Ireland affirmed the human right to control our own bodies.

In a referendum to "Repeal the 8th" -- so-called for the Eighth Amendment of the Constitution of Ireland, which gave equal legal status to women and embryos or fetuses -- the overwhelming majority of Irish people voted yes to repeal the total ban on abortion.

For me, the way this happened was almost as important as the result: it was a true grassroots organizing campaign. Person to person, street by street, town by town, Irish people talked and discussed and declaimed and debated. The vote was overwhelmingly in favour of repeal: 66.4% voted to repeal. With this, Ireland has at last "stepped into the light". 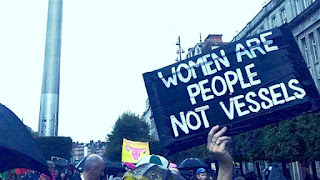 One of the most touching details of the #RepealThe8th campaign was #HomeToVote, which saw Irish citizens living all over the world traveling to Ireland to cast their vote to repeal. Reading #HomeToVote posts on Twitter had me weeping with pride and joy.

Can I tell you how proud I am to know someone who was part of this historic moment? I lived some of the excitement and tension vicariously through my friend and former Haven conspirator.

The good folks at Abortion Support Network caution that it will be a while before abortion services are actually available in Ireland. Laws must be written and enacted, services must be set up. Travel to England will still be necessary, so donations and assistance for the journey are still very much called for.

The other caveat: Northern Ireland. Although Northern Ireland is part of the UK, abortion services have been banned there throughout, and repealing the 8th Amendment didn't change that. But it's coming. It's definitely coming. Freedom to Northern Ireland: you're next.