why is someone from the house of commons and office of privy council reading my blog for hours?

The Statcounter for wmtc shows "multiple visits spread out over several days" from an IP address in the House of Commons, and a separate visit from the Office of the Privy Council.

This visitor or visitors spent time at several of my "greatest hits" posts, information about my new career, my bio at The Mark, various essays, and a good deal of time searching for "ndp cooksville east mississauga kaminker" and "kaminker member ndp", and the like.

The entry post was this: july 1 2012: national stop harper day. I noticed this post was tweeted a lot yesterday by many anti-Harper Twitter accounts. No doubt government operatives are monitoring those tweets.

Sorry for the small font. There were so many, I could barely fit it in one snip. 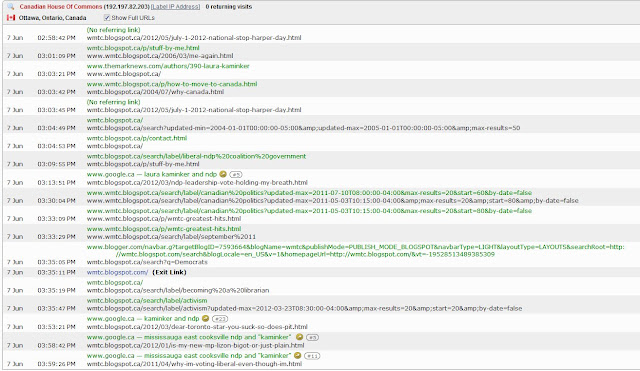 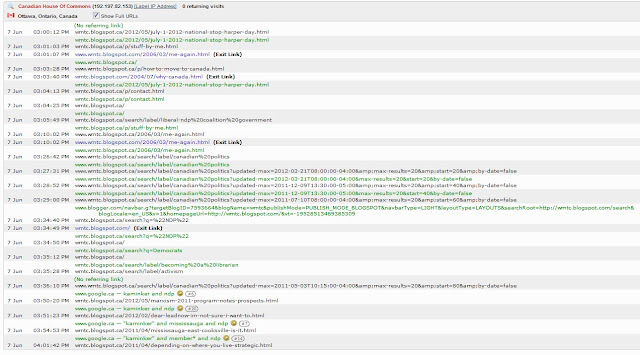 Is the Harper GovernmentTM trying to show a connection between National Stop Harper Day and the NDP? (I have no idea if there is a connection.) Do they think "Stop Harper" is meant to be taken literally? Should I expect a visit?