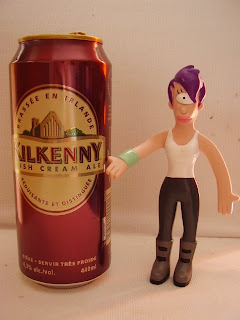 This just gets better every year. There were 30 people, seven (!) dogs, mountains of incredible food, plenty of liquid refreshment, and perfect weather. As a bonus, $150 appeared in the Campaign donation jar without a word from me.

I never had a potluck before. It was a big challenge for me, letting go of my natural inclination to organize and manage, trusting other people to contribute. That means, in essence, realizing that I have friends. It was a great experience.

And as M@ said yesterday, the potluck is proof that collectivism works. The food was amazing! And there was a lot of it. I had to force people to take home leftovers, and our fridge is still full.

The wtmc3 volleyball game resulted in continual fence-climbing to retrieve the ball from neighbours' yards. So this year I cleverly thought of low-to-the-ground games: bocce ball and croquet. Initially people were reluctant, but eventually 10 or so people split up into two teams. Try playing bocce with dogs running around, and one of them a retriever! But I think they had fun.

Tala never stopped running around, sometimes bullying a lovely dog named Chelsea, often chasing a puppy named Quincy (and barking in his face). Cody charmed everyone with her sweet calmness, and sometimes took a break inside by herself. This morning she is sleeping it off with some extra pain meds. Tala? She's back to patrolling the perimeter for squirrels.

Allan, as always, made my birthday an incredible day, full of thoughtful, creative gifts, cards and indulgence. After everyone left last night, I discovered that one of the reasons I had such a good time was because he worked his tail off. He should have asked me for help! But he didn't. So this morning I left him to sleep in while I did all the cleanup.

I recently blogged about a difference I've found between my activism in New York and in Toronto. Here, it's been much more social. I've made friends - and found community - through activism here in a way that never happened in New York. At the time, I said I didn't know if it was specific to my experience, or if it was a New York thing, or a Canadian thing, or what.

Last night, I was so pleased to finally meet Adam and Eric from Canadian Boomdiada, who moved here from San Francisco. Talking about their move and the differences they've found, Adam said, "Everyone is so friendly here! We have more friends after a year than we ever had in San Francisco!"

I thought, ohmygod, me too. I had friends in New York, of course, but I lived there for 22 years. I've lived here just under four years and am surrounded by a richness of community and friendship that I've never had before. We've had a big assist from the internet - all the great people I've met through this blog. But it's much more than that, because the internet can start a connection, but it can't create friendship. People do that.

I think it's Canadians. People who reached out to us, who immediately accepted us, people who are open, friendly, accepting, trusting, giving - and fun.

I am so lucky. Thanks, everyone.