no pride in war 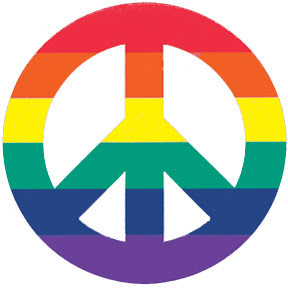 Today's Pride Parade in Toronto will feature the "No Pride in War" contingent, organized by CUPE Toronto District Council and Educators for Peace & Justice. From the organizers:

Take a stand against the military presence in our Pride 2009 celebrations. Help us as we unfurl the beautiful billowing banner boldly proclaiming:

NO PRIDE IN WAR!

Pride is political! Queer rights are meaningless without human rights!

Demand:
An end to the militarization and corporatization of our Pride!
An end to military recruitment. Hamilton Pride has done so; why can't we?
An end to Israeli Apartheid!
Indigenous sovereignty!
Status for all! Justice and dignity for immigrants and refugees!
An end to Canada's occupation of Afghanistan!
An end to colonialism, imperialism, occupation and war!

March with:
Educators for Peace and Justice
Teachers for Palestine
Queers United Against Israeli Apartheid
No One Is Illegal
Toronto Coalition to Stop the War

...and other peace activists who march under the rainbow flag.

I'm working today, of course, but if I were marching, you know this is where I'd be. Consider making your Pride celebration about more than your own rights: make the connection to the rights of all people to live autonomously in peace.