the return of a gardenette, plus worms (but no scary pics) 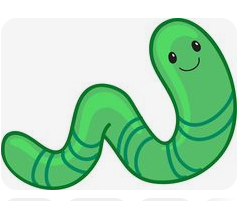 When we moved into our house, the grounds were spectacular. Even in this area where seemingly everyone gardens, the former owners were masters. There were beautifully designed flower groupings everywhere, nine huge raised beds, an herb garden, a large (and locally famous) raspberry patch, a greenhouse, and chickens.

It was the perfect house for an avid gardener... but too bad, we bought it!

We asked the sellers to remove the greenhouse and the chicken coop (and the trampoline), and we removed the raised beds ourselves. Our backyard is a canine playground. We've spent a lot of money, time, and effort making it safe for She Who Cannot Be Contained. We mow the lawn and do a bit of raking and pruning, but serious yardwork is not our thing.

However... we did experiment with a tiny garden in Ontario, growing tomatoes, zucchini (a supposedly fun thing I'll never do again), eggplant, and a few herbs. I enjoyed this on a small scale, with zero intention or aspiration to expand.

While our backyard is a dog park, our front yard gets a lot of sun, and the dogs aren't loose there. So I'm going to try a very modest vegetable garden in the front. In our climate, you're supposed to start tomatoes indoors, so I've done that, and will soon be planting carrots, beets, and basil outside.

I'm also trying composting for the first time. However, in an area where bears saunter into yards to dine off fruit trees, there's no way I'm composting outside. There are supposedly ways to make outdoor composting bear-safe, but it sounds quite complicated, and -- at least where we live -- foolish and dangerous. Reading about indoor composting, I quickly decided I wanted to try vermicomposting, which is the fancy way of saying composting with worms.

The internet is loaded with information about DIY worm composting, the usual "all you need is this!" sites and videos. Reading more deeply, I learned -- as with most things -- that there are myriad ways to fail at vermicomposting. If you've been reading this blog for a while, you may know I am not a DIYer. Growing vegetables at all is enough DIY for me!

I investigated various options, and decided to buy a worm habitat from WormBox.ca. After much research, I ordered this Urban Worm Bag, and got a great deal on all the accoutrements needed to create a comfy worm environment. And then -- yep! -- I ordered worms on the internet! One pound of Red Wigglers -- about 1,000 worms -- are on their way from Montreal to Vancouver Island.

I'm not posting pics, as many people are phobic or just grossed out. But I enjoy the wriggly creatures and look forward to adopting them.

Worms...ugh. But best of luck with your garden!

We don't have much kitchen garbage: mostly coffee grounds with some cabbage leaves, onion skins, banana peels, like that. Even though that garbage never sees meat or pasta or bread or bones and so on, the dogs adore nosing through it, the triumph of hope over experience, I guess.

Anyway, composting seems like more trouble than I want, though my son loves his black gold and is always trying to convert me. We just dump the stuff in the garden when there is nothing there the dogs can screw up (seedlings, young plants) and otherwise alongside the garden where I always imagine a new row opening up, seasoned with years of middening.

John, that sounds so easy, how wonderful. Definitely not an option here, from both dogs and bears.

Thank you for your order and for mentioning us! I did add a free product to your package.

Let me know if you have any questions. It will be a pleasure to help you.

Thank you, Fred! How nice of you to post here. The customer service has been great.