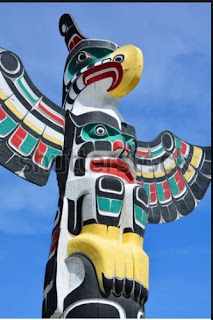 We are moving to Vancouver Island! As soon as I find a good library job there -- which may be very soon -- we are giving notice, packing up, and driving across this beautiful country in a little car with a big dog in the back seat.

Why are we moving there? Short answer: because we want to.

The full answer is multifaceted.

I've always wanted to experience life in a small town. The question always was: what would we do for work? Our previous employment was conditional on living in or near a large city. One of the many reasons I chose a library degree for my new career was its portability. Every little town has a library. Maybe I could work in one.

Now I'm settled in Mississauga, which is neither big city nor small town, but a massive sprawling suburb. There are many nice things about living here, but this neither-nor is just not me. Mississauga is also physically ugly. A few years ago we visited our family on the US west coast, in an incredibly beautiful area. When we got home, I saw Mississauga with fresh eyes -- and it was depressing. The strip malls, the concrete high-rises, the massive blocks of townhouses squeezed into every available piece of land. Every few kilometres, everything repeats itself -- the same stores, the same restaurants, the same the same the same. I just found it ugly and depressing.

I have a great job here, and I'm very aware that if I do nothing, I will play out the rest of my library career in Mississauga. And I don't want that. This just doesn't feel like my final destination. I want something else. Something more beautiful, quieter, less commercial.

When we moved to Canada from New York City, most of my family lived in the NY-NJ area. Now most of them, including my 87-year-old mother, live on the west coast of the US. Vancouver Island is a lot closer!

When it comes to family, it's not a perfect move. We do still have family in New York, New Jersey, and Vermont. But there is a way to find that small town, and that natural beauty, and still live near family.

My strongest ties in Mississauga are to my union team, an incredible group of women who I love working with, and who I'm proud to call friends. But that is a moment in time. I had already decided not to stand for re-election for local president. I'm ready to have more time in my life. So the thing that I'll miss most would be ending anyway.

In April, we spent 10 days on the island, visiting towns and libraries to get a feel for the possibilities. The more I saw, the more I liked. Since then, I've been looking at job postings... and this week I announced to my employer, management, and to our members that I'm stepping down. (Expect more frequent posts!)

There is a downside, and it's a tough one: rental laws in BC are not pet-friendly. Unlike in Ontario, landlords in BC are allowed to exclude pets. And they do. A good 90% of the rental ads I see say "no pets". This is very discoouraging, and a bit scary.

Labels: becoming a librarian, moving to bc, personal, vancouver island