my plans and hopes for our big life change 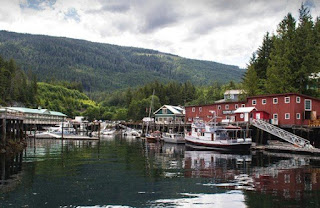 We are moving west for several reasons. One is a lifestyle change. I've adjusted to living in the sprawling suburbs, and while we were living in a (rental) house, it was nice. But for the last 2-1/2 years we've been living in an apartment. A nice apartment, and a large one, but what's the point of the suburbs if you don't have a backyard?

Soon we will have a big yard, a deck -- and the ocean very nearby! I want to spend more time outside. We're not super outdoorsy, but I love to walk and hike, and I would like to kayak now and again. We're about to have a huge wilderness area in our backyard. I want to experience it as much as I can.

I have two goals.

In 2019, I will take a break from activism and focus on improving my fitness level. Although I've never been thin, I was in good aerobic condition and had good muscle tone -- until I started grad school in 2009. First school plus two jobs, then becoming a local union president, made physical exercise sporadic at best. My fibromyalgia demands I get adequate rest. Something always got pushed off the schedule, and it was almost always exercise. Now it's almost 10 years later, and I don't like how it feels.

Another change I want to try involves travel -- how often, where to, and why.

There are few things I love as much as travel. It feels more like a need, an addiction, than a pastime. But these days, some of my hunger to see new places has abated. I just want to travel -- anywhere. There are still dozens of places I'd love to see, but I notice that any travel, to anywhere, feeds the need. A big, special trip -- like Egypt last year, or Peru in 2006 -- slakes the thirst for a long time. But a short trip to a place I know well also quiets the bug, just for a shorter time.

Since we moved to Canada in 2005, all our family has been long-distance. This has sometimes caused conflict between wanting to visit people, and wanting to travel someplace new. Moving to Vancouver Island, we'll be closer to some family and farther from others, but everyone will still be long-distance.

So here's what I'm thinking. I'd like to try traveling primarily to see friends and family, plus local exploring, and see how that feels. That alone includes Vermont, Boston (Fenway Park), New York, New Jersey, California (both SoCal and the Bay Area), and Oregon. It could also include Florida, Maryland, Texas, and Alaska, if we wanted. And the GTA! We would see family and friends, and get some travel in at the same time.

Labels: immigrating and moving, moving to bc, personal, self-improvement, travels