I've gathered some thoughts about several novels I read but neglected to write about. I enjoyed them all to varying degrees; all are worth reading if you enjoy the type. This is the first of three posts. 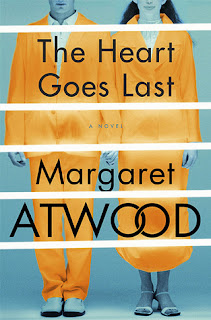 The Heart Goes Last by Margaret Atwood is a subgenre we don't see enough of: the dystopian comedy. We're in the future, one in which the entire economy of the United States has collapsed. Formerly middle-class families are living in their cars. Gangs of menacing scavengers roam the landscape. No one knows what happened -- some complicated financial dirty dealings went awry. It all looks very familiar.

Now some clever entrepreneur offers a solution to hunger, want, and anxiety -- a controlled community where there are jobs for all and every need is met. Well, yes, it partly a penal colony, and no one leaves -- ever. What could possibly go wrong?

As the plot thickens -- and reels, and loops, and spins -- we're treated to a wacky world involving blackmail, espionage, identity theft, human-organ trafficking, sex robots, Elvis impersonators, and some extremely strange extramarital affairs. The book is funnier than it is creepy, but it's plenty creepy, too. There's social commentary to spare woven into the humour, reminiscent of Kurt Vonnegut. The Heart Goes Last is bit crazy, maybe a little out of control, but very enjoyable. 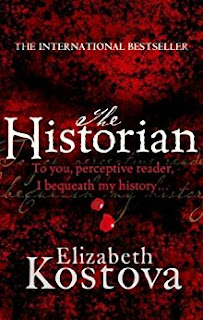 The Historian by Elizabeth Kostova is a dense blend of history and myth, suspense and adventure, gothic love story and murder-mystery. It's richly descriptive, like a Victorian novel, with a complex plot that keeps you wanting more, even at 650 tightly-packed pages.

The Historian is said to be a re-telling of Bram Stoker's Dracula, but to capture the feel, you have to throw in gothic classics like Rebecca, time-traveling magic-book mysteries like Carlos Ruiz Zafón's The Shadow of the Wind, and a dash of international intrigue worthy of old-school 007. Kostova brings off an amazing literary sleight-of-hand, seamlessly blending real-world history with the Dracula myth.

There's also a meta theme, exploring how history is written. Even in this world of semi-fantasy, the intellectual detectives insist on primary sources, search for corroboration, and form no assumptions or conclusions without adequate evidence. And if this isn't enough, the immortal Vlad Drakulya has a thing for librarians.

The story is told in several concentric threads of narration. You'll need to suspend disbelief that anyone could have recorded such brilliant detail in a series of letters. But this letter-writing device alleviates the need for an entire novel that is told rather than shown -- something that has ruined more than one book for me. Don't let the vampires stop you; this is a very impressive and enjoyable novel. 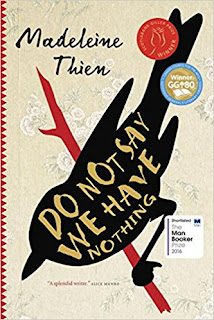 Do Not Say We Have Nothing by Madeleine Thien is another dense, multi-generational saga. The narrator, living in present-day Vancouver, relates the story of her father, a brilliant Chinese classical musician who was pushed to suicide by the cruelties of Mao's so-called Cultural Revolution. (File that sanitized expression along with ethnic cleansing, both more properly called genocide.)

The narrator's father, and others like him who have devoted their lives to music, suddenly find themselves branded as enemies of the state. They are arrested, humiliated, sometimes tortured. Thien uses their family saga to tell the stories of the Cultural Revolution and the 1989 massacre in Tiananmen Square. Both are seen through the lens of musicians and their love for now-forbidden beauty.

There are many plot lines, spanning two continents and several decades, and many reflections about the effect of history -- both global and family -- on our lives.

Do Not Say We Have Nothing was the winner of the 2016 Giller Prize, considered the most prestigious Canadian literary award. It's not an easy novel to read, but it is well worth the effort. 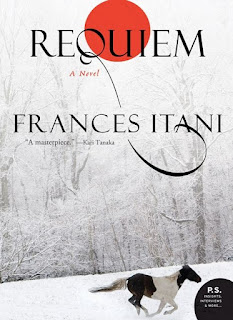 Requiem by Frances Itani is also a historical novel. It is a fascinating, heartbreaking, and deeply satisfying read.

The narrator of Requiem, Bin Okuma, is a Japanese-Canadian visual artist recovering from the sudden loss of his beloved wife. As he drives across Canada to reunite with his aging father, he recalls childhood memories when his family was forced out of their fishing village on Vancouver Island -- given two hours to take what they could carry before they were herded into detention camps. While their white neighbours looted their homes, the men and older boys were separated from their families. No one knew where they were being taken or what would happen to them.

From filthy, reeking farm-animal pens to the brutal cold of the northern interior, with no electricity, no running water, and no outside help, tens of thousands of Canadian citizens were forced to live in brutal dislocation. The legacy of unspoken anger and shame forms the powerful emotional undercurrent of this novel. I thought I knew how bad the internment was. I didn't. Itani brings to life the full weight of the injustice, physically and psychologically.

The story cuts back and forth between Bin's present road trip, his childhood memories of the internment, and his more recent memories of his wife. It's highly readable: I found myself wanting to get back to all three timelines.

I haven't yet read the other well-known novels about the Japanese-American or Japanese-Canadian internment -- Obasan by Joy Kogawa and The Hotel on the Corner of Bitter and Sweet by Jamie Ford -- so I don't know how this compares. (There is also Snow Falling on Cedars by David Guterson.) But Requiem is very immediate and moving, a memorable read.

Locally, Requiem was chosen as the first One Book One Mississauga. It was an enormously successful program, drawing thousands of readers in print, audio, and ebook. I found the huge interest in this novel very encouraging -- a positive force for our understanding of history, for the world we want to build, and for the stubborn persistence of reading as a shared personal and social value.
Posted by laura k at 3/11/2018 04:00:00 AM