from the front lines, day four

Every day, more and more members are coming out on the line!

At least 250 people were at Thursday's morning rally and lunch-time barbecue with CUPE Ontario. Spirits were very high, and we were NOISY!

We were joined by members of many other unions:

Our afternoon visit from National Treasurer Charles Fleury was a bit more subdued, but still important. Before coming to Celebration Square, Charles had visited our sisters and brothers in CUPE Local 2974, the Essex Public Library Workers, who are also on strike. He was delivering greetings of thanks and strength. He was also delivering our second $5,000 donation of the day!

And our brothers from CUPE 3902, University of Toronto, are sending a $2,000 donation. Pretty amazing, this solidarity stuff.

The new issue of The Mississauga News has a picture of president Laura Kaminker proudly marching on the line on the cover and a very positive story inside. There still has been no word from the City, and not one word from Mayor Bonnie Crombie. However, we did hear from an unnamed source that -- pardon the expression -- huge shit-storms are ricocheting all over City Hall.

And there was an emergency Library Board meeting this week. ... Hmm, what could that have been about?

Here is the text of a letter one of our customers sent to Library Director Rose Vespa:

As a regular user of the Mississauga library system, I am disappointed that negotiations with CUPE have failed. I am also dismayed by today's report in the Mississauga News that includes CUPE's characterization of library workers' contracts as "the very definition of precarious work” with part-time workers having "no benefits, no paid sick time or bereavement leave and no paid vacation" and "nothing but a constantly changing schedule that prevents them from holding down a second job, yet offers only 12 to 16 hours a week, often less." I am sure that neither you nor I would want to have to work in those conditions. I do hope that the city will make a better and more compassionate offer so that we can all continue to benefit from this wonderful service.

This Saturday, the Strike Committee and the Executive are meeting to debrief for the week and strategize for the week ahead. If you have ideas that you want to pass along, we are listening. 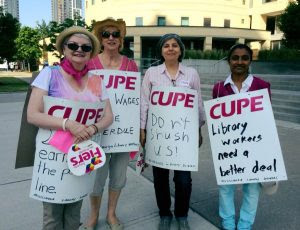 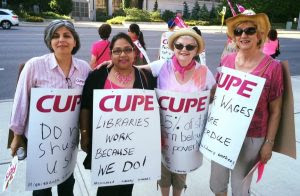 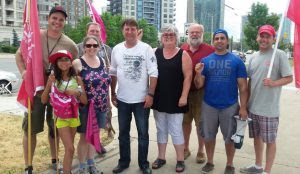 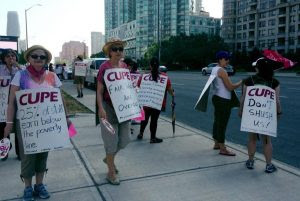 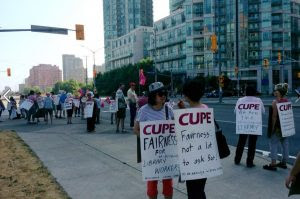 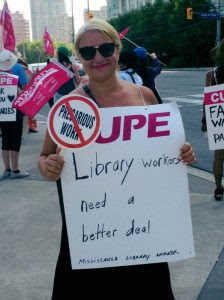 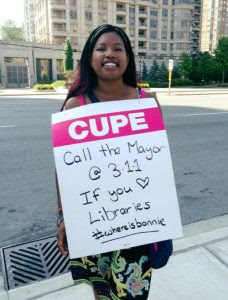