from the front lines, day 11

On Thursday, striking Mississauga library workers visited various branches in the system to talk with members of the community. Here are some reports and pictures.

"Our group was quite small, but had a big impact. We saw many patrons that attend our programs regularly. Many were picking up children from camp and were happy and surprised to see us. All were very supportive. One lady took the letter and walked away, then came back to tell us how much she supported us and how wrong it was that our Library Director got a 7.3% raise along with what City Manager Janice Baker makes ($280,000/year).

"We even had two patrons that are both former employees show up to support us, and bring us a snack. One even went to Staples to photocopy more handouts for us!! This was amazing and we were so grateful since we had almost ran out of flyers by then. We are looking forward to seeing more patrons tomorrow!"

"People in general were happy to see us. Most of customers took our flyers and stop to talk. We took turns walking around to the back of the building and also approached families around the splash pad. Our storytime - in both English and Spanish - went very well. It was a lot of fun." 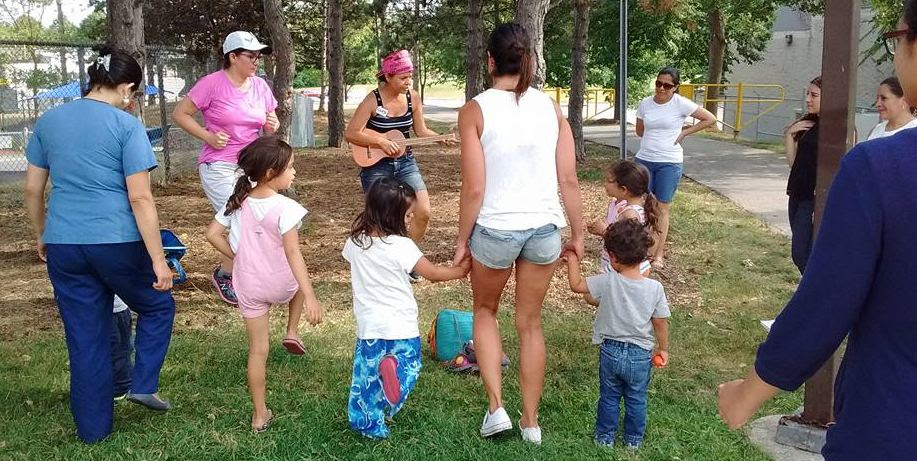 "A good day at Port Credit. We had a lady pull in with Timbits. She is so angry with the way we have been treated. I think she was also at Central on Wednesday with treats. She is a Lorne Park patron. She has emailed and called. It's nice to know we have someone on our side. We walked Lakeshore and engaged people; no one refused our flyer. One business owner taped it on his front window facing out for all to see.

"Customers were very supportive. Every person we talked to promised to email the mayor (they didn't even want to call 311). One man said he is a fellow union member and would email the Mayor as soon as he got home. Three mothers, each with three kids, were disgusted by how the library staff has been treated. They've been attending various programs at Port Credit and Lakeview and also promised to email the Mayor. One 7-year-old girl wanted to hear a story so we sat down on the grass, reading. I told her we'd be back tomorrow if she wants to hear more stories. (She asked her mother if they can come back.)

"I talked with around two dozen people today in Port Credit, and after I briefly explained some of the issues, every single one of them was on board with our cause and very supportive - even the ones who were initially hesitant. We also paid a visit to MPP and Ontario Finance Minister Charles Souza's office. He wasn't in, but we said our piece to his desk staff and left our flyer. They seemed supportive, too." 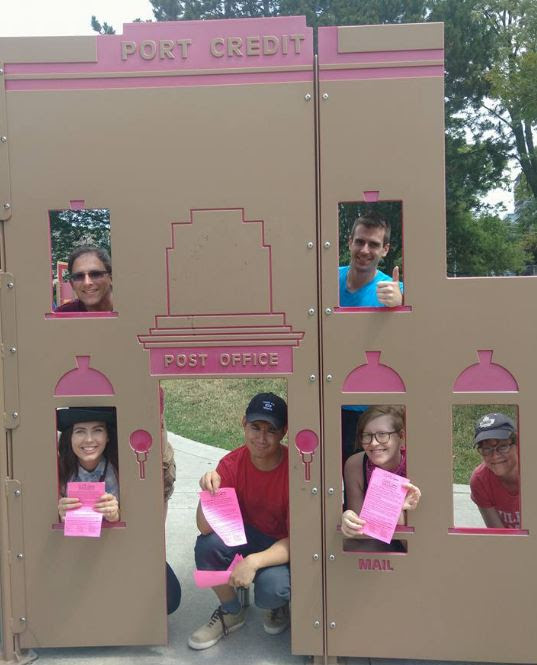 "We had people stationed at both entrances and then rotated shifts of people walking the perimeter, going close to the transit hub, and splash pad. One of us tallied the number of meaningful conversations we had as we 'roved' - approximately 200 conversations in total!

"EVERY customer we spoke to was supportive and some sent emails while waiting for their kids to come out of programs. Malton Neighbourhood Services took flyers to give to LINC students who apparently are waiting every morning for the library to open. Malton Neighbourhood Services are supportive and are sending emails. They are also bringing flyers to the Malton United for Youth meeting this Tuesday."

"I went to Service Ontario in the Sheridan mall and got stopped by customers there. They all want to see is back at work, but are totally supportive of our fight. One daily customer told me her story of her precarious work at the shoe store. Not one customer yet has offered anything but support. Every conversation reminds me why I go to work every day and love my job - the public we serve!" 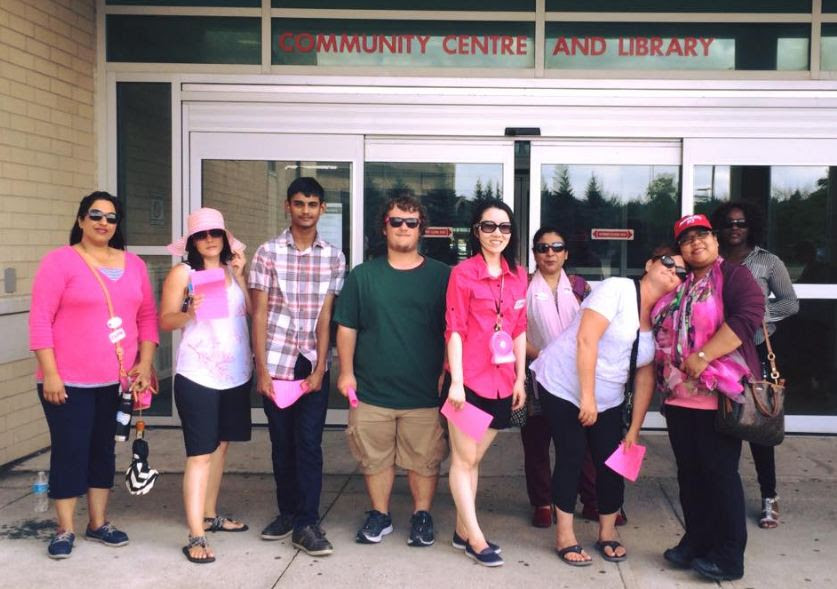 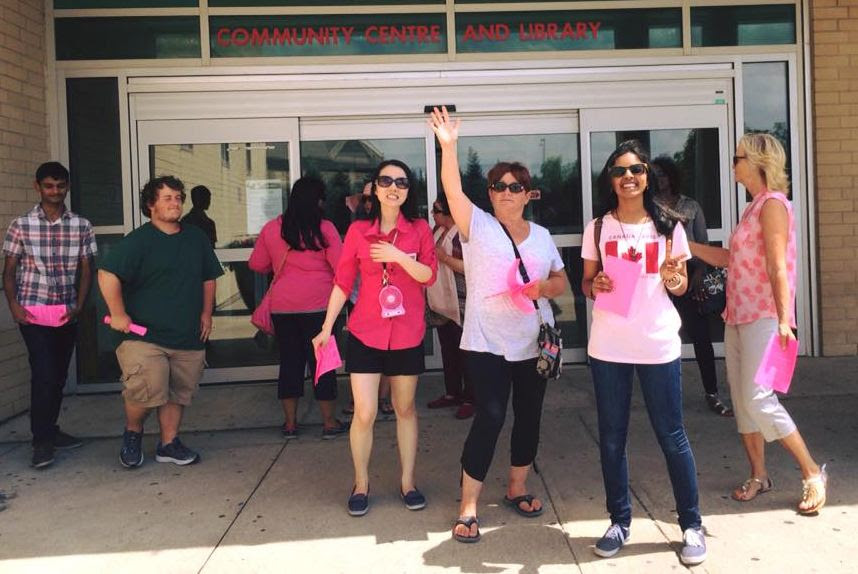 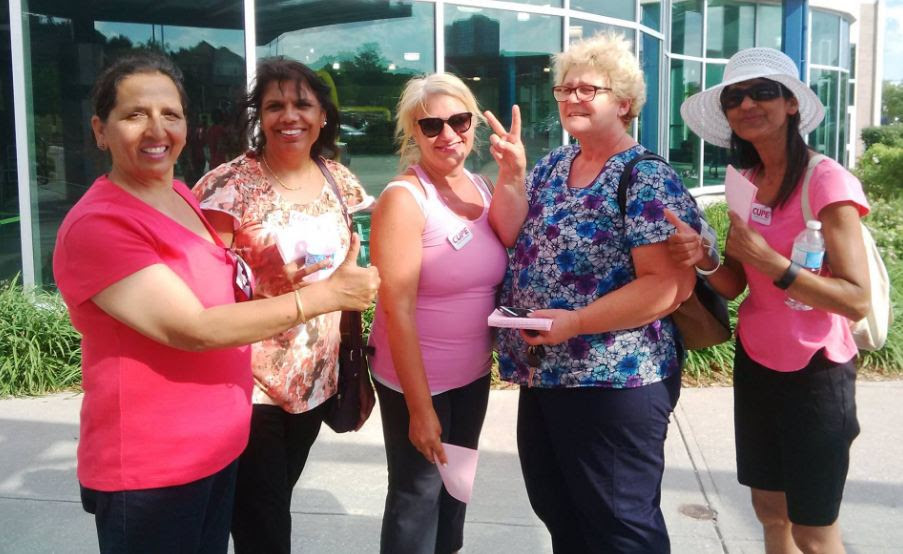 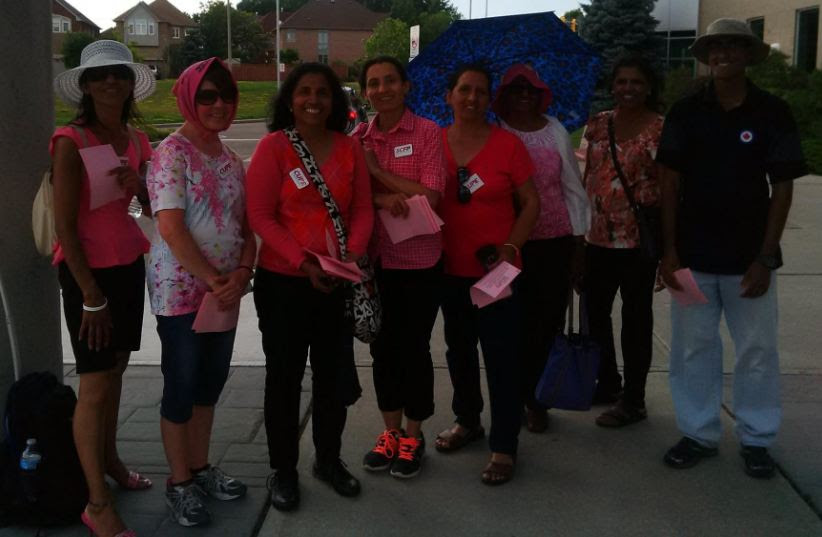 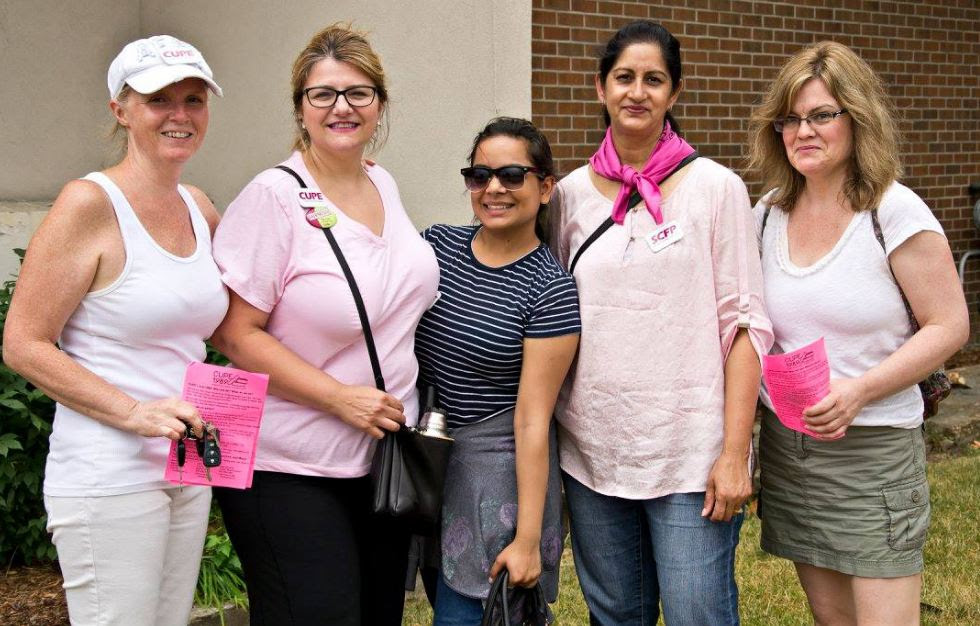 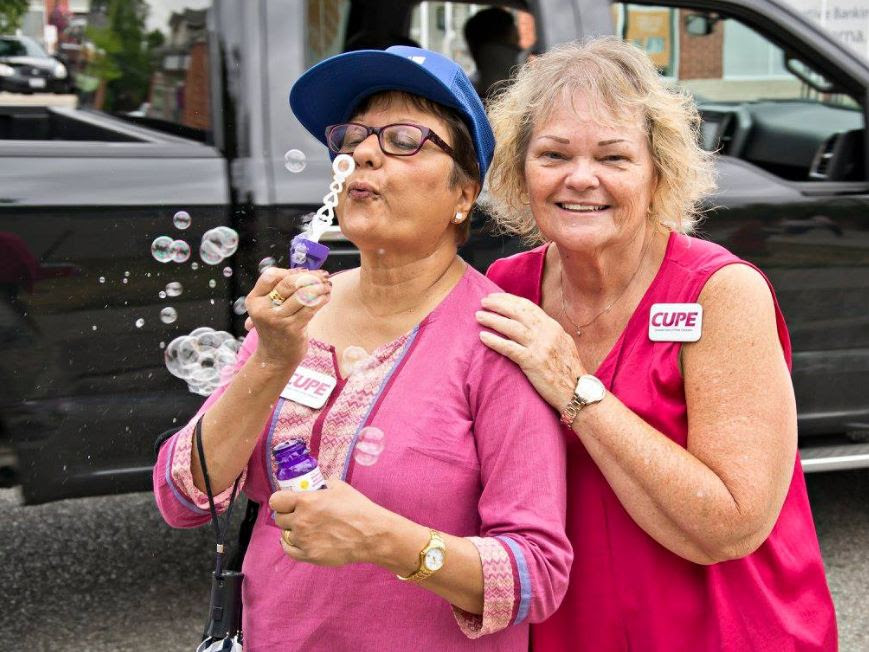 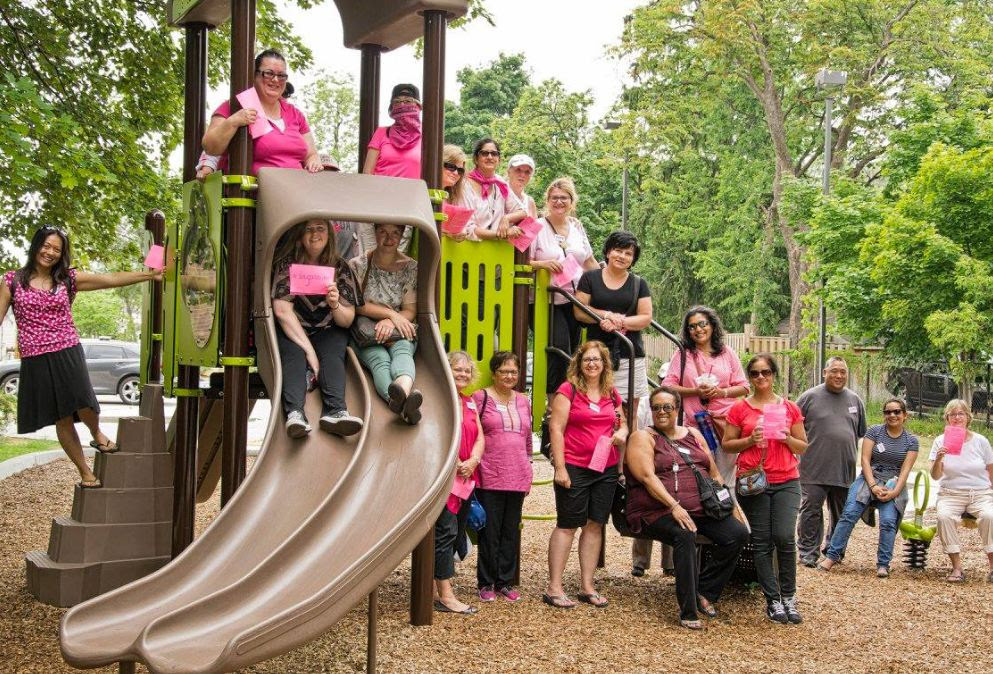 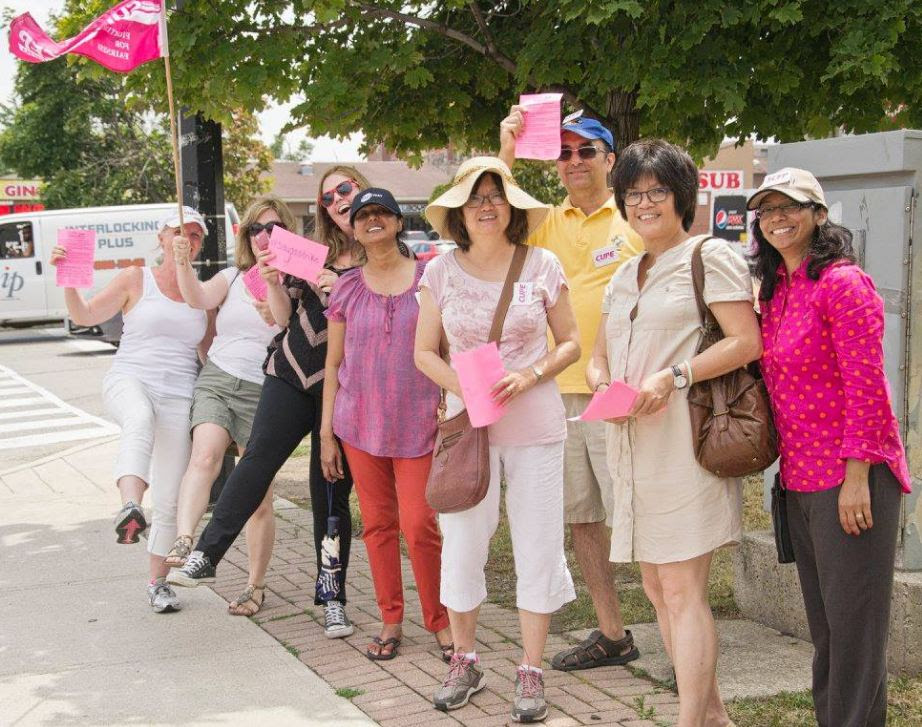