This is the first post in an occasional series about children's books. My plan is to intersperse children's books among my usual reading, and to write short reviews of several books for young people in one post.

In each, I'll include one or two older books thought to be classics, and give an opinion on the question: Does this book hold up? Is it still relevant and accessible to children today? Would I suggest it to a young reader, or is there a contemporary equivalent that I'd choose instead?

I'll also write about two other children's books that I recommend.

Borrowers are tiny creatures who look like miniature people, live in human homes, and re-purpose human belongings. If you're missing a thimble, a Borrower might be using it to strain spaghetti. Your missing bandanna might be a blanket for a king-size Borrower bed. When you lose something that you just know is in the house somewhere, but you can't find it, perhaps a Borrower took it.

The premise of The Borrowers is a terrific idea, but the books are old, and they are British, and may make unsatisfying - or incomprehensible - reading for a child in Canada or the US today. The language and the sentence structure may be too inaccessible. References to hat pins, darning, breakfast rooms, cupboards, and a hoop (as a toy), all in the first few pages, are likely to be off-putting. 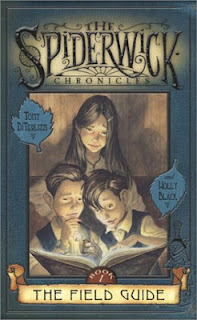 A similar fantasy concept forms the basis of Tony DiTerlizzi and Holly Black's The Spiderwick Chronicles: three children move into an old estate and discover a world of fairy creatures living in the walls and floors. The ensuing adventures are a little scary and a little gross, full of vivid descriptions and lots of action. The childrens' personalities and issues will ring true to most readers. And it's all complimented by beautiful Gothic-style illustrations.

From the Mixed-Up Files of Mrs Basil E. Frankweiler is a classic 'tween novel about a girl and her younger brother who run away from home and hide out in New York City's Metropolitan Museum of Art. Claudia's issues - feeling underappreciated, wanting to separate from her family and have her own adventure - are universal for young readers. The art-world mystery the children discover, and their new relationship with a surrogate grandparent, develop quickly and feel relevant. While some details feel dated - Claudia saves her allowance for a $1.40 train fare, her brother Jamie buys a transistor radio - I think young readers will easily glide over these and enjoy the story. 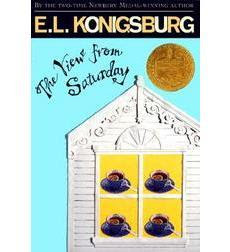 While I wouldn't avoid From the Mixed-Up Files, published in 1967, if I were introducing a young reader to the joys of E. L. Konigsburg, I'd start with 1996's A View from Saturday. Four misfit middle-school students will represent their school in an academic competition. Chapters following their progress alternate with chapters narrated by one of the members, each recounting a story of something that changed their life. At the heart of the competition is not so much a mystery as a puzzle. The clues are not obvious - in fact they're a little convoluted - but good readers won't be put off. Funny, touching, insightful, A View from Saturday is an excellent 'tween novel that will resonate with many readers. 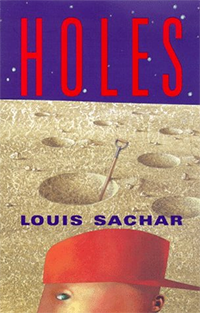 Stanley Yelnats has been accused of stealing a pair of sneakers from a famous baseball player. Despite his innocence, he is found guilty. That's typical for the Yelnats family. If it weren't for bad luck, they'd have no luck at all.

Stanley is sentenced to 18 months at Camp Green Lake. Camp Green Lake isn't what it sounds like. It's not a camp, there’s nothing green, and there’s no lake. In fact, there’s no anything – it’s in the middle of the desert in Texas. Nothing for miles and miles around but dry, flat, earth under the baking sun.

Every day, every boy has to dig a huge hole under the hot desert sun. The digging is supposed to turn them from bad boys to good boys. But maybe that’s not the real reason the boys are forced to dig holes. Stanley starts to realize that the warden at Camp Green Lake is looking for something. Something buried in the desert, a long time ago. What is she looking for?

Holes is a story of mistakes and redemption, of the past echoing in our lives, and of our ability to create our own lives in spite of the past. Holes is one of my favourite books, and one of the very best books for young people that I've read. 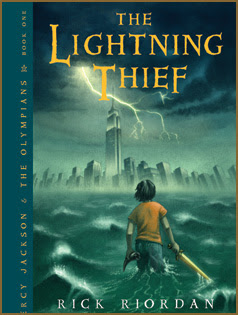 Rick Riordan is one of the most popular children's authors, and the moment you begin The Lightning Thief, you'll know why. The sentences fairly leap off the page, packed with action and vivid descriptions. Even reluctant readers may feel as though they're watching a movie.

Twelve-year-old Percy Jackson feels mired in a life of failure and loss, until he begins to discover his true origins and his destiny. The discovery sets Percy on a hero's journey, a quest to save his friends - and save the world. The present day coming-of-age and the fantastical hero's journey combine, as the realistic world mixes with a world of ancient gods and mythological creatures.

The Lightning Thief is super fast-paced; the narrator's voice is funny, sarcastic, and hip. Kids pick up this book and are riveted on the spot: I've seen boys read the whole novel in the library in one sitting, then go to the shelf to search for the next installment.

Rick Riordan has written two Percy Jackson serieses - Percy Jackson & the Olympians, and Heroes of Olympus - as well as The Kane Chronicles series, and several books for adults. Riordan also began the very popular (and excellent) children's series The 39 Clues. Few children's writers command as loyal and avid a following as Rick Riordan. See his website here.
Posted by laura k at 12/24/2012 11:00:00 AM