voting for obama because of the supreme court? please check your math 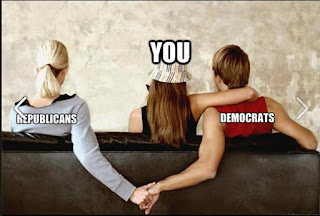 When making the case for the differences between US Democrats and Republicans, many people's first thought is the Supreme Court. High on their list of the importance of SCOTUS is usually Roe v. Wade, the case that established abortion rights for American women. There was a time when I would have wholeheartedly agreed with both of these assessments - but that time has long since passed. Yet so few USians seem to realize it.

More significant, though, is the relevancy of Roe. The tremendous focus on whether or not that case will be overturned is about two decades out of date. From the earliest days of the Reagan administration, when the anti-choice movement began to raise money and stock state legislatures in earnest, laws restricting abortion have been passed in every state in the country. The majority of those laws have been allowed to stand by successive Supreme Courts, long before the Republican-appointed majority. The two most important cases in this regard were Webster, decided in 1989, and Casey, decided in 1992. In 2007, things got worse with Stenberg, then Carhart. (Note that the Wikipedia entries for those cases use the non-medical, propaganda term "partial-birth abortion," a procedure which does not exist.)

Over this period, as restrictive anti-abortion laws continued to pass in almost every state, anti-choice lobbyists and state legislators felt free to float increasingly restrictive - and often, downright insane - legislation. In the past few years we've seen laws that would have been unthinkable 20 years ago, such as South Dakota's 72-hour waiting period and mandatory anti-abortion counseling. Fourteen states now have near-total criminal bans on abortion, despite the unconstitutionality of the laws. These include Massachusetts, Vermont, and Delaware.

Last year, anti-choice legislation reached feverish proportions. Indeed, 2011 marked the highwater mark for state laws restricting access to abortion. WaPo columnist Ezra Klein got the math from the Guttmacher Institute. And although Klein is pro-choice, this post from last December illustrates some of the problem with current pro-choice thinking in the US.

[In 2011], [s]tates passed 83 laws restricting access to abortion, nearly four times the 23 laws passed in 2010. A lot of that had to do with the 2010 elections, which ushered in a wave of Republican legislators and governors. This year, the number of states with fully anti-abortion governments — in which both the governor and the legislature oppose abortion rights — increased from 10 to 15.

That cleared the way for new restrictions. Five states banned all abortions after 20 weeks of gestation; until last year, only Nebraska had such a restriction. Seven now require an ultrasound, or the offer of one, prior to the procedure. Eight will no longer allow private insurance plans to cover the procedure. A handful of states are, to this day, battling the Obama administration over whether they can bar abortion providers, such as Planned Parenthood, from receiving government funds, even for the non-abortion services they provide.

Some of those restrictions will likely prove more of an ideological statement than a practical obstacle to abortion. A small minority of abortions happen after 20 weeks, meaning that a ban on such procedures won’t touch most patients. Abortion rights supporters have not challenged the new laws, mostly for that reason: While many argue the laws are unconstitutional, they’ve questioned whether a major legal fight over a late-term abortion law affecting relatively few women is their best strategy.

That last paragraph speaks to the true horror of this trend. Many women need abortion services after 20 weeks because of all these restrictive laws! Mandatory waiting periods mean multiple appointments, usually entailing travel and child care expenses - and all the while the termination procedure becomes increasingly expensive and further out of reach. In the abortion-access movement, that's called "chasing the funds". By the time a woman has scraped together $800 for a 15-week procedure, she's 18 weeks along and the cost is $1100. And by the time she finds the additional $300, she's 20 weeks, and the cost has doubled, and no one in her area will perform the procedure. So, in reality, a 20-week ban hurts many women - all low-income and uninsured.

In 2005, I wrote an essay called "For Millions of American Women, Roe Is Already History". In 2008, in response to a column by Globe and Mail columnist Margaret Wente, I documented abortion restrictions by state as of July 2008. The lists in that post are now horribly and tragically out of date. Here are the most recent lists and maps from NARAL Pro-Choice America. I encourage you to explore them.

When Roe v. Wade is overturned - an outcome most people within the movement consider a foregone conclusion - many states will ban abortion outright, some states will not criminalize abortion but will severely restrict it (as they currently do), and some states will continue to allow less restricted abortion services. But on the ground, very little will change for most American women, who right now have no access to family planning services of any kind.

Those Americans who feel it's important to vote Democrat will vote and should vote for Obama. But if you think that your vote is somehow keeping abortion safe and legal because of Supreme Court appointments, please check your addition. Five plus four equals six plus three, and both equal the end of Roe.
Posted by laura k at 11/02/2012 07:00:00 AM