from the archives: all over the world, i tell people where to go 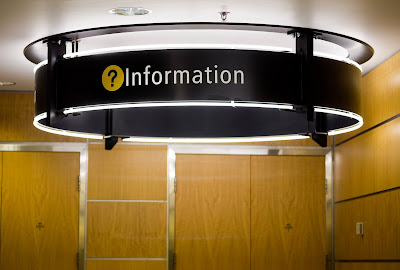 On our recent trip to Oregon and California, I made a note every time someone asked me for directions.

That may seem like an odd thing to track -- unless you're well-established as a magnet for The Lost. Not the spiritually lost. The physically lost and uncertain.

On this trip, we remembered three times: near the dog park in Berkeley, on a street corner in San Francisco, in a parking lot in Portland. It's possible there were others we didn't note and forgot. We shared a laugh: it still happens.

It is not lost on me that for my second (or third?) career, I chose a profession where I help people find information. I'm pretty sure I used this, in much shortened form, on my graduate school application essay. (Little did I know I could have written gibberish and been accepted. Are you a live body who will pay tuition? You're in!)

Being asked for directions during my first trip to Portland reminded me of an essay I once wrote -- really just a piece of an essay that I tinkered with now and again, back in pre-internet days when we wrote things and sent them to people who might publish them. I'll use this occasion to publish it myself.

Hello, my name is Laura and I give directions.

I don't wear a button, but I might as well. Everywhere I go, people ask me for directions.

It is a rare subway trip in my own city that I am not approached. "Does this train go to Grand Central?" "How do I get to Columbus Circle?" It happens just as frequently when I travel. I had been in San Francisco less than an hour when I car pulled up beside me, passenger window rolled down, inquiring face at the window.  In Italy and France, natives and tourists alike asked me the way. On a deserted highway in rural Mississippi, in a tiny village in upstate New York, in the middle of rush hour in Chicago. They pick me out of crowds, cross the street, flag me down. They want directions, and they want them from me.

When I talk about this phenomenon, people think I'm exaggerating. That is, until they spend time with me. An old friend and I were doing errands on the Upper West Side when a woman stopped me: "Is there a crosstown bus on this street?" My friend said, "I see you're still in demand."

I've given much thought to why this is. I suppose, as a short woman, I don't appear threatening or intimidating. Perhaps as an alert city-dweller, I look alert and confident. The very first time I can remember being asked for directions may provide a clue. I was in college -- on the first day of classes, freshman year. I was nervously rushing to class, wondering where on earth I was going and what on earth I was doing, when a young woman tapped my arm: "How do you get to College Hall?" I burst out laughing. "I have no idea!  I'm a freshman!" "Wow!" she said, impressed. "You really look like you know where you're going." Together, we held her map and tried to determine where we were. But it made my day. No, it made my month. Hey, I look like I know where I'm going.

It's a responsibility I take very seriously. If I don't have the requested information, I feel like I've let someone down. (Even worse is the occasional realization that I've given someone wrong directions.) I wait while people search for pens. If the person is interested, I'll give several alternatives. I tailor my directions to their needs: Can they walk a long distance? Are they in a rush? Would they rather save the price of a token, and see the city on foot? More than once, I've told tourists that we were headed in the same direction, and took them myself.

Yes, I have walked around New York City with strangers. And, obviously, I talk to strangers all the time. Aren't I afraid? The answer is no -- and that's probably the biggest reason I am asked for directions so frequently. Contrary to what many people believe, for an adult with common sense, talking to strangers is not a high-risk business. Quickly, expertly and mostly unconsciously, I size up the inquirer, using the cues that we all use every moment of our public lives. How close are they standing? Do they appear to be headed somewhere? Where's my bag, my wallet? 99% of the askers are lost, or at least unsure of the way. When I encounter that 1%, I move away, just like anyone else.

That last paragraph now seems silly and unnecessary. But leaving aside my urge to edit, re-reading this reminded me of two episodes that didn't make it into this draft.

Near Rockefeller Center, a Japanese man stopped me. I had a very hard time understanding his English; his guidebook was in Japanese. I did get that he was looking for a bookstore, possibly a Japanese bookstore? I tried several times to work out what he meant, but finally had to say I didn't know. More than a year later, I saw an article about a famous Japanese-language bookstore in the area (and have since discovered it's part of a chain). I was so annoyed at myself for not being able to help this man! I hope he found the store.

A more amusing episode took place on the subway platform at Columbus Circle. I was on my way to my weekend word-processing job, and a family of four approached me. They were decked out head-to-toe in brand-spanking-new Yankees gear -- hats, t-shirts, water bottles, the works. The dad asked me when the next train to Yankees Stadium would arrive.

I told him there was no way to know when it would arrive, but if they were going to the Stadium, they were on the wrong platform. "This is the downtown platform. You need to go up the stairs, over to the uptown side," I said, gesturing through the path they should follow. "Then take the D train. It should say 'Uptown and the Bronx'."

To my astonishment, the man replied, "No, this is the train we need. I just want to know what time it is due."

So many things wrong with this sentence! Where to begin!

I wasn't a librarian yet, so I wouldn't have called him sir. But I was polite, far more polite than many New Yorkers would have been. "Hey, I live here, and I go to Yankee games all the time. I promise you, you're on the wrong platform. You need to go over there, to the uptown side. Also, there is no train schedule, especially on the weekend. They come when they come. Also, the game isn't until 1:00. You won't be able to get in the Stadium, and the area will be deserted."

Maybe he couldn't appear to be wrong in front of his kids. Maybe... who knows! But he insisted. And he yelled at me! Seriously, the man yelled: "This is the train to the Yankees! Do you know the schedule??"

At that point I could only scoff in his face. "Suit yourself." I shrugged my shoulders. "Have a nice day."

My train arrived, and I left. Later I shared a good laugh with a friend who I went to games with. I wonder what happened to that family that day.

The moral of the story: when a New Yorker gives you directions, don't argue.

I love the Yankee story---typical Yankee fan thinking they know more than anyone. I wonder where that guy ended up? Perhaps at Shea? :)

You do have an air of confidence and yet a friendly face, so I am not surprised that people ask for directions. Obviously you do know how to give them! I love giving directions and especially drawing maps for people---when I know where they are going and how to get there. Usually people ask Harvey (who is terrible with directions), assuming the man will know better. And I have to intervene and help them instead.

I love that! Harvey also looks friendly and approachable.

The ability to draw a map -- something you inherited from your architect father, perhaps. I could never do that! Nice skill.

Back before selfies became ubiquitous, I was always the guy people picked out of the crowd to hand me their camera and ask me to take their picture. I've probably taken more pictures of complete strangers than of people I know.

Technology probably lessened demand for my services, too. Replaced by Google Maps.

Yes, I definitely learned and/or inherited the mapmaking interest and skill from my dad. He always made sure I included a north arrow on my maps.

My own directions story.
Several years ago I went to see a band at the 100 club in Oxford Street , I was stood outside Tottenham Court Road tube station smoking a fag.
Bloke walks up me.
" Which way to Soho Square ? "
"Just up there a way ( me pointing up Oxford Street ) and turn left."
The amusing thing was I was leaning against a construction hoarding and not six inches to my left was a large map of the immediate area.
I'm not sure but I don't think he had any Yankee gear on