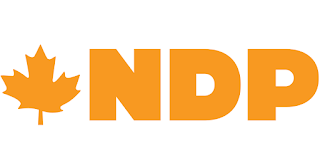 I haven't written anything about the upcoming Canadian federal election, because what is there to say? The results are depressingly predictable.

We will either have a Liberal government or a Conservative government.

Both will suck. One will suck worse, and one will appear to suck less.

In a predictable bit of circular reasoning, a large number of Canadians will not vote for a party whose values they claim to support, because that party is not "electable". Despite imagining themselves as politically savvy, they will choose not to strengthen the party whose platform they support, not to build that party for the future. They will believe they are making a smart choice by not voting for what they want. Instead, they will chose to continue down a worn path that prevents Canada from moving forward.

If the Liberals win the election, supposedly progressive people will breathe a sigh of relief, believing rhetoric and appearance over substance and voting record.

People who don't identify as progressive, but who would substantially benefit from an NDP government -- that is, the majority of Canadians -- will not vote NDP, because of mistaken, ill-informed beliefs. These beliefs are supported by the Canadian media, doggedly asking the question that is reserved solely for the NDP: How are you going to pay for that? The question no one ever asks about a military budget. About corporate welfare. About privatization. A question that used to be asked about public healthcare.

There's a reason that, come election time, the Liberals sound like the NDP. In 2021, why not vote for the party that truly supports what the Liberals claim to support?

Only one party supports a national pharmacare program.

Only one party wants to expand public healthcare to include dental care.

Only one party wants to re-invest in our depleted public sector.

Only one party supports workers.

Only one party truly engages in Reconciliation.

Only one party has a leader willing to call out Canada's institutionalized racism.

Only one party has a plan to address income equality.

Only one party wants to invest in affordable post-secondary education.

I could go on and on.

But it doesn't matter, does it?

Until Canadians are willing to do something besides this 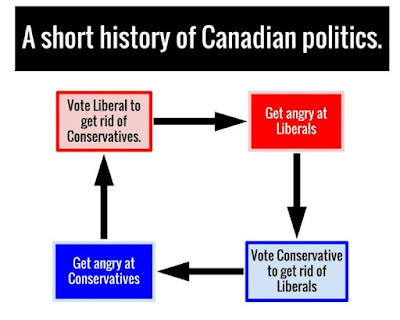 But that's not really true. There's never a time when nothing changes; change is the only constant. So what changes will we see?

The public sector will continue to shrink.

Housing will become even less affordable.

I want change. I want a government that wants the same things I want. That's why I vote NDP.

You should know that you changed my voting habits. There is hope.

You've made my heart soar. No matter the outcome of the election.