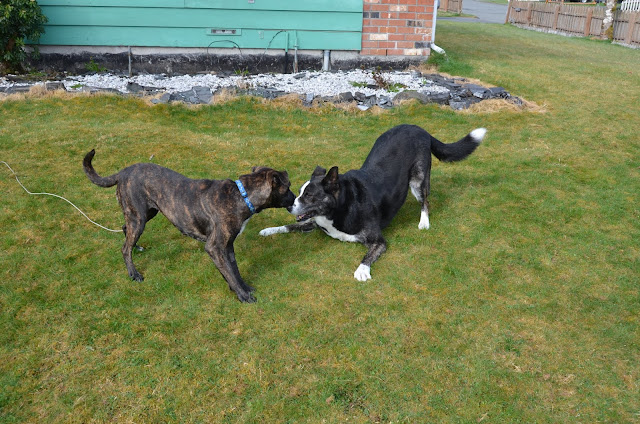 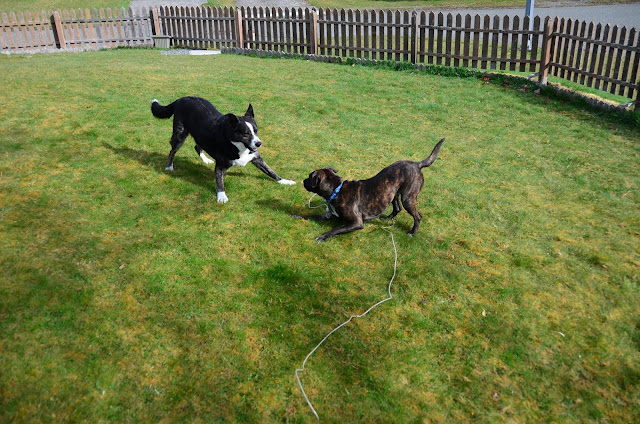 Allan, Diego, and I are totally smitten by this little munchkin. What a surprise, eh? In no particular order, here are ten awesome things about Kai.

1. She's housetrained. Through at least four foster homes and who knows what else, she hasn't had an accident in the house.

2. She loves toys. Kai always wants to have a toy handy. If she runs off to greet one of us, she first grabs a toy. If she's lying quietly, she wants to have a toy nearby. Tala was the same way, and this reminds us of T, in a good, not-totally-heartbreaking way. Final Foster Mom brought a bagful of Kai's toys, and they're all over the house.

3. She's discovering her boundaries. Can I stick my head in this big bag of dog food? Oops, guess not! Can I jump in bed with Mommy? Nope! If I sit, will I get a treat? Yes! 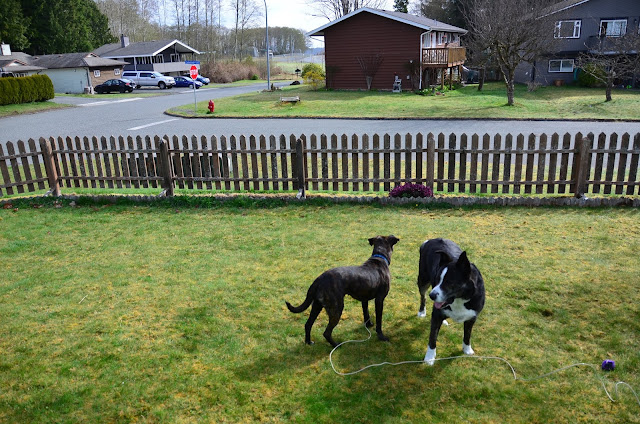 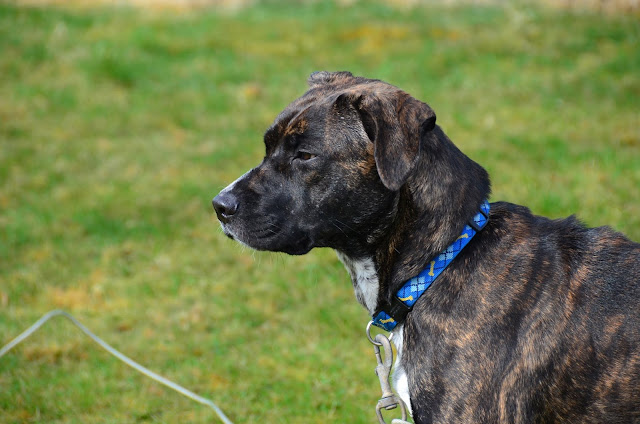 5. Her coat is feathery soft.

6. She's willing to respect Diego. They had one loud argument -- while they were on-leash, vying for who would greet me first when I came home from work. It was quite loud, with lots of teeth showing, and would have scared anyone who doesn't understand dogs. From our vantage point, it appeared that neither dog would back down. But now Kai defers to Diego and I don't think they'll fight again.

7. She loves her crate. For Diego's sanity, we're crating Kai when we're not home. We did the same thing with Tala and Cody. The older dog needs a break. When we're home, we leave the crate door open and often find her curled up inside. 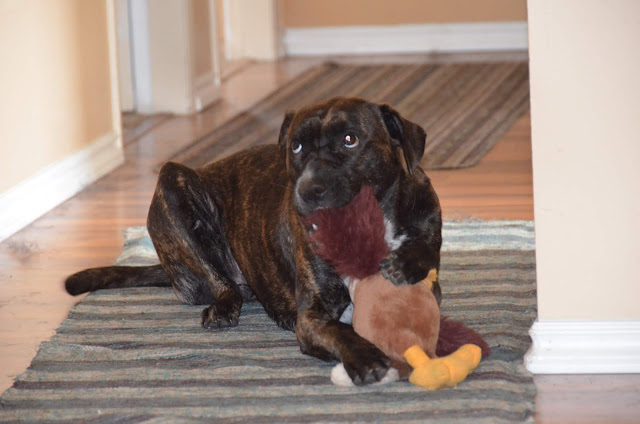 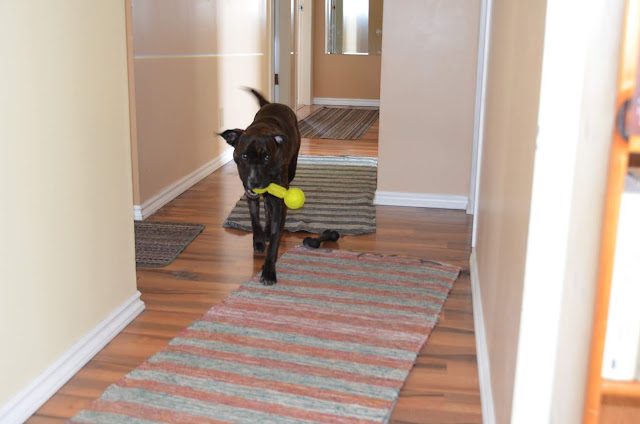 8. She's a bundle of energy. Yesterday they had some time in an off-leash park, and she practically flew in circles, and showed no sign of letting up until we had to rein her in.

9. But not all the time. She seems to understand that there are quiet times when she shouldn't run around the house at top speeds.

10. She fits right in. It feels like she's always lived here. 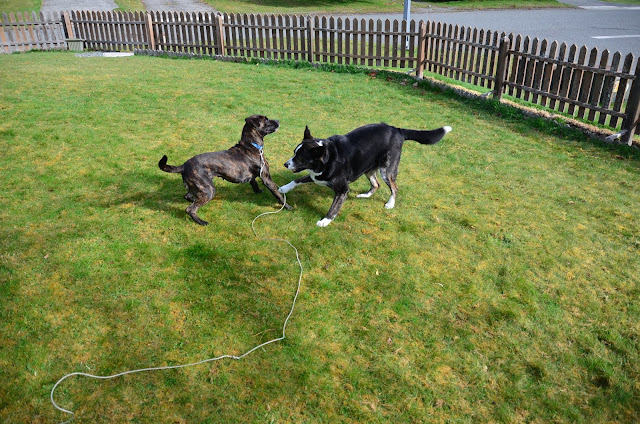