help my christian friend vote, or why the harper government must go 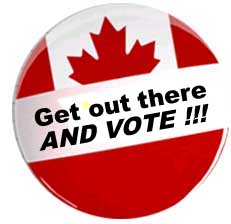 A friend of mine is undecided about which party to vote for in the upcoming federal election.

She normally votes Conservative, but may not this time. She dislikes the Trudeau Liberals, and is deciding between sticking with the Conservatives or voting New Democrat. Strategic voting is not an option for her. She wants to vote with her conscience, something I applaud.

My friend is a committed Christian, a person of deep faith with a strong moral compass and a clear sense of justice. She is a mother, also a working woman. I am privileged to know many people whose spirituality informs their daily lives, and she is one of them.

She is researching how to vote. The NDP's platform is out there for all to see. Whether or not one believes that they will (or will be able to) deliver is a separate conversation. But we do know what the NDP stands for.

The Harper Conservatives first formed a government in 2006, and have been in power ever since. They have a long, consistent track record, but you won't find it in their campaign information. You can't just Google up an answer to my friend's dilemma. (Although if you do, the results are very fruitful!)

So I thought... let's play another round of this game. This one's for all the money, because we've never been closer at ridding this beautiful country of this horrible government as we are right now.

Wmtc readers, join me in listing the many ways in which the Harper Government has been un-Christian, has repudiated family values, and has made Canada less democratic and less just.

I don't know if this format will work again, how many people will join in, or if everyone will answer on Facebook. But let's give it a shot.

2. Be as factual and specific as possible. Saying "C-51" is not enough. You must explain something you dislike about bill C-51.

3. No duplicates. If someone else has already posted that item, think of another. Different examples of the same item are ok, though. A different problem with C-51 counts as a separate comment.

As we count down to October 19, help my friend decide how to cast her vote.

I'll go first. The most difficult thing will be choosing one!