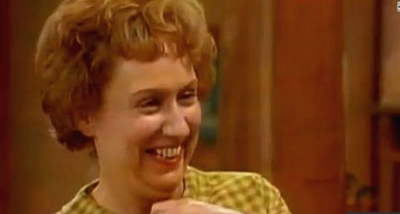 She was a great actor, a brilliant comedian, and the warm heart of one of the most memorable television shows of all time. "All in the Family" was a pioneering show, and she was an integral part of what it made it shine. She created a character that entire generations will never forget.

Jean Stapleton, the character actress whose portrayal of a slow-witted, big-hearted and submissive — up to a point — housewife on the groundbreaking series “All in the Family” made her, along with Mary Tyler Moore and Bea Arthur, not only one of the foremost women in television comedy in the 1970s but a symbol of emergent feminism in American popular culture, died on Friday at her home in New York City. She was 90.