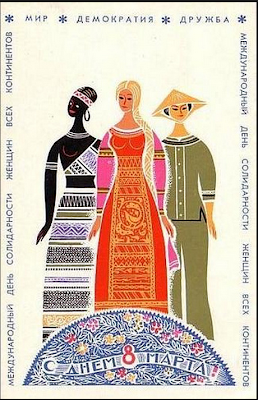 As an aging feminist I am often asked to speak about the progress we have made as feminists and how much is left to do. It gets depressing sometimes because of the persistence of violence against women and economic inequality. I am despairing of the deep gendered divide in children's toys and the heavy load placed upon young women expected to be beautiful, thin, successful, a great mom and too often chief cook and bottle washer at home. Not to mention daily viewing the old Reform party anti-feminists running the country.

During the 1993 CBC election coverage, when the Mulroney Tories were reduced to two seats (how I long to see that day again), I was asked what I thought of the new Reform Party members. "They make John Crosbie look like Gloria Steinem," I quipped. Many of you probably won't remember that John Crosbie, Minister of Justice at the time, was prone to putting is foot in it when speaking about or to women.

But this year, there really is something to celebrate and it's not about what we normally think of as the women's movement. It's Idle No More. I'm thinking that Idle No More is perhaps showing us the way forward towards women's liberation. I know that's an archaic expression but somehow I think it's more appropriate to describe what we need now. [Read more here. You won't be sorry.]