huge victory for wolves and the people who love them 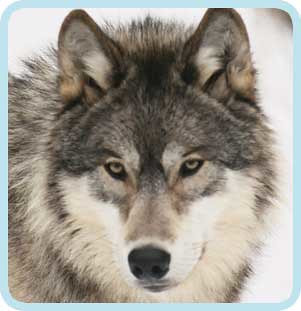 It's fantastic news: yesterday a federal court ruled in our favor and restored endangered species protection to wolves in Montana and Idaho!

The ruling effectively returns ALL wolves in the Northern Rockies to the endangered species list and puts a halt to the wolf hunts that were planned for this fall, starting next month.

As you know, the states' management of wolves has taken a terrible toll over the past year and a half. Since the Obama Administration stripped these wolves of federal protection, more than 500 of them have been gunned down by hunters or government agents.

In response, NRDC -- in partnership with Earthjustice and 13 other conservation groups -- sued the government in federal court and demanded endangered species protection for all 1,700 wolves across the Northern Rockies until their population is able to fully recover.

A federal judge agreed, saying that the U.S. Fish and Wildlife Service acted illegally when it removed wolves from the endangered species list in Idaho and Montana but left them on the list in Wyoming, splitting the population along political, rather than biological, lines.

Now that the courts have called off the guns, you and I can breathe a sigh of great relief that the public hunting of wolves will not resume this fall. Hundreds of wolves that would have been killed will instead be spared.

For that, we have you to thank. You sustained us through this long legal battle with your donations, your online activism and your absolute commitment to restoring wolves to their rightful place in Greater Yellowstone and across the Northern Rockies.

We can only hope that the Obama Administration will now go back to the drawing board and come up with a solid plan that ensures the sustainable recovery of wolves over the long term.

But if they do not, you can be sure that we will be ready to come to the defense of wolves once again. In the meantime, on behalf of everyone here at NRDC, I want to extend my deepest thanks for helping to make this great victory possible.