abortion without apology: the war on women, the slippery slope, and how you can fight back

Tl;dr? Learn about the National Network of Abortion Funds, and give generously. 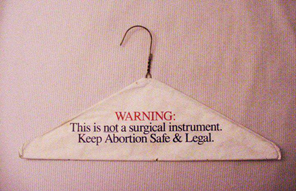 Right-thinking Americans and Canadians are reeling at extreme anti-abortion laws sweeping through at least a dozen states: Alabama, Missouri, and Georgia, are the worst offenders, but Ohio, North Dakota, Kentucky, Mississippi, Iowa, and others are not far behind. Most of these laws are blatantly unconstitutional, and are designed to force SCOTUS to overturn with Roe v. Wade.

These latest lethal weapons are the logical progression of the War on Women that's been going on for at least 30 years. Democrats and most liberal Americans sat idly by while anti-abortion-rights forces took over one state legislature after the next, setting up obstacle after obstacle designed to prevent access to safe, legal abortion, thereby limiting the human rights of great swaths of American women.

How does the right to abortion become meaningless?

Of course we should be outraged by the laws recently passed in Alabama and elsewhere, but we shouldn't be at all surprised, and surely not shocked.

One of the very best things I've seen written about this is by Rebecca Traister, writing in The Cut: "Our Fury Over Abortion Was Dismissed for Decades As Hysterical".

I have been thinking, like so many people this week, about rage. Who I’m mad at, what that anger’s good for, how what makes me maddest is the way the madness has long gone unrespected, even by those who have relied on it for their gains.

For as long as I have been a cogent adult, and actually before that, I have watched people devote their lives, their furious energies, to fighting against the steady, merciless, punitive erosion of reproductive rights. And I have watched as politicians — not just on the right, but members of my own party — and the writers and pundits who cover them, treat reproductive rights and justice advocates as if they were fantasists enacting dystopian fiction.

This week, the most aggressive abortion bans since Roe v. Wade swept through states, explicitly designed to challenge and ultimately reverse Roe at the Supreme Court level. With them has come the dawning of a broad realization — a clear, bright, detailed vision of what’s at stake, and what’s ahead. (If not, yet, full comprehension of the harm that has already been done).

As it comes into view, I am of course livid at the Republican Party that has been working toward this for decades. These right-wing ghouls — who fulminate idiotically about how women could still be allowed to get abortions before they know they are pregnant (Alabama’s Clyde Chambliss) or try to legislate the medically impossible removal of ectopic pregnancy and reimplantation into the uterus (Ohio’s John Becker) — are the stuff of unimaginably gothic horror. Ever since Roe was decided in 1973, conservatives have been laboring to roll back abortion access, with absolutely zero knowledge of or interest in how reproduction works. And all the while, those who have been trying to sound the alarm have been shooed off as silly hysterics.

Which is why I am almost as mad at many on the left, theoretically on the side of reproductive rights and justice, who have refused, somehow, to see this coming or act aggressively to forestall it. I have no small amount of rage stored for those in the Democratic Party who have relied on the engaged fury of voters committed to reproductive autonomy to elect them, at the same time that they have treated the efforts of activists trying to stave off this future as inconvenient irritants.

This includes, of course, the Democrats (notably Joe Biden) who long supported the Hyde Amendment, the legislative rider that has barred the use of federal insurance programs from paying for abortion, making reproductive health care inaccessible to poor women since 1976. During health-care reform, Barack Obama referred to Hyde as a “tradition” and questions of abortion access as “a distraction.” I’ve spent my life listening to Democrats call abortion a niche issue — and worse, one that is somehow repellent to voters, even though support for Roe is in fact among the most broadly popular positions of the Democratic Party; seven in ten Americans want abortion to remain legal, even in conservative states.

You can try to tell these Democrats this — lots of people have been trying to tell them for a while now — but it won’t matter; they will only explain to you (a furious person) that they (calm, wise, knowledgeable about politics) understand that we need a big tent and can’t have a litmus test and please be reasonable: we shouldn’t shut anyone out because of a difference on one issue. (That one issue that we shouldn’t shut people out because of is always abortion). Every single time Democrats come up with a new strategy to win purple and red areas, it is the same strategy: hey, let’s jettison abortion! (If you object to this, you will be told you are standing in the way of the greater progressive project).

There is actually some good news on this front, as the anger over Trump spurred activism in the US.  Traister:

And at the end of 2018, the Guttmacher Institute reported that 2018 was the first year since at least 2000 in which the number of state policies enacted to expand or protect abortion rights and access, and contraceptive access, outnumbered the number of state restrictions. Why? Because growing realization of what was at stake — and resulting anger and activism, pressure applied to state legislatures — led representatives to act.

For my money, I'd leave lobbying to the organizations with the resources to do it best, such as NARAL Pro-Choice America and Planned Parenthood. Donate to those groups, of course. But I believe it's more important (or at least equally important) to help individual women exercise their constitutional rights and their human rights. To do that, the National Network of Abortion Funds (N-NAF) is the place to start. Join. Give. Organize.

In Canada, whenever some Conservative raises the abortion issue by stealth, claiming to care about women or babies, make noise. These threats to our rights come up periodically, as politicians test the waters, taking the temperature of the Canadian appetite for an abortion debate. It's our job to shut that shit down.
Posted by laura k at 5/20/2019 12:06:00 PM