what i'm re-reading: the ax by donald westlake and other literary thrillers

I've just re-read* one of my all-time favourites: The Ax by Donald Westlake. I'm agog with how much I love this book. But first, the requisite blather.

One of my favourite kind of books -- although I don't read them frequently -- is a mystery, detective story, crime thriller, or spy thriller that transcends its genre and is also a literary novel.

The definition of literary is always a bit squirrely -- and of course always somewhat subjective -- but in general, a genre novel is generally plot-driven, and follows a formula that readers of that genre recognize. The writing itself is not particularly important, and may be mediocre, passable, or worse.

The best-selling titles in the genres I've mentioned are all about plot, pacing, and recognizable character types. But I just can't get past the writing. I can't stand reading mediocre writing, no matter how good the rest of the package.

So for me, a crime, hard-boiled mystery, or spy novel, with an intricate, surprising plot, interesting, fully realized characters, and truly excellent writing -- that is a great find. From my own limited reading, the pinnacle has been Graham Greene. But whenever I read a book review that sounds like a literary thriller, I put it on my list.

In the past, I didn't read in this category very often. Years would go by when I completely forgot about it! But these days I'm looking for these books more frequently. I like to intersperse fiction and nonfiction, and while there's an overwhelming supply of great nonfiction out there, I find myself bored or unsatisfied with so much fiction. So more and more, I find myself looking for quality mysteries, detective stories, and thrillers. (I don't read a series straight through, all in a row. I read other books in between and return to the series.)

Right now I'm slowly working my way through Henning Mankell's Wallander series, Alan Bradley's Flavia de Luce novels, and all the Donald Westlake -- under any name -- that I can get my hands on. (Westlake's Parker series, written under his Richard Stark pseudonym, are genre novels. But damn, they are addictive. They are potato chips!) Olen Steinhauer, Ted Mooney, and Martin Clark are others I've enjoyed. I've also loved reading classics by Dashiell Hammett and Raymond Chandler (which I wrote about here). I haven't had much luck with the noir classics by James M. Cain, Jim Thompson, and James Ellroy, but I'm still trying. 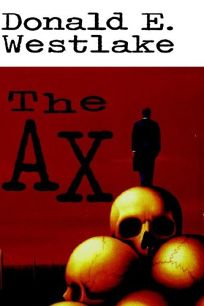 It is built on a fascinating premise, and a plot line that is a both a shocking roller-coaster and eminently believable.

It has a very strong anti-capitalist point of view, a thread that runs through the entire book, without any soapboxing or author intrusion (something I have zero patience for).

It is a psychological study of a man losing his moral compass, and how humans rationalize and accommodate evil.

It's a philosophical study of social mores and ethics -- and how what's permissible on one scale is criminal on another.

The main character changes gradually and credibly, so that the reader is aware of the changes before the character's self-awareness -- and self-deception -- catches up.

It's a meditation on violence, not only physical violence, but the psychic violence of capitalism, and how they are linked.

And all this is wrapped up in a brilliant plot and a bone-chilling crime novel.

Donald E. Westlake has caught and logged our unspoken fiscal dread in a novel of excruciating brilliance. His protagonist, Burke Devore, is Homo reductus, Downsized man: out of work in the processed paper industry for month after stupefying month, about to lose the wife (Marjorie) and children (Betsy and Billy) he can no longer support, bitter, desperate, made furious by an economic system in which stock prices go up when (and even because) people get axed. . . .

With trenchant and subtle special pleading, Devore will convince himself -- and almost convince his agonized readers as well -- that it is justifiable homicide to kill.... That, in fact, such an act constitutes not murder at all, but an act of self-defense. "If the alternative is despair and defeat and grinding misery and growing horror for Marjorie and Betsy and Billy and me, why shouldn't I kill him, the son of a bitch? How could I not kill him, given what's at stake here?"

As novels go, "The Ax" is pretty much flawless, with a surprise ending that will unplug your expectations. Burke Devore is American Man at the millennium -- as emblematic of his time as George F. Babbitt and Holden Caulfield and Capt. John Yossarian were of theirs. Westlake has written a remarkable book. If you can't relate to it, be thankful.