some thoughts on the u.s. moving a bit closer to equality (#lovewins) 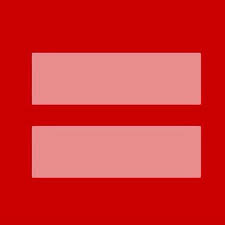 For some years on this blog, I used to note every country that joined the equal marriage club, but about two years ago, I stopped counting. More than 20 countries now recognize same-sex marriage as a right, and that number continues to climb.

This issue has always been, is, and always should be a complete no-brainer. Equality is equality. Rights are rights. We can't have rights for some and not others. That couldn't be more obvious. The debate in the US, especially the displays of extreme homophobia and bigotry from the other side, has helped the vast middle of the road to adjust to the idea.

That's why yesterday's SCOTUS decision, although incredibly wonderful, is tinged with a sad after-taste. I fully expected this ruling, but I imagined something more like 7-2 or 6-3. The 5-4 majority, and the small-minded bigotry embedded in the dissenting opinions, are disturbing evidence of the deep and frightening divisions that exist at every level of US society.

Right now it's Pride, and we're all celebrating, and we're not fretting over this close call. That's as it should be. But reading quotes from Justice Scalia's dissenting opinion makes my flesh crawl. This is a Supreme Court Justice, one of the most powerful positions in a country that claims to be a modern democracy. Say no more.

Shortly after the Harper Government was elected, the new Prime Minister brought a motion before Parliament to re-open the issue of same-sex marriage. Equal marriage had been the law in Ontario since 2003, then became legal in eight provinces and one territory, and finally was enshrined nationally on July 20, 2005. But Harper had promised his socially conservative backers this one re-visit. This would be a "free vote," where all Members of Parliament could vote according to their individual consciences, rather than voting as a party, the way the Parliamentary system normally works. The motion to re-open the issue was defeated 175 to 123.

Allan and I had moved to Canada only a few months before this, and were still getting up to speed on how the system works. We expressed surprise and dismay at the closeness of the vote... and learned that the previous votes, the second and third readings of the Civil Marriage Act, were carried by 164-137 and 158-133, respectively. That 175-123, the last stand of the backwards thinkers, was actually an improvement.

This is so hard to get my mind around. More than 100 elected representatives to the Canadian House of Commons believed it should be legal to deny a same-sex couple the same rights afforded an opposite-sex couple. I think this is what the over-used word mind-boggling refers to.

Mind you, I could care less about legal marriage personally. To me it's an antiquated and meaningless institution. Not love. Love is The Most Important Force in the World. Not commitment, and partnership, and dedication, and chosen family. But legal marriage. That choice has been my privilege as a woman partnered with a man. If I was partnered with a woman, the choice would have been made for me. I would be a second-class citizen, with fewer options, protections, rights, and privileges than if I had a male partner. So duh. No-brainer.

Yet four out of nine Justices on the Supreme Court of the United States disagree.

Thank you to Justices Kennedy, Sotomayor, Kagan, Ginsburg, and Breyer. Thank you to every lower-court judge, every lawyer, every state legislator and mayor, who made this possible.

Thank you especially to every same-sex couple who didn't take no for an answer.

Gawker: The Craziest Lines in Every Dissenting Gay Marriage Opinion


* Many states continue to enforce anti-abortion laws that have been ruled unconstitutional, so there are still battles ahead.
Posted by laura k at 6/28/2015 08:00:00 AM