Despite the increased attention given to graphic novels in recent years, many readers don't consider graphic novels when thinking about what to read next. In this "what i'm reading" post, I highlight four graphic novels considered classics of the form.

At least three of these books are included on high school and university curricula, and taken seriously as literature. These are certainly not the only graphic novels to achieve that standing, but if you asked a bunch of non-graphic-fiction readers to name some well-known and influential graphic novels, these would likely top the list. Each is worth reading, and perhaps will lead you to explore the format. (Or not.) 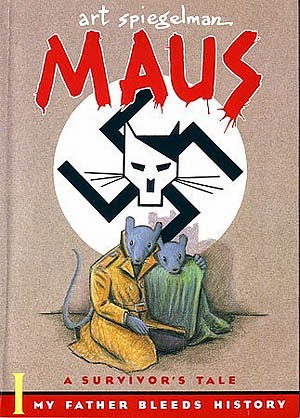 First on any such list has to be Maus (now known as Maus I: My Father Bleeds History). Art Spiegelman is the godfather of the modern graphic novel, and this book, first published in 1986, might be his best work. It is a foundational work of graphic fiction, and a definitive work of the Holocaust.

Maus is both disturbingly realistic and a fable. In this Holocaust tale, the Jews are mice, the Nazis are cats, the Poles are pigs, the French are frogs, and the Americans are dogs. The effect invites the reader to imagine familiar events in new ways. That alone is a tremendous feat.

To write Maus, Spiegelman interviewed his father Vladek, a Holocaust survivor, about his experiences. The book recounts those, but also reflects on the burdens of the next generation, and the burdens of knowledge that successive generations must confront.

To date, Maus is the only graphic fiction to win the Pulitzer Prize. The Wall Street Journal called it "the most affecting and successful narrative ever done about the Holocaust"; the New York Times anointed it "the first masterpiece in comic book history".

Maus II: A Survivor's Tale: And Here My Troubles Began (1992), which I own but have never read, focuses on Spiegelman's difficult relationship with his father, illuminating the unique experience of the adult children of Holocaust survivors.

In 2011, Spiegelman published MetaMaus: A Look Inside a Modern Classic, a beautiful "making of" book. There is also The Complete Maus, 25th Anniversary Edition, which dates that quarter-century from when Spiegelman was publishing the material in serial form in his Raw, his comics magazine. 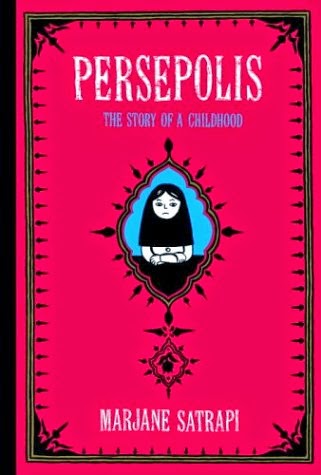 Persepolis: The Story of a Childhood is Marjane Satrapi's memoir of growing up in Iran during the Islamic Revolution.

Satrapi weaves a condensed but vivid history of Persia/Iran into her family's history and her own coming-of-age. Satrapi was a rebellious, outspoken child raised by Marxist parents who were also descendants of Iran's last emperor. She witnesses the overthrow of the Shah, the installation of the Islamic Revolution, and the devastating war with Iraq with a child's incomplete understandings and sensitivities - and also a child's egocentrism.

Persepolis is funny, sad, sweet, and revealing. It is political, historical, and deeply personal. I think most Western readers would find the history portions fascinating and new.

The stark black-and-white drawings are powerful, easy to interpret, and deepen the reader's understanding - something graphic novel illustrations should, but don't, always do.

Persepolis was originally published in French; the English translation was published in 2003, Persepolis 2: The Story of a Return in 2005, and the excellent movie adaptation came out in 2007. 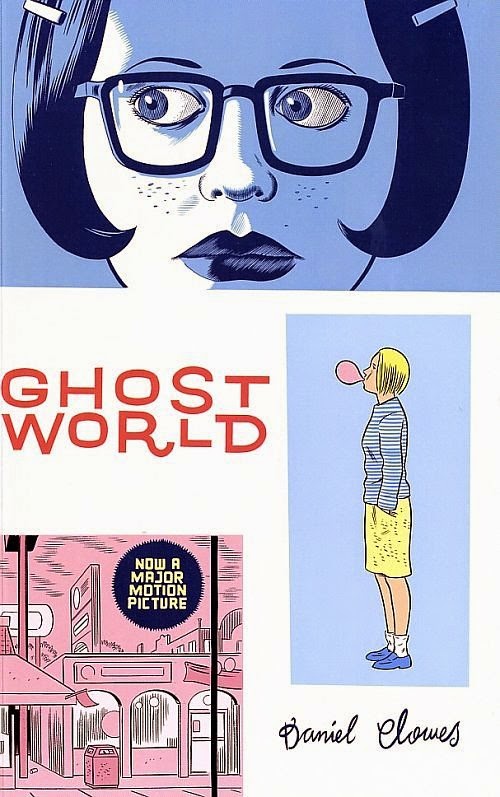 Ghost World, by Daniel Clowes, is an ode to teenage alienation.

Two girls, best friends, spend their days wandering around their unnamed town (somewhere in the US), criticizing everyone and wondering what shape their lives will take. As they grow up, they also grow apart, as each must decide whether to leave behind the shield of ironic detachment and cynicism and participate in the world.

Clowes quite brilliantly captures a type of teenage experience that is easily dismissed or misinterpreted from the outside. You can feel the longing that lies beneath the cynicism.

Like our two anti-heroes, Ghost World is more a meandering collection of scenes than a fully realized story, the form perfectly reflecting the characters' reality. (If I recall correctly, the movie, which I liked very much, is stronger on plot than the book.)

It's a fast read, but can leave you wondering what you missed. But then it's worth reading a second time. 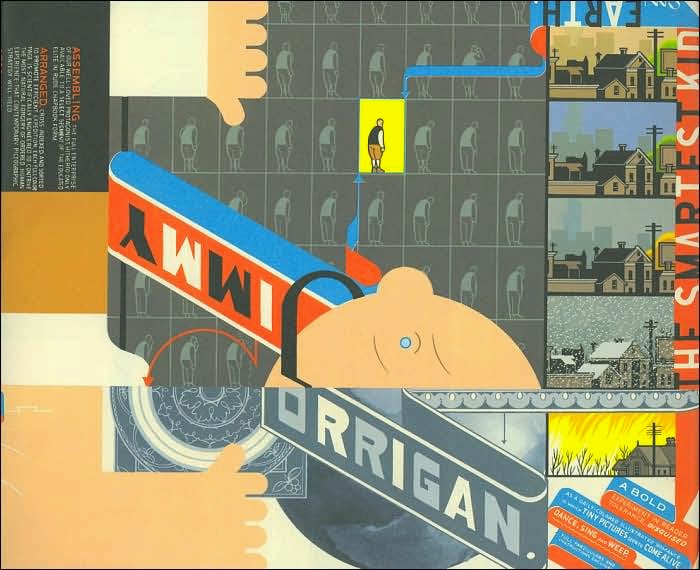 Chris Ware's Jimmy Corrigan, the Smartest Kid on Earth was, I believe, the first adult graphic novel I ever read.

Ware's illustrations are more complex, less straightforward, and more varied than any other graphic novelist I'm familiar with. His style can make for a challenging read.

Add to that, the story itself is extremely sad - a study of generations of abandonment, loneliness, fear, and depression. Jimmy Corrigan is very good, but I recommend it with a warning sticker. Although I read it many years ago, just thinking about it makes my heart ache.