we like lists: list # 20: top ten reasons we love our favourite cult show or movie (updated with less cult!)

For those who want the question with no context: Do you love a cult show or movie? What movie and why? List at least 10 reasons.

Update! Judging by comments, this list will be more fun if we omit one word and get a bit more specific. So here it is again.

Do you love a TV show or movie that is not (or was not) a huge mainstream hit? Which one and why?

Further to my longstanding tradition of watching TV shows and movies years - or even decades - after they first run, I have just completed Season 1 of Buffy the Vampire Slayer. (What can I say? TV was not important to me in the 1990s!) One of my TV gurus, the famous NFC, is a big Buffy fan, and after hearing the show mentioned several times, it was time for me to check it out.

I enjoyed S1 enough to continue watching, with the understanding that a first season often just lays the groundwork. In other words, I liked it, but I'm hoping and assuming that the show will develop into something more than what I've seen so far.

Watching Buffy TVS has made me think about another show, perhaps my very favourite television show: Xena the Warrior Princess.

When we were preparing to leave New York and move to Canada, I used to catch random episodes of Xena re-runs on a minor cable channel. After spending the day writing, it was the perfect mix - fun, absorbing, but not overly challenging. Before I knew it, I was hooked. But I had never seen the whole show, in order...

...until Allan surprised with me with one his amazing birthday presents: first a bootlegged copy of the series on DVD, then an upgrade to this beautiful 10th anniversary special edition boxed set. It even included a miniature dagger, the kind Gabrielle used to whip around. 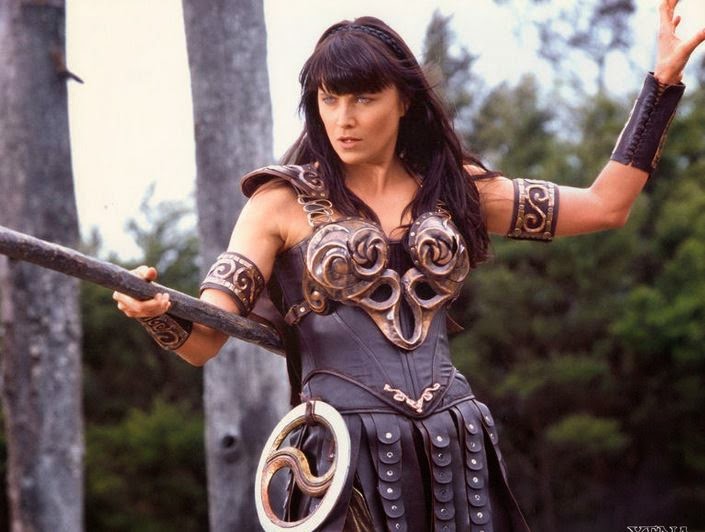 Now, of course, the series is available on Netflix, but in those days there was no Netflix in Canada, and the opportunity to watch the entire series in order was pure heaven.

So watching Buffy S1 has made me think about why Xena is so special for me. And hey, it's a list!

Do you love a cult show? Or if you're into a lot of cult shows, what's your favourite? Why do you love it? List at least 10 reasons.

Top ten reasons I love "Xena: the Warrior Princess" (not in order) !

1. Mythology. The series moves through the myths and legends of all different cultures: ancient Greek, Roman, Chinese, Hindu, Christian, Norse, and so on. I love mythology, and I love how the myths are adapted and presented in the show.

2. Scenery. Since Xena and Gabrielle are always traveling, the show often has an epic sweep, set in many different terrains. Filmed in New Zealand, the show is sometimes gorgeously cinematic.

3. Cheesy special effects. What can I say? I'm the girl who prefers the Gorn to any more modern sci-fi. 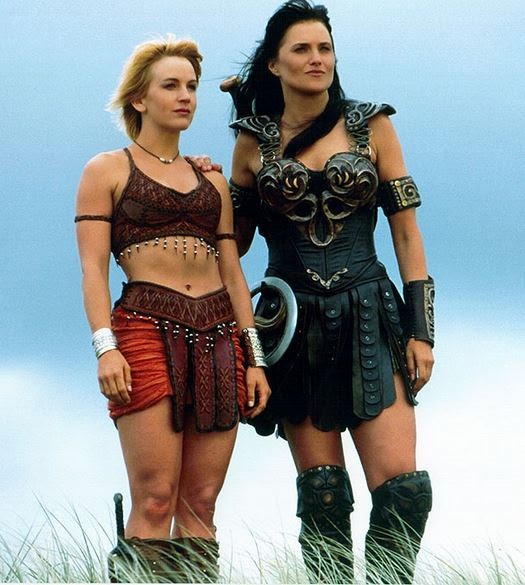 4. Philosophy. What is the nature of good and evil? Can benevolent acts in the present compensate for past abuses of power, or have humans invented that idea for our own comfort? Can good ends justify violent means, or does violence always lead to more violence? Can a commitment to nonviolence bring about change, on its own? What is love? What is mortality? All this and more!

5. Bisexuality. Xena and Gabrielle are life partners, bound in body, spirit, and soul. They have both also loved men, and have recurring relationships with men in their lives. Not a problem.

6. Polyamory. Xena and Gabrielle love each other, and they love other people. Also not a problem. It's not about competition. People are complex, and different relationships satisfy different needs and desires.

7. The fighting! How will Xena battle these 50 heavily armed but intellectually and morally inferior men? The mandatory group fight scenes in every episode are more choreography than violence.

8. Humour. Cheesy special effects and cheesy humour. They go together like... Xena and Gabrielle.

9. Xena. Lucy Lawless' character is just so freakin' awesome. I want to be her. Isn't that what fantasy - to some extent - is all about?

10. Gabrielle. I said this list wasn't in order, but hmm, is that true? I have always had a mad crush on Gabrielle. Having discovered the series in random re-runs, I first saw her like this, and was smitten. I didn't know she originally looked like this! When I watched the show in order for the first time (on DVD), I was waiting for The Haircut.