Last Thursday, fast-food workers in more than 150 US cities went on strike. Some 500 workers were arrested for civil disobedience, including this man, José Carillo, an 81-year-old McDonald's worker. 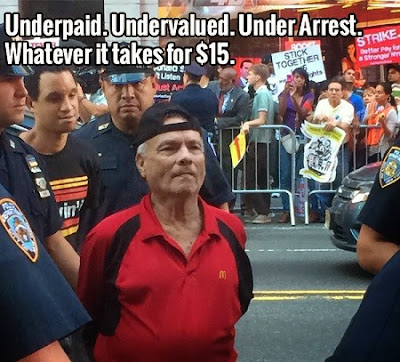 In Detroit, there were so many arrests that the police gave up: they ran out of handcuffs.

There's a very short video compilation of some highlights from the day here on Facebook. And here's another good video, this one of the Chicago action, where 51 workers were arrested.