a witchunt and its backlash: interest in "a people's history" surges, thanks to censorship attempts

Once upon a time in the state of Indiana... 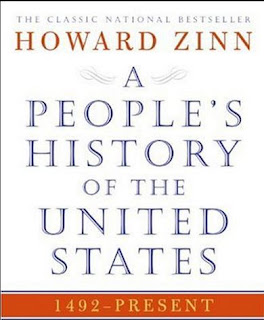 Howard Zinn, author of A People’s History of the United States, one of the country’s most widely read history books, died on January 27, 2010. Shortly after, then-Governor of Indiana Mitch Daniels got on his computer and fired off an email to the state’s top education officials: “This terrible anti-American academic has finally passed away.”

But Gov. Daniels, now president of Purdue University, was not content merely to celebrate Howard Zinn’s passing. He demanded that Zinn’s work be hunted down in Indiana schools and suppressed: “The obits and commentaries mentioned his book ‘A People’s History of the United States’ is the ‘textbook of choice in high schools and colleges around the country.’ It is a truly execrable, anti-factual piece of disinformation that misstates American history on every page. Can someone assure me that is not in use anywhere in Indiana? If it is, how do we get rid of it before more young people are force-fed a totally false version of our history?”

The irony makes your head spin. I'd love for this guy to challenge A People's History on a factual basis. I'd love for him to find one sentence in the book that is "anti-factual".

In any event, this email exchange occurred in 2010, shortly after Zinn's death. We know about it now because the Associated Press obtained it through a Freedom of Information Act request. Bill Bigelow, co-director of the Zinn Education Project, "Indiana’s Anti-Howard Zinn Witch-hunt" (quoted above).

Public demand for Howard Zinn's classic book A People's History of the United States is surging, something likely to make former Indiana Governor Mitch Daniels none too happy.

In July, the Associated Press revealed that Daniels, who is now president of Purdue University, sought to ban the works of Howard Zinn from Indiana classrooms.

But since his "anti-Howard Zinn witch-hunt" has been exposed, Zinn's People's History has become "a hot read at libraries" in the state, the South Bend Tribune reports.

St. Joseph County Public Library, for example, which only had one copy of Zinn's People's History just weeks ago, has now upped the number to 19 due to patrons' interest, but even that wasn't enough. They're all checked out now, and there are 10 people on a waiting list.

At Indiana University South Bend, the book isn't even on any required reading list for the fall 2013 semester, but all the available copies are currently checked out, the Tribune continues.

The surge in interest in the book hasn't been limited to Indiana either. 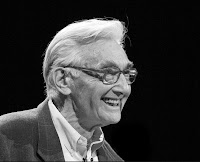 The Zinn Education Project, which promotes and supports teaching a people’s history (upper and lower case) in middle and high school classrooms, has also received a surge of interest in its teaching materials since Daniels' censorship attempts were exposed.

"Teachers and parents have told us that they are redoubling their commitment to teach people’s history in the face of the proposed censorship. We invite other governors to attempt to ban Zinn's works—it helps introduce A People's History of the United States to huge new audiences," Bigelow added.

Ask for it at your library today!