A few weeks ago, we took a scenic drive known as the Alice Lake Loop. We read there were various short hikes and natural attractions along the way. We may have missed some stops or turn-offs, as it really was mostly driving and very little walking. 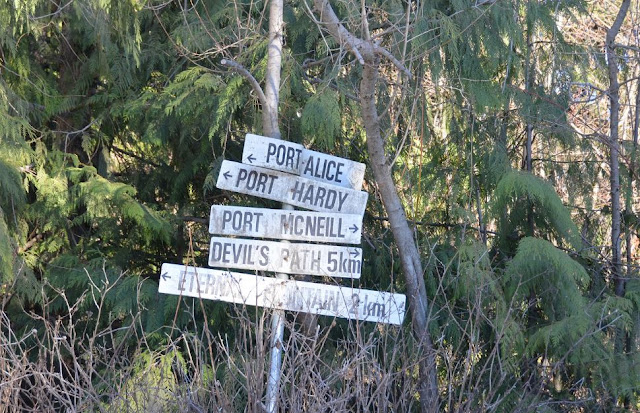 On the other hand, in an area that is trying to reinvent itself as a tourism destination, any attraction, no matter how small, is included in the guidebooks and websites. So I don't know if the Alice Lake Loop is of mild interest, or if we missed some stops, or maybe a bit of both. I think we'll try again later in the year, and try to find more points of interest along the way.

The drive itself was interesting, as it is all on logging roads. That means minimal paving, lots of gravel, huge ruts and bumps, and very slow going.

Here's a sample of what we saw.


The area is known for karst, formations formed by water working on certain kinds of stone. It's an area full of caves, underground springs, and cenotes, which are natural sinkholes that contain water. We saw cenotes in Mexico, and the ancient people who lived in what is now Petra, Jordan, created them to store water after flash floods.

One noted karst formation is called Devil's Bath. It wasn't easy to photograph. It's a large cenote, visible from the logging road. 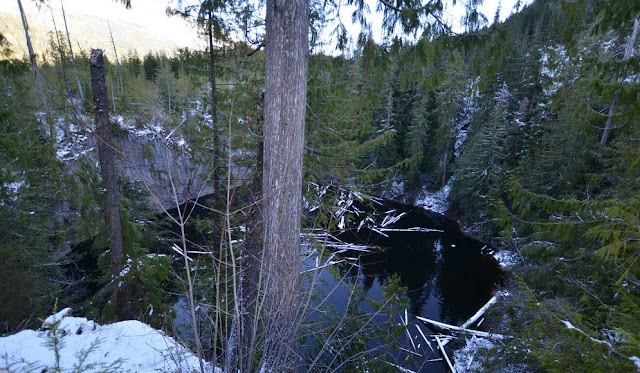 Another example of karst is called the Eternal Fountain. It was a lovely, quiet area off the main road, with several underground springs. 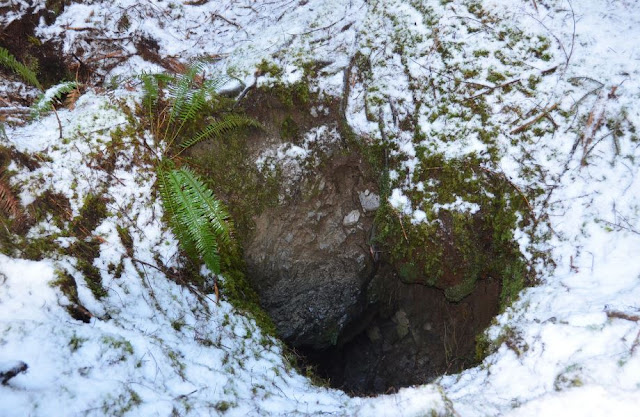 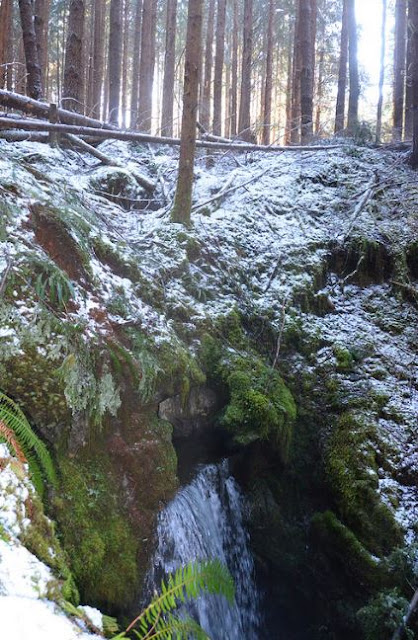 We saw many trees growing in this elbow shape. We don't know why trees do this! 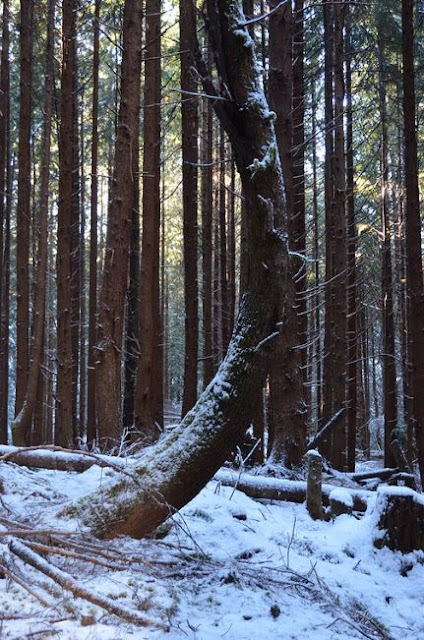 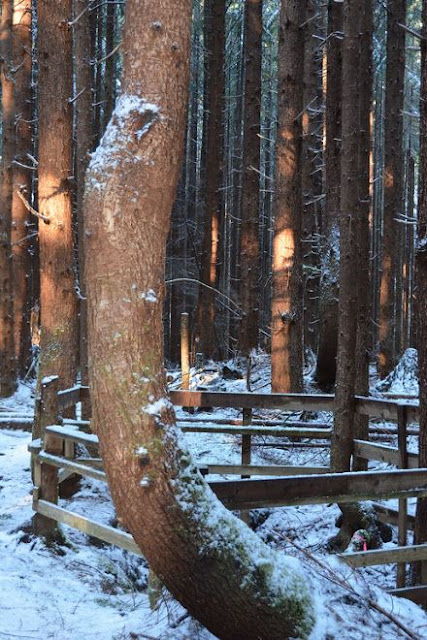 Walking even a few metres from the road, you can feel that you're deep in a rainforest. Everything is covered in moss and ferns. 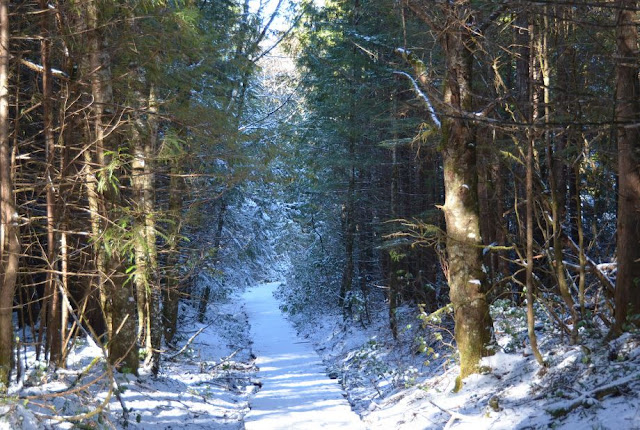 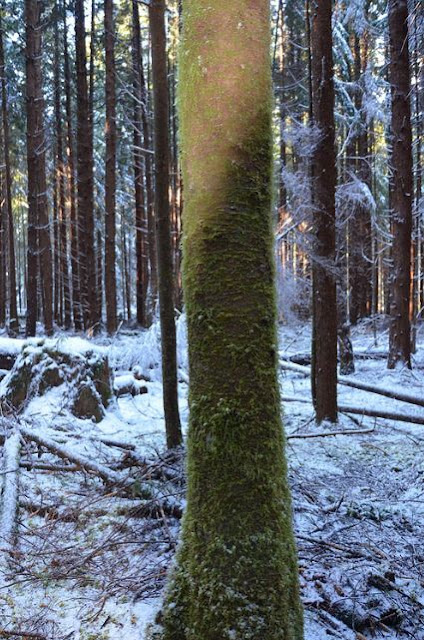 Every so often you come upon an area that appears to be freshly logged, not yet replanted. It has a look of brutal destruction, although much of the forest has been logged and re-grown. 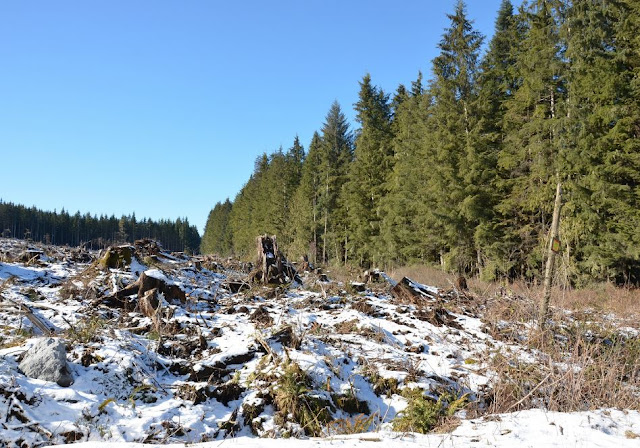 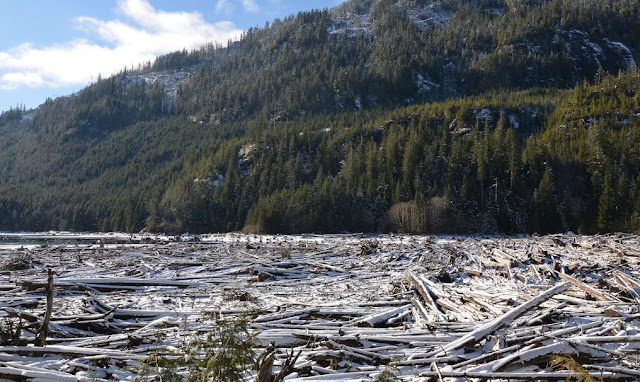 The forest is so beautiful. All my life, I have found being in the woods so rejuvenating and restorative. 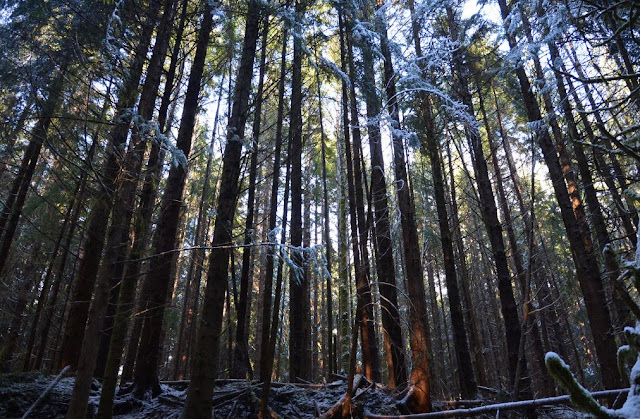 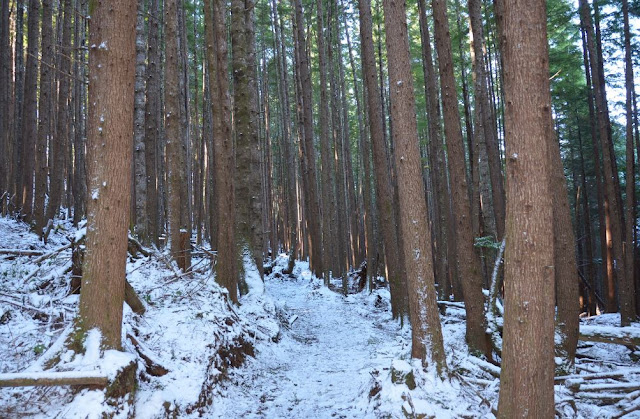