in which i officially become a librarian 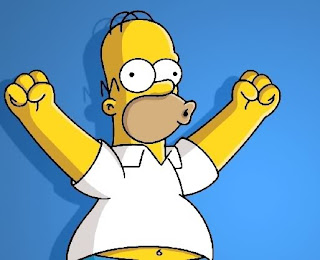 We interrupt this travelogue to bring you an important announcement. I got my first librarian job!!

This is a part-time, temporary position in the children's department of the Central Library, where I was a page for 14 months. I am thrilled.

I also interviewed in a competition for eight part-time positions, not librarians, but great experience doing reference and programming. I was one of the top scorers and was offered my choice of four of these positions, including two that are permanent.

So what does this mean? It means I can be a part-time librarian until March 2014, and if I don't have a full-time librarian position by that time, I have a permanent, part-time position doing reference and programming at the Central Library. I chose the "Reader's Den" department, for the opportunity to work with teens and do readers' advisory both youth and adults.

And here's what I didn't tell you. A few months ago, I interviewed for a permanent, full-time librarian job at one of Mississauga's branch libraries. It was my first librarian interview, and I bombed. Really crapped out. Then I had a combined 90 minutes of feedback with three different managers. I learned so much. I re-did my resume. I re-thought my entire approach.

I was still very disappointed. Permanent full-time librarian spots don't come up that often, and I had a chance, and I blew it. I've been totally beating myself up about it. But at my next opportunity, I landed the job.

You know what else I learned from that feedback? These managers, who are all young and in the midst of very successful librarian careers, all told me about positions they didn't get, interviews that they blew. One of them told me about repeatedly failing to get a senior librarian position, even though she was the acting senior librarian in the department, the incumbent in the position. She is one of the most successful young librarians in the system. Her candor made me feel much better.

As it happens, she was on the interview team for these eight reference/programming spots. I sensed she was impressed and happy to see me do well after her feedback.

So! I am a librarian! The new position starts June 3.