solidarity with striking quebec students. shame on charest and all supporters of bill 78. 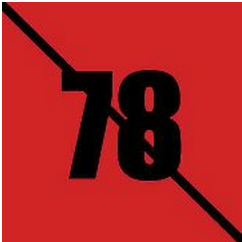 I haven't blogged much about the enormous, sustained and absolutely brilliant student strikes and demonstrations in Quebec. I've just been watching them from afar with admiration and deep respect.

Now that the Quebec government has adopted the draconian Bill 78, the stakes are raised even higher. The students and unions of Quebec are doing the heavy lifting for all of us, fighting not only for the right to affordable education, but for basic rights of freedom of assembly and freedom of speech.

From Jessica Squires at Socialist Worker:

Upon adoption of Bill 78 on Friday, May 18, 2012, Quebec is now, in terms of democratic rights, in its worst situation since the War Measures Act of 1970. The Charest government is seeking to ban student strikes altogether—a tactic used by the Quebec student movement on a regular basis, and tacitly accepted, by administrators and government, since 1968.

The law is a direct attack on student unions, their right to organize, collect fees, and demonstrate. It imposes severe fines on anyone either organizing, encouraging, or participating in demonstrations on campus or within 50 metres of a campus, and anyone impeding access to classes.

Worse still, it requires all protest organizers, no matter where in Quebec or what reason, to notify police eight hours in advance of any gathering of more than 50 people. And it requires unionized workers to deliver classes, no matter the working conditions. It holds demonstration organizers responsible, legally and financially, for any “misbehaviour” by participants—effectively requiring organizers to police their own ranks.

The law has a sunset clause of just over a year, thus ensuring it will be in force during the next Quebec general election, which must be called between now and next spring.

But it is already clear that the people of Quebec, students in particular, are not ready to take this lying down. “When laws become unjust sometimes you have to disobey them and we are thinking seriously about this possibility,” said Gabriel Nadeau-Dubois, head of the CLASSE student union, during a media conference with all three major trade union leaders.

Unions were quick to denounce the law, as were the bar association and many other important social movement groups. Although it is now technically illegal to do so, some, including left-wing Québec solidaire MNA Amir Khadir have begun talking publicly about massively organized civil disobedience.

Charest may be hoping the summer will cool things down. But Quebec’s spring shows no end in sight.