a piece of new york is gone: pete hamill, rest in peace

A piece of New York City died this week. Pete Hamill, a legendary New York journalist and possibly the last of a breed, died yesterday at age 85.
Obituaries describe him as a "tabloid poet" or "tabloid hero". If he hadn't existed, perhaps Raymond Chandler would have invented him.
It seems only fitting to let the Daily News tell his story.

Pete Hamill, the Brooklyn-born bard of the five boroughs and eloquent voice of his beloved hometown as both newspaper columnist and best-selling author, died Wednesday morning. Hamill, who worked at five New York newspapers and outlived three, was 85. 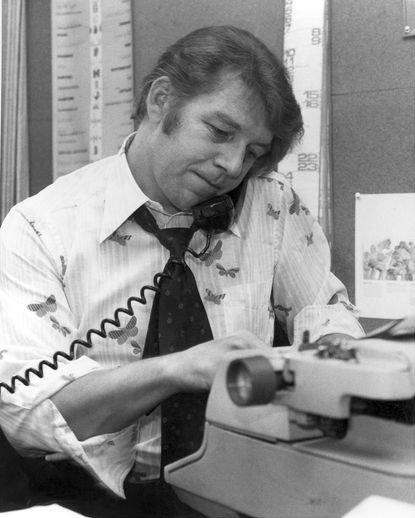 “Newspaperman, novelist, mentor to so many, citizen of the world,” tweeted New York Times columnist Dan Barry of Hamill. “I once wrote that if the pavement of New York City could talk, it would sound like Pete Hamill. Now that city weeps.”

The legendary Hamill served as editor for both the Daily News and the New York Post during a newspaper career that covered the last 40 years of the 20th century — an improbable dream come true for a high school dropout, the son of Irish immigrants, raised in a hard-scrabble borough. 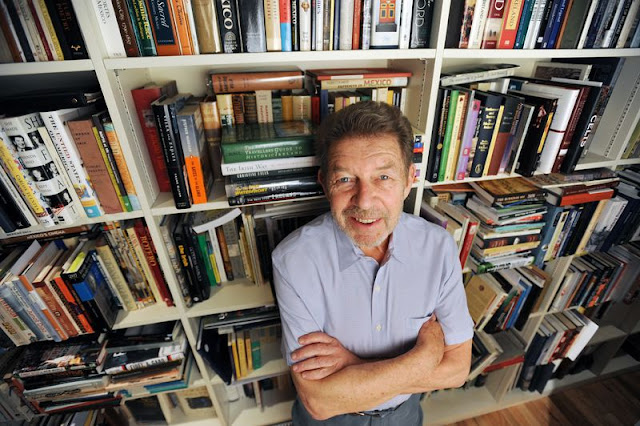 “One of the best days in my life is when I got my first press pass,” he once recalled fondly. “To be a newspaperman is one of the best educations in the world.”

The lifelong New Yorker brought a touch of poetry to the tabloids, a sense of grace, wit and empathy amid the daily dose of crime and corruption. He wrote 21 novels and more than 100 short stories, along with longer pieces for The New Yorker, Esquire, Rolling Stone and New York magazine.

He was working at the time of his death on a book titled “Back to the Old Country,” a reminiscence about the pervasive influence of Brooklyn on his life.

Hamill inspired generations of journalists to follow his path, one that took him across the country and around the world but always returned to New York.

“I greatly appreciate him encouraging me to write as a young person full of self-doubt,” said Jelani Cobb, a staff writer at The New Yorker. “I will also miss the fantastic breadth of his knowledge of New York City and the indelible rhythm of the sentences he pushed off the tip of his pens.” 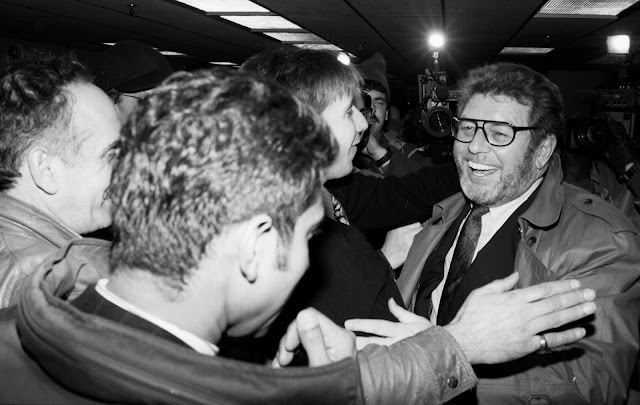 Mike Lupica: Pete Hamill was the voice of NYC, with ‘an old-fashioned thing called grace".

Political consultant George Arzt recalled Hamill as a mentor and role model when he launched his career a half-century ago. “I stayed in awe of him ever since,” said Arzt. “A two-fingered typist with miraculous powers. The Holy Grail of the real New York and one of the finest human beings I ever knew or hope to know.”

Hamill’s contemporaries back in the 1960s included some of the best writers of his or any generation: Fellow “New Journalism” acolytes Tom Wolfe, Jimmy Breslin, Gay Talese and Norman Mailer. He and Breslin were highlighted last year in the acclaimed HBO documentary “Deadline Artists,” two old pals on an ink-stained trip down memory lane, with Hamill outliving his fellow legend.

. . . . His attention to telling detail and encyclopedic knowledge informed his efforts on subjects from Frank Sinatra to the Brooklyn Dodgers to his own life in the acclaimed 1994 memoir “A Drinking Life.”

Hamill, once equal parts barroom and newsroom, swore off the booze in 1972 after one last New Year’s Eve vodka.
When asked why, the son of an alcoholic father offered a simple and direct reply: “I have no talent for it.” 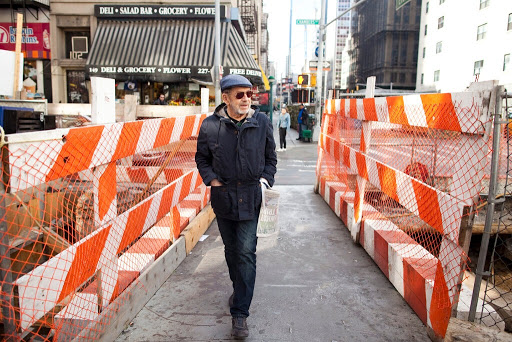 His skills instead flourished behind a typewriter and then a keyboard, where Hamill collected more than 9,000 bylines on stories with more than a million words — the vast majority tapped out with one finger taking the pulse of his sprawling city. He emerged as the city’s erudite everyman, writing about its immigrants, its underclass, its downtrodden and dispossessed.

In between his stories and two marriages, Hamill found time to date a number of celebrity stunners: Shirley MacLaine, Jacqueline Kennedy Onassis, Linda Ronstadt.
The Brooklynite became a constant witness to history: As a kid watching Jackie Robinson break the baseball color barrier in Ebbets Field. Walking decades later with Robert F. Kennedy in Los Angeles’ Ambassador Hotel when an assassin opened fired. And again on 9/11 in the shadows of the twin towers.
Hamill recounted writing a heartfelt letter that persuaded RFK to run for president. When the shooting started in Los Angeles on June 5, 1968, he helped disarm killer Sirhan Sirhan as the mortally wounded Kennedy lay nearby.

His columns are like time machines. Here are a few that the Daily News ran in his obituary.
1977: David Berkowitz was the phantom without a face
1977: Watching the Daily News become the Daily Planet
1979: Dalai Lama charms the skeptical press
2001: Death takes hold among the living after 9/11 attack
And a long story he wrote for New York magazine, articulating the heartache so many diehards feel: "The New York We've Lost".
Posted by laura k at 8/06/2020 06:28:00 AM