which side are you on: the unprecedented strike by nba players is a watershed moment for justice

First of all, it's not a boycott. It's a strike. And a wildcat strike to boot.

When the players on the Milwaukee Bucks chose not to play in the NBA playoffs -- joined by their baseball counterparts, the Brewers, with other teams quickly following -- they became part of a tradition that reaches back to Tommie Smith and John Carlos, to Muhammad Ali, to Carlos Delgado, all the way to the present, to Maya Moore and Colin Kaepernick. 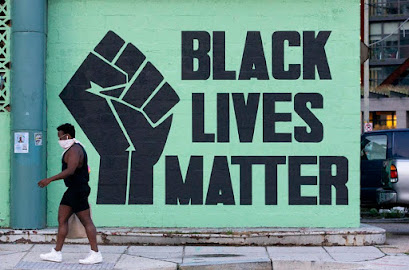 They may be wealthy -- though all are not as wealthy as the top earners -- but their working life is perilously short, and throughout history, has been awash in exploitation. If some earn huge salaries today, that's because so many people are profiting from their labour.

So why is this action a strike and not a boycott?

If NBA fans refused to buy tickets to games, or watch the games on TV, that would be a boycott.

If fans refused to buy the products advertised during the broadcast of NBA games, that would be a boycott.

When workers refuse to work, that is a strike.

And when they do so without the direction of their union, when they are not "in a legal strike position," as it is called, that, my friends, is a wildcat strike.

And if we all did this -- if we joined them -- that would be a general strike.

I've been surprised to see some progressive people shrug off the NBA strike as mere display. It is anything but.

When people who command media attention are vocal about justice, it is noticed. That is powerful.

When those same people withhold their labour -- when they "down tools" and walk off the job -- it is exponentially more powerful.

Everyone is rocked by this action: the NBA, their sponsors, the media, the fans, even people who never watch basketball. It is news. It draws the focus of the entire country -- and a huge portion of the entire world -- to why this action was taken.

Professional and college athletes' support of the Black Lives Matter movement has been, continues to be, important. Athletes have spoken out, they have worn the t-shirts, they have knelt or been absent during the national anthem. All this matters.

But with this step -- a strike -- they put their bodies on the line.

As the shooting of Jacob Blake stunned us, left our hearts sore and broken, the very fact of this strike has made my heart soar with hope.

This op-ed by Kurt Streeter in the New York Times is also good: With Walkouts, a New High Bar for Protests in Sports Is Set.

Zirin, speaking with Democracy Now, calls the players' protest "a challenge to the labor movement as a whole". He writes:

They are posing the question that all great strikes pose—to political people who hate sports and sports fans who hate politics, and to white fans who love them on the court but are oblivious to Black lives when the final whistle is blown—“Which side are you on?”

In major league baseball (at least), the players union isn't even part of the discussion. It issued a statement like the Commissioner did, but the players met and decided to simply not play on their own. No consulting the union on that one. 14 of the 30 teams have refused to play in the last two days. Even though the idea of two teams getting together and saying: Guess what, fuck the game, we are not playing tonight. And the Commissioner goes along with it? (Does he have has a choice?) That is hard to believe, even though it happened last night and today. ... MLB is in a shortened season. but the NBA is in the middle of the fucking PLAYOFFS. Some players want to shut the entire thing down! ... Oh, and this is all happening during a pandemic that has been raging out of control in the US for six months. ... Trump's only comment? The ratings for the NBA suck anyway.

Milwaukee Bucks statement: "When we take the court and represent Milwaukee and Wisconsin, we are expected to play at a high level, give maximum effort and hold each other accountable... In this moment, we are demanding the same from our lawmakers and law enforcement."

Zirin, last night: "The strike wave is now entrenched in the staid world of baseball. This is a sport that a week ago was freaking out because a young player hit an inappropriate grand slam. ... This is moving fast because athletes have some damn sense and realize that the problem is not "anarchists" or "cancel culture". It's that we live in a broken society where police can kill with impunity."

You are right, wmtc it is time. Right now.