the deadliest organized-crime and terrorist enterprise in the history of humanity: the catholic church

In the entire history of human beings on this planet, has there ever been a criminal enterprise more devastating -- to as many people, over as long a period of time -- as the Catholic Church?

The largest empires of the world -- Roman, Spanish, Dutch, British, American -- lasted 500 years at most. The Catholic Church has been at it for thousands of years.

If it was fiction, no one would believe it -- an organized crime network so vast, and so evil, that virtually no aspect of human civilization has been untouched by its rabid influence. 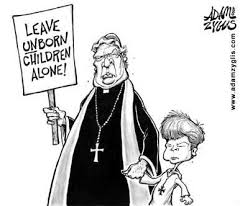 Wars intended to slaughter adherents of other religions.

Support for murderous dictatorships all over the world.

The slaughter and forced conversion of Indigenous people all over the world.

Forcing untold numbers of families into poverty, children to starvation and death, women into death from desperation, by prohibiting contraceptives and abortion -- while its aristocracy lives in splendor, by its own rules (including rape, sex, and abortion).

Child sexual abuse on an unimaginable scale, truly a massive child-sex ring, from procurement to cover-up, for more than 1,000 years.

The perpetuation of murderous anti-Semitism, inciting the terrorism known as pogroms.

The perpetuation of murderous homophobia, and shaming of sexual and gender expression.

All this, and I've probably missed a few crimes. Individual spiritual practices aside, the institutional Roman Catholic Church is a terrorist and organized-crime operation.

This outburst was brought on by Galileo: Watcher of the Skies. Review to follow.