jason kenney gets his wish: the anglicising of canadian citizenship In some of the best work I've ever done for this blog, I compared "Discover Canada," the Harper Government's new Citizenship Guide, to its predecessor, "A Look at Canada," which was published by several Liberal governments. The results were eye-opening. Based on my analysis of the booklets, I concluded that Stephen Harper's and Jason Kenney's vision of Canada was:

A country that: does not value peace and tolerance; measures its history by armed conflict; does not encourage its citizens to work for social justice; is not concerned with protecting the environment; reveres the monarchy; is mostly Christian; warns immigrants to tame their savage ways; and emphasizes obedience to authority.

If you haven't read that post, or have only read the shorter versions published at The Mark and Straight Goods, and at the risk of self-tooting, I recommend it. Many more subtle points were lost for space considerations - and now some of those are producing results.

"Discover Canada" does more than illuminate the Harper Government's vision of Canada. For many immigrants, it creates a barrier to citizenship - an intentional barrier, and an unnecessary one.

Immigrants from North America or from Commonwealth countries have a distinct advantage: they will have more general knowledge of the history and culture that is included in the citizenship test. We absorb that background knowledge without even realizing it. For example, before moving to Canada, I had never heard of Vimy Ridge and knew very little about the War of 1812, but when I heard and read about those events in Canada, I had background context in which to place them. I could easily grasp their general shape and outline, because they're also part of the history of my country of origin. But if I were from Afghanistan or Vietnam, would I be able to answer questions about Vimy Ridge? Many immigrants are finding that they can't.

According to a recent article in the Globe and Mail, the numbers of applicants who fail their citizenship test is climbing, and among certain groups, it is skyrocketing.

Across the board, the failure rate jumped from less than 4 per cent in 2009 to nearly 15 per cent last year. Nearly half of the Afghan-born immigrants vying to become Canadians last year, for example, failed; that’s compared to only 21 per cent in 2009. Meanwhile, fewer than 2 per cent of immigrants born in Australia, England and the United States failed last year.

The citizenship guide's content has changed, but so has its structure. Another significant difference between the new "Discover Canada" and its predecessors is the new guide's more advanced reading level. A higher reading level means more complicated sentence structures, more advanced vocabulary, more implied knowledge (assumptions not overtly stated), and usually a smaller font. This change can be summed up in one word: exclusion. 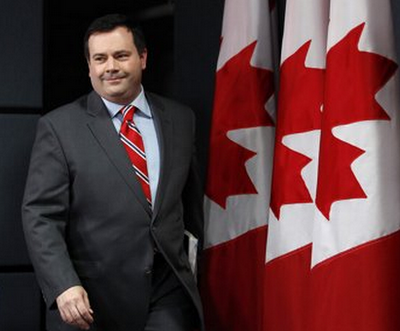 Citizenship for me and thee, but not for أنتم or நீ or bạn

Most Permanent Residents of Canada who have lived in the country long enough to be eligible for citizenship can speak, understand, and read either English or French very well. But do they understand it well enough to read a complex nonfiction book? (Does every Canadian-born Canadian read at that level?) Why should that advanced reading level be a requirement, and why should it be a barrier to citizenship? Apparently now it is.

Critics say the test functions as a de facto language test, driving many immigrant-service groups to offer citizenship classes in addition to language classes, with a heavy emphasis on grasping Canadian names and vocabulary likely to come up on the test.

The Vietnamese Association in Toronto is one of several groups that launched citizenship programs after fail rates skyrocketed. “The classes are a response to the need of the community,” said settlement worker Phuong (Patricia) Do, who runs the classes.

For people born in Vietnam, test fail rates went from 14.8 per cent in 2005 to 41.2 per cent last year. Ms. Do argues that higher language standards are the greatest barrier to getting questions right on the test and reading the guidebook sent to applicants.

“They may have family responsibility such as taking care of the children, or getting a job to share their costs of living, and do not have a chance to learn English as much as they like,” Ms. Do said, adding that many immigrants feel they can communicate in daily life but the test requires a higher proficiency.

Lien Le took the test in April in part because she feels citizenship, rather than permanent residency, will allow her to integrate into Canadian life as her two-year-old Canadian daughter grows up. Ms. Le, who worked as a biology teacher in Vietnam, has recently finished a Canadian college nursing program.

“I want to engage, be involved in society because my daughter was born here … so I want to get my citizenship as soon as possible,” said Ms. Le, who came from Ho Chi Minh City in 2007 when her husband’s application to sponsor her move to Canada was accepted.

She’s still awaiting her test results. “Even though I studied hard, I found the test really, really tough,” she said, noting many questions weren’t straightforward and required critical thinking. She said many of her friends, who work long hours at labour jobs, are unable to dedicate time to studying and face extensive language barriers.

“I have a college diploma, I have experience with writing tests with multiple-choice questions, so I know what should be the best answer,” she said. “But for those that … don’t even have a high-school diploma, how can they pass the test?”

By Order of Her Majesty

In my earlier post, I noted that "Discover Canada" contains ten times as many references to the Queen as the older "A Look at Canada," along with the three pictures of Queen Elizabeth II, the lyrics to "God Save the Queen" (why? this is not the Canadian national anthem), several references to the monarchy, and much emphasis on "the original immigrants" from England, Scotland, and France.

To place that in context, the Harper Government spent 28 million taxpayer dollars to celebrate the War of 1812, and another seven or eight million on the Queen's Diamond Jubilee. By contrast, the Government snubbed the anniversary one of Canada's most shining achievements, the Charter of Rights and Freedoms, and is cutting the Interim Federal Health Program (with one tiny exception), which provided health care to refugees for the bargain price of 59 cents per Canadian citizen.

For further context, one could gather a laundry list of the well-documented anti-immigrant and anti-refugee statements that have emanated from Minister of Citizenship, Immigration and Multiculturalism [sic!] Jason Kenney.

The Harper Government has only one use for brown immigrants: as props for publicity purposes. Kenney's CIC has all but halted immigration, throwing out a self-created backlog of 280,000 applications, and rewriting immigration standards to comply with supposed labour demands, although how they arrived at those demands was not disclosed to the public. The only immigration class growing under the Harper-Kenney regime is temporary workers - people with no rights and no access to permanent settlement.

Taken together, we can see that the "Discover Canada" guide is fulfilling the purpose for which it was designed: as a barrier for non-Anglo immigrants. Now that people of colour will soon constitute a majority in Canada's two largest cities, the Harper Government tries to provide an antidote to that trend. People who chose Canada for their new home - who met all the many requirements for immigration - who have lived here for the requisite number of years - who are working, raising a family, participating in their community - and who are motivated enough to study for a citizenship exam - and who could pass an exam if it required a more basic reading level and emphasized present day Canada, rather than a narrow reading of Canada's British Commonwealth past - should be welcomed as citizens. Not excluded.
Posted by laura k at 7/04/2012 08:30:00 AM