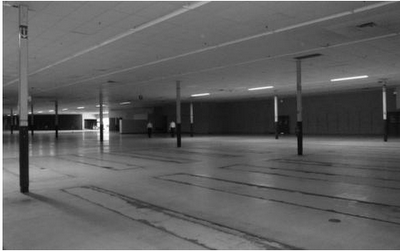 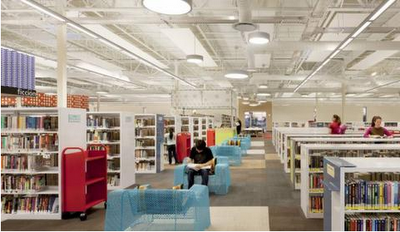 From Beth Buczynski at Shareable.net:

In recent years, there's been something of a grassroots backlash against Wal-Mart Inc., as people have started to realize the damage a single Walmart can do to the small businesses that make up a local economy. In a few cases, there's even been news of Walmart stores closing, effectively run out of town by citizens strongly opposed to its economic, environmental, and social practices.

While this represents a win for the citizens who organized the ouster, it creates an equally big challenge. Namely, what does one do with the cavernous commercial space left behind by an abandoned Walmart?

The citizens of McAllen, Texas, a city of about 130,000 located in the southernmost tip of the state, experienced just such a vaccum after Walmart closed and then abandoned a 124,500 sq. foot space. Instead of searching for another big box retailer to take it's [sic!] place, the City decided to reclaim the space as a public library. . . .

The cavernous space now houses an auditorium, computers lab, classrooms and meeting rooms, and adult and teen reading lounges — not to mention hundreds of thousands of books -- earning it the title of the largest single-story library location in the U.S.