how are you celebrating national stop harper day? 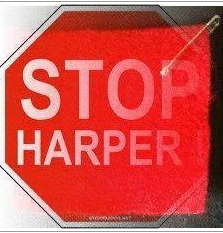 Today is National Stop Harper Day. People all over the country are using this day, officially known as Canada Day, to gather and organize and express their anger - and their fear - at the anti-democratic and inhumane policies of the Harper Government.

In keeping with the spirit of Occupy and all the related democracy movements that are sprouting through North America, there's no central organizing committee, but if you're interested in attending an event in your area, you should be able to find one. Or you could create one. Call a friend, make some signs, commandeer a street corner or a section of a local park.

In Vancouver, people will rally at Library Square. In Winnipeg, there'll be a funeral for Canada. 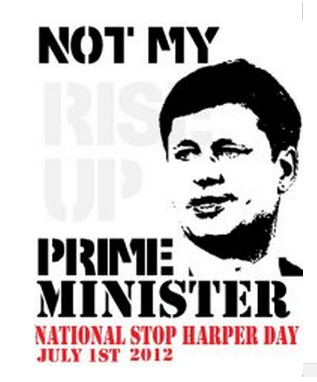 In Toronto, Queers Against Israeli Apartheid have won the green light to march under their own banner - and carry an 8-metre wall - in the Pride parade. Something tells me there'll be a lot of Stop Harper actions going on.

If you're celebrating Canada Day in a more traditional vein - grilling and swilling - enjoy it. Take a moment to reflect on what's being lost, and on the meaning of resistance. 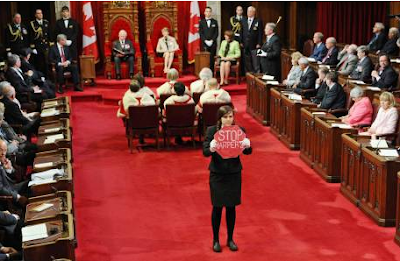