I have been collecting graphic nonfiction with leftist political themes. I just love these books and am indulging myself in buying them.

I was planning to review them, but I've decided to simply post images of the covers, the names of the books and the creators, and a quote from the person, group, or idea the book is about. 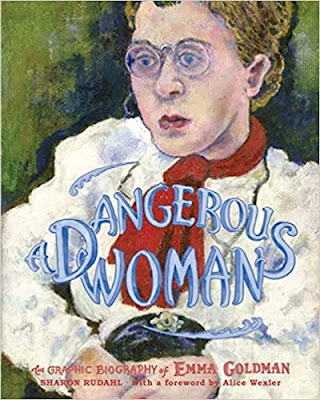 
The greatest bulwark of capitalism is militarism. The very moment the latter is undermined, capitalism will totter. True, we have no conscription; that is, men are not usually forced to enlist in the army, but we have developed a far more exacting and rigid force--necessity. Is it not a fact that during industrial depressions there is a tremendous increase in the number of enlistments? The trade of militarism may not be either lucrative or honorable, but it is better than tramping the country in search of work, standing in the bread line, or sleeping in municipal lodging houses. (1908) 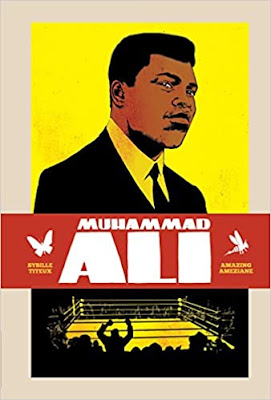 
If I thought the war was going to bring freedom and equality to 22 million of my people they wouldn’t have to draft me, I’d join tomorrow. I have nothing to lose by standing up for my beliefs. So I’ll go to jail, so what? We’ve been in jail for 400 years. (1968) 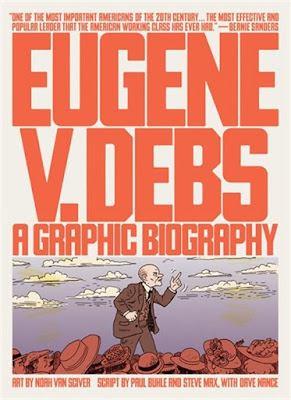 
Foolish and vain indeed is the workingman who makes the color of his skin the stepping-stone to his imaginary superiority. The trouble is with his head, and if he can get that right he will find that what ails him is not superiority but inferiority, and that he, as well as the Negro he despises, is the victim of wage-slavery, which robs him of what he produces and keeps both him and the Negro tied down to the dead level of ignorance and degradation.

The man who seeks to arouse prejudice among workingmen is not their friend. He who advises the white wage-worker to look down upon the black wage-worker is the enemy of both. (1904)