11 things you should know about u.s. presidential elections 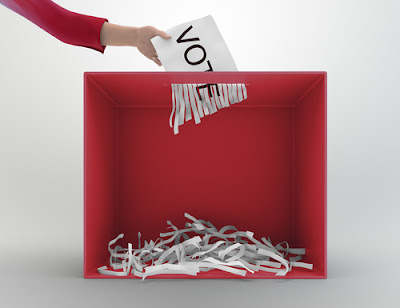 Here are some facts about US elections.

There are mountains of evidence to support each of these. If you have doubts, do some homework. This is merely a summary of facts.

1. The Electoral College. Up to 50% of votes in any state are wiped out. Canada has first-past-the-post voting based on ridings (Parliamentary seats), but imagine if all of Ontario was one riding -- 51% and winner take all.

2. Partisan oversight. Elections are governed on the state level, and the person in charge of them represents a political party. There is no equivalent of Elections Canada. Imagine, for example, if Jason Kenney's party ran elections in Alberta, and oversaw vote-counting and potential recounts.

3. Voter suppression. This takes place on a dozen different fronts. In many states, registration is complex and very limited. There are onerous ID requirements. Voters can be and are disqualified based on any number of arcane laws. Voter list are "purged" -- hundreds of thousands of voters dropped from the record. In many Republican-controlled states, voters are purged if the first and last names of two voters match. Middle names are not considered.

Various schemes to reduce barriers to voting are regularly proposed and killed.

At the same time, the one fraudulent voting scheme that Republicans care about -- voter impersonation (undocumented immigrants attempting to vote) -- barely exists.

5. Felony disenfranchisement. US states vary concerning the voting rights of former inmates. In some states, former felons regain voting rights after release; in others, the citizen must submit petitions to regain their right to vote (not a straightforward process); and in other states, it depends on circumstance of the crime. Conviction for a felony may result in permanent disenfranchisement.

6. Black-box voting. Nearly one-third of the US states use electronic voting machines that produce no receipt and for which there is no record of verification -- because the system is proprietary, and corporate rights are more important than fair elections. There is widespread and irrefutable evidence that these devices are both highly inaccurate and easily manipulated remotely.

7. Recent and historical stolen elections. The outcomes of both the 2000 and 2004 elections were illegitimate. This was proven beyond all doubt. It was shown to be statistically impossible for so many "mistakes" to all favour one party. After these elections, nothing was changed. This means we have no way of knowing if the 2008, 2012, 2016, and 2020 elections were or will be fair or fraudulent. There's no reason to assume that a Democrat in the White House is proof of fair elections. (Of course this is not a modern phenomena. One famously stolen election occurred in 1876, for example.)

There are other ways to manipulate elections, too. In 1980, Ronald Reagan's campaign illegally conspired with the Islamic Republic of Iran to delay the release of 66 American hostages, who had been held for nearly a year, until after the election, to ruin Jimmy Carter's re-election chances. Iran agreed, Carter lost the election, and the hostages were released 20 minutes after Reagan finished his inaugural speech in January 1981. And of course, there's Richard M. Nixon.

9. Party conventions. Both major parties nominate presidential candidates based on the votes of delegates at conventions. The process is neither straightforward nor transparent. Hillary Clinton was the beneficiary of this in 2016, and the world pays for that mistake every day, while understandably angry Americans misdirect their anger at Sanders supporters.

10. Corporate money. It is incredibly expensive to even attempt to be nominated for a presidential campaign. There are no limits to how much corporations can fund candidates. Money is never given freely. There are expectations.

11. Campaign lies and media distortions. In Ontario, potential voters told me that if NDP Leader Andrea Horwath was elected, the price of gas would increase by 15 cents per litre. Where did they get this information? From Doug Ford's TV ads. When it comes to campaign ads, anything goes.

In the US, the media long ago stopped reporting on issues and instead focuses on campaign strategies, ad time, campaign spending, voter perception, and the like. As if campaigns are themselves the issues.

And then, after all this and more, a POTUS is selected.

And people around the world wonder how Americans could have done this. They say, Well, they voted for him! They get what they deserve!

And the DNC is again confirmed in its unshakable faith that American liberals will vote for anyone with a D after their name, no matter how loathsome their policies.

And millions of Americans don't bother to vote, in a state of frustration or learned helplessness or justifiable cynicism.

Many Canadians say that US elections can't be fixed because there are "too many people". This statement defies all logic. Fix a few swing states, rig a few thousand voting machines, boom, you've got yourself an election. What does the size of the population have to do with it?


An even more basic challenge faces researchers who want to use forensic tool kits to analyze U.S. elections — getting the data. "The way elections take place and are administered in the U.S. is not really up to the quality standards in other countries," says Klimek, who tried and failed to apply some of his methods to the 2008 election. "The data quality was not good enough." In most states, access to voter registration data is restricted mainly to the political parties, the candidates and some companies that work with them, Mebane says.

After a 2016 presidential election marred by allegations of foreign meddling, the midterm contest looms amid concerns about voter suppression in Georgia and other states as well as unsubstantiated claims of widespread voter fraud by undocumented aliens. The most unexpected takeaway from electoral forensics may be that it is easier to analyze Russian elections than those in the U.S. "It's really not much work to do this kind of analysis once you've got the data," Klimek says. "With the algorithms we are talking about, it can be done in a couple of hours."

Americans interested in working on this essential issue should join (or at least follow) the National Election Defense Coalition. Because, as I used to write regularly in this blog, without fair elections, how can a country be a democracy?
Posted by laura k at 4/19/2020 08:18:00 AM

Labels: election fraud, history, us politics, us regression, we like lists

I guess it kinda/sorta fits under #2, but it seems to me that gerrymandering is a real problem in the States also.

The most distressing thing is, despite all of this... a critical mass of Americans seem unable to care about any of it. They vote, or don't, but they refuse to see the problems with their system.

I doubt it's going to change, ever.

RossK, thank you, always so good to hear from you. Yes, gerrymandering could use its own category.

M@ it is very disturbing. Very convenient for maintaining the status quo. I also don't see it changing, certainly not in my lifetime. Sadly, things will continue to get worse.

What a mess. Thanks for the summary.
You could write another long piece on the thing that really, really bugs me about US elections (apart from the fact that they never seem to go away). It's the media's obsession with polling. And the money the pols spend on polling. Where does it all go? Why would anyone spend more than a few seconds talking to this nuisance (and that's to to tell them to FO) unless they had an agenda?
My dear old grandfather had a rule: 2 things that are nobody's business-who you vote for and what church you go to (or don't).

I should clarify what my grandfather thought about voting. He thought you should be vocal about how you stood on various issues and then the question was redundant. He didn't expect much when the local guy got to Ottawa, anyway. And that was back in the Fifties. He would be shaking his head endlessly today. As for "the States", he was already shaking his head.

Thanks, Jim. I have to say, I feel like massive over-use of polling takes place on both sides of the border. When we first moved to Canada, I was amazed at the constant polls before and during an election. Maybe the US seems worse because it goes on forever and is so loud?

Minor point: Maine & Nebraska don't award electors on a state-wide winner-takes-all basis. Instead, they send the winners of each congressional district, plus two for the state-wide winner.

FiveThirtyEight put out a good eight-episode podcast on gerrymandering back in 2017. One interesting point the podcast brought up is that a purely mathematical approach to dividing districts, such as the one CGP Grey describes here, can hurt minority populations, because any approach which just looks at voter numbers will tend to pack such groups -- who tend to live in concentrated neighbourhoods -- into a small number of districts. There isn't a good, clean solution.

That said, it'd be far better than the current approach, which is Republicans rig the districts and Democrats complain about it.

Thanks James. Re Maine and Nebraska, for clarity, they are still choosing electors for the EC. It's a bit better than 48 other states, but it's still not counting citizens' votes.

Oh yes, absolutely. It's just not a state-wide winner-take-all like the other 48, so it's somewhat more representative.

The Interstate Compact would fix the problem of voters in some states having less say than voters in other states, but at the expense of favouring a nationwide winner-take-all allotment. Which might help in the short term, but still isn't great.

I'd much rather see a nation-wide ranked voting system without the EC to muck things up, but the smaller states aren't going to go for that, especially the more conservative ones.

And of course the current allotment of Senators by state rather than by population is specifically designed not to be democratic. Which was, oddly, less problematic when Senators were appointed and there was no pretense that the Senate was a representative body.

Meaning, the states themselves are still winner take all. Candidates either win the state and get all the EC points or they don't.

I disagree that the allotment of Senators is not democratic. It's actually equitable, seen as a whole within the bicameral Congress -- the Senate by state and the House by population. That's why it was called the Great Compromise. Since they are both needed to pass laws, each chamber with different requirements, it works pretty well.

Of all the things that I would change about the US system, the number of Senators per state wouldn't even make the list. I don't see the basic structure of government as the problem.

Whether it is better or worse than a Parliamentary system is another story, and I'd prefer if we didn't get into it here.