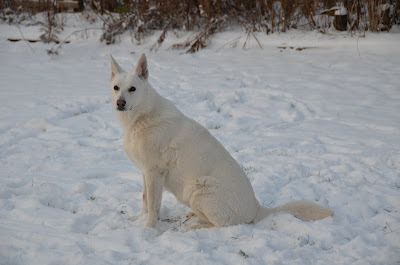 It's been a long time since I've updated you on Tala's condition. She's made a lot of progress! In short: more activity + less medication = happier dog = happier mommy.

You'll recall that when Tala's spine condition first came to light, we had to keep her on total exercise restriction, only going outside to relieve herself. We were also supposed to keep her completely restricted - crated - in the house, but we never went that far. No stairs, no dog park, no long walks. Not a lot of fun.

We also went through a long process of trying different medications - and different combinations of different types of meds - to find the best combinations and lowest thresholds she could manage. By last December, Tala was managing two 15-minute walks a day, plus the occasional longer walk, plus indoor play with Diego.

Then over my winter break, I tried letting her play off-leash with Diego in the backyard - just a little - every day. And it seems to be fine. You can imagine how great it makes me feel to see them romp around together! For a few minutes a day, it's like old times. Even more recently, we've reduced her medication, also with no ill effects. Yay, yay, yay.

We also came up with a new configuration for Tala's outdoor life. Check this out.

When the injury first came to light, before she was even diagnosed, we didn't want to leave her inside while we all hung out in the backyard, so we brought her crate outside. 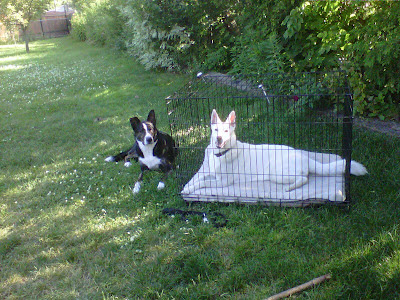 Diego wouldn't leave her side. Even if we threw a ball for him, he'd fetch it, then lie down beside the crate again. So sweet!

When it was apparent that this was not a temporary condition, friends lent us a exercise pen. 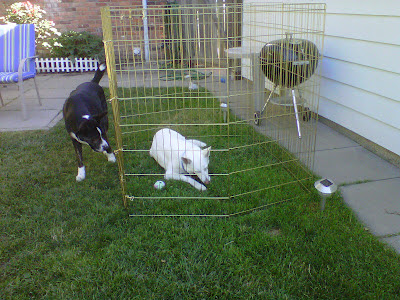 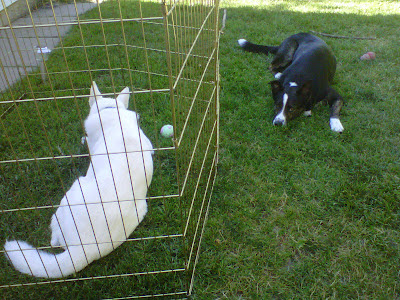 And then a second set of friends lent us another ex-pen, and we put them together for some nicer digs. Hooray for dog-loving friends! 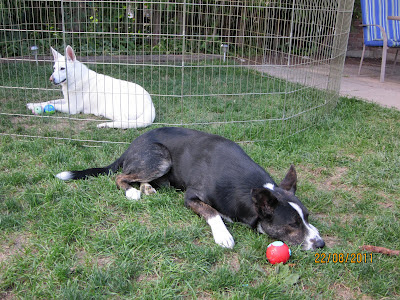 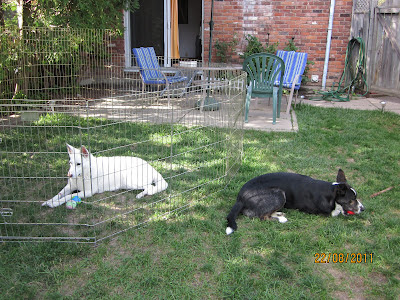 As winter approached, I started thinking about what snow would mean to this arrangement, and came up with this idea: we stretched the two ex-pens out in full, cordoning off a section of the backyard at its narrowest point (trees on one side, garage on the other). 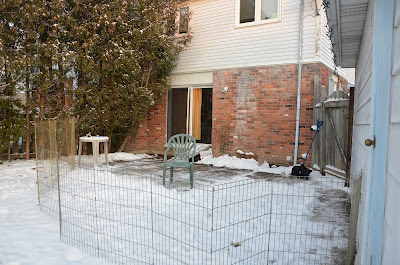 Now we can let Tala out of the house without having to bring her out to her pen and we can let both dogs out together. She has more freedom, but she's still protected from charging out after squirrels at top speed.

This also has the additional advantage of skunk protection. After the dogs got skunked four or five times (I actually lost count!), I decided enough is enough. Now we can still be lazy late at night - letting them out instead of putting them on the leash - but they can't run off into the dark reaches of the yard and surprise any critters. 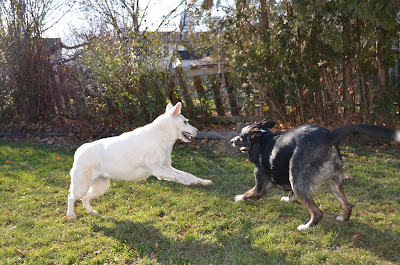 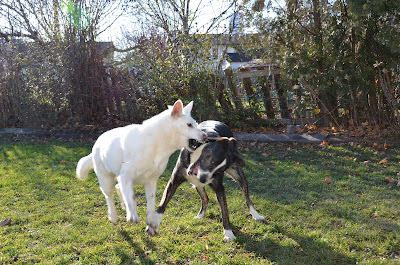 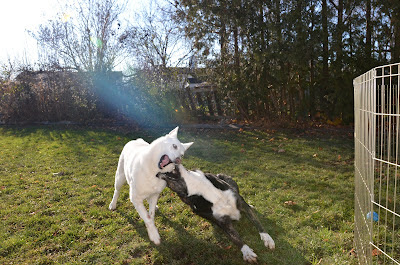 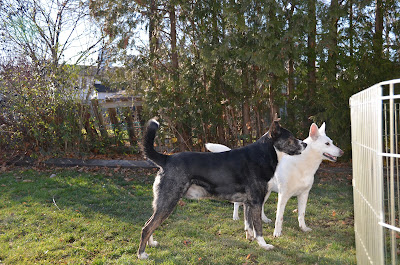