all eyes on the united states: election day and beyond: the dark side laid bare 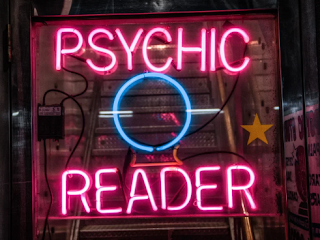 The massive turnout through mail-in voting and advance polling are very good signs. Thousands who didn't vote in 2016 have already voted in 2020.

Personally, I think it will be an anti-Trump landslide in the popular vote, and a decisive win in the electoral vote. Not that anyone should put any faith in what I believe! In 2016, I told anyone who would listen that the Republican party would never nominate Donald Trump, then declared that there was no way he would be elected. I'm in good company there: no less a maven than Fran Lebovitz did the same.

The biggest question isn't the outcome of  November 3. It's what happens on November 4th, and 5th, and 10th, and months on, until January 20, and possibly beyond.

Trump has been inciting his minions to question the legitimacy of the election, and as the results come in, that will only escalate. How will that play out? How will the corrupt, partisan judiciary be activated? How much violence will there be, and who will contain it, and how? How far will Trump go, how far will his troops go, will they be organized?

The very fact that we're asking these questions is stunning. It's the first time in any living person's lifetime that a peaceful transfer of power after a US Election Day is not a foregone conclusion. The last time this much instability rocked the United States, a big chunk of the country seceded and declared war.

It's stunning, yet it's also fully consistent with the country's trajectory over the last decades. This blog is full of declarations that the US is becoming a third-world country, and it continues to tumble in that direction.

The darkest depths of the US empire are often not visible to the mainstream. They play out in places like Abu Ghraib and My Lai, on grainy black-and-white lynching postcards. They happen "over there" or in "the past".

The darkest side of the US has always been visible to its Black citizens, and to anyone willing to bear witness: from everyday occurrences like DWB stops, stop-and-frisks, and summary executions of Black people by police (who are then exonerated), to squads of militarized police blinding peaceful protestors. The economic brutality has been laid bare, too, bringing us spectacles like for-profit prisons and the criminalization of poverty, to name just two random examples. (Good piece on this: Jamelle Bouie, "Don't Fool Yourself, Trump Is Not an Aberration".)

For many Americans, before 2016, these things were invisible, or exaggerated, or aberrations, or history. Now it's all out there. And there's no getting it back in the bottle.

To state the obvious: the toxic stew that Trump incited and ignited -- the economically dispossessed, the profound and intractable racism, the violence, the pathological worship of individualism -- and the rage, the shame, the ignorance that drives all it -- won't go away. But where will it go? How far will it go?

Only one thing is certain: anyone who says they know what's going to happen is full of shit.