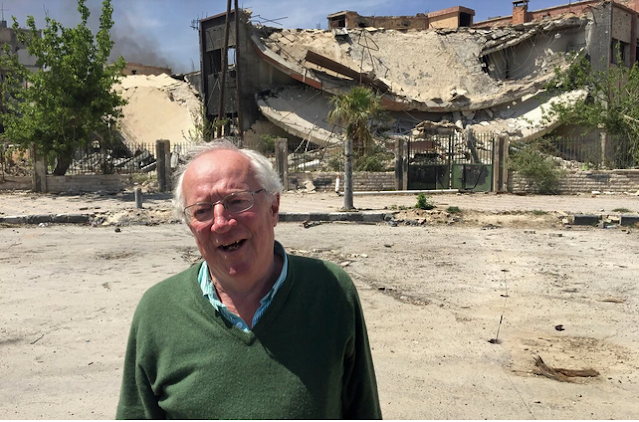 I was very saddened to hear of the too-young death of Robert Fisk, veteran war journalist, author, and truth-teller.

Fisk was often criticized for "politicizing" war reporting, or for not being "objective". Most war journalists are little more than propaganda mouthpieces for the wealthy countries that invade and seek to control poorer countries, whether directly or by proxy. This highly biased view is said to be apolitical and objective, when it merely reflects the politics of the dominant point of view. The only difference between Fisk's reporting and almost every other war journalist's reporting was that he was honest and up-front about his point of view.

Fisk was one of the few English-language journalists (perhaps the only one?) who didn't allow themselves to be "embedded" with the invading and occupying forces of Iraq. In other words, he did his job, while all the others allowed themselves to be used as propagandists. I looked to him for honest reporting. That shouldn't even be a sentence, never mind an accolade. And yet.

He also must have been very brave. How many of us can imagine reporting from this long list of imperialist wars? Belfast, Tehran, Beirut, Damascus, Baghdad, Algiers, Kabul, Sarajevo – and that's a partial list. 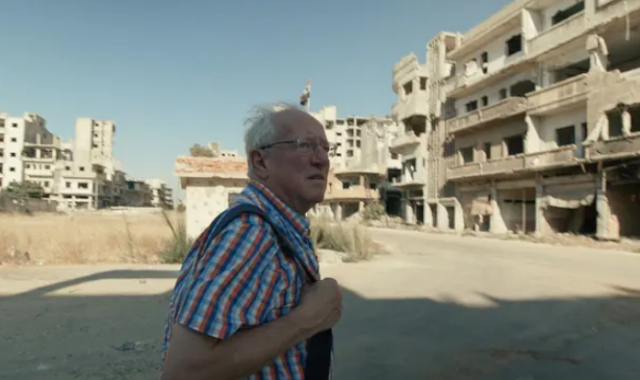 Fisk's father, Bill Fisk, was a veteran of World War I, and his experiences informed the younger Fisk's lifelong anti-war values. I felt personally indebted to him after he wrote about the false war-worship of the annual tradition of wearing fake poppies, in essays such as "Do those who flaunt the poppy on their lapels know that they mock the war dead?" and "My father threw away his poppy in disgust".

I appreciated Robert Fisk's work. His death diminishes us.

I'll close this with Fisk's own words. I've quoted this essay more than once on wmtc, but one can never have too many reminders about the realities of war.

Do those who flaunt the poppy on their lapels know that they mock the war dead?
Robert Fisk, November 2011

I turned on the television in my Damascus hotel room to witness a dreary sight: all the boys and girls of BBC World wearing their little poppies again.

Bright red they were, with that particularly silly green leaf out of the top – it was never part of the original Lady Haig appeal – and not one dared to appear on screen without it. Do these pathetic men and women know how they mock the dead? I trust that Jon Snow has maintained his dignity by not wearing it.

Now I've mentioned my Dad too many times in The Independent. He died almost 20 years ago so, after today, I think it's time he was allowed to rest in peace, and that readers should in future be spared his sometimes bald wisdom. This is the last time he will make an appearance. But he had strong views about wearing the poppy. He was a soldier of the Great War, Battle of Arras 1918 – often called the Third Battle of the Somme – and the liberation of Cambrai, along with many troops from Canada. The Kaiser Wilhelm's army had charitably set the whole place on fire and he was appalled by the scorched earth policy of the retreating Germans. But of course, year after year, he would go along to the local cenotaph in Birkenhead, and later in Maidstone, where I was born 28 years after the end of his Great War, and he always wore his huge black coat, his regimental tie – 12th Battalion, the King's Liverpool Regiment – and his poppy.

In those days, it was – I recall this accurately, I think – a darker red, blood-red rather than BBC-red, larger than the sorrow-lite version I see on the BBC and without that ridiculous leaf. So my Dad would stand and I would be next to him in my Yardley Court School blazer at 10 years old and later, aged 16, in my Sutton Valence School blazer, with my very own Lady Haig poppy, its long black wire snaking through the material, sprouting from my lapel.

My Dad gave me lots of books about the Great War, so I knew about the assassination of the Archduke Ferdinand at Sarajevo before I went to school – and 47 years before I stood, amid real shellfire, in the real Sarajevo and put my feet on the very pavement footprints where Gavrilo Princip fired the fatal shots.

But as the years passed, old Bill Fisk became very ruminative about the Great War. He learned that Haig had lied, that he himself had fought for a world that betrayed him, that 20,000 British dead on the first day of the Somme – which he mercifully avoided because his first regiment, the Cheshires, sent him to Dublin and Cork to deal with another 1916 "problem" – was a trashing of human life. In hospital and recovering from cancer, I asked him once why the Great War was fought. "All I can tell you, fellah," he said, "was that it was a great waste." And he swept his hand from left to right. Then he stopped wearing his poppy. I asked him why, and he said that he didn't want to see "so many damn fools" wearing it – he was a provocative man and, sadly, I fell out with him in his old age. What he meant was that all kinds of people who had no idea of the suffering of the Great War – or the Second, for that matter – were now ostentatiously wearing a poppy for social or work-related reasons, to look patriotic and British when it suited them, to keep in with their friends and betters and employers. These people, he said to me once, had no idea what the trenches of France were like, what it felt like to have your friends die beside you and then to confront their brothers and wives and lovers and parents. At home, I still have a box of photographs of his mates, all of them killed in 1918.

As a young boy, I also went to Ypres with my Dad, stayed at the "Old Tom Hotel" (it is still there, on the same side of the square as the Cloth Hall) and met many other "old soldiers", all now dead. I remember that they wanted to remember their dead comrades. But above all, they wanted an end to war. But now I see these pathetic creatures with their little sand-pit poppies – I notice that our masters in the House of Commons do the same – and I despise them. Heaven be thanked that the soldiers of the Great War cannot return today to discover how their sacrifice has been turned into a fashion appendage.

As I read your words and his, I can still hear his voice in my head. He had a distinctive voice that I got to hear twice in talks he gave. At both of them, I was struck by the large size and diversity of the audience, diverse in age and political orientation mostly, and this in the middle of Texas. His death does diminish us, yes. I recently listened to a 2015 talk he gave where he lamented the reduced familiarity with language today, saying that teacher friends of his had told him that young students today find texts from World War I difficult to understand, not the events described but the wording and the vocabulary. He wondered if his writings would be as incomprehensible to young people just ten or twenty years from now as centuries-old Beowulf is to us today. So many greats have died this year, elders like Fisk and Stephen F. Cohen as well as younger lights like David Graeber and Michael Brooks.