apologies to sir elton: itch, itch, the itch is back 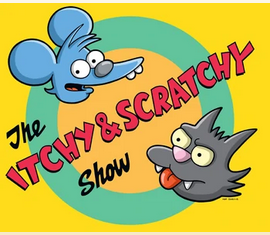 Remember the severe hives I complained about? That condition is now officially chronic idiopathic urticaria. Translation: long-term hives of no known cause.

After struggling through our mini-vacation in Victoria and Salt Spring Island, I called the dermatologist's office and pleaded my case. They very kindly squeezed me in as an emergency, on the day we were driving through that town -- saving us six hours of driving. I later learned it was the doctor's last day before his own vacation. Thank goodness friends suggested I stop waiting for the referral!

After that appointment, I went on high doses of a newer antihistamine, and for the first time in  months, had some real relief.

I went back on my medication (I had stopped taking everything, fearing I might have developed an allergy to one or more), I started sleeping again, and was feeling like myself for the first time in months. The hives were 90% gone... then they were not. One day, the welts just reappeared.

Apparently this is the pattern of chronic urticaria: it comes and goes randomly. It's not an allergy, and most sufferers never find a cause. The body is stuck in a histamine reaction, similar to an autoimmune response. The dermatologist told me that it does eventually run its course -- after a few years. Years!

There are many claims and beliefs about dietary factors, but most people find that a change of diet has no effect. I've already tried eliminating dairy, and gluten. No and no. There is, however, a surge of intense stinging, burning, and itching after eating anything.

Other people are convinced that this condition is caused by stress. Stress can certainly trigger or exacerbate skin conditions. But this began in one of the least stressful periods of my life. It has certainly caused a lot of stress!

More fun facts: the massive dose of antihistamines I was taking had a dangerous side effect. Completely unrelated to this condition, I had some routine bloodwork and an ECG. The ECG showed something abnormal that my primary care doctor said is associated with "suddenly dropping dead". Those were her exact words: suddenly dropping dead. She said it can be caused by certain medications... and guess what? The third-generation antihistamines that work on urticaria can have this side effect when taken at high doses.

I had no symptoms. What would have happened if I hadn't needed that ECG??

So now I stick to a lower dosage, despite the itch. When I am tempted to take more, I think, "suddenly dropping dead," and use an ice pack instead. Even knowing this, it still requires willpower to not gobble up extra pills.

Another thing I've learned: chronic skin conditions are often linked to deteriorating mental health. Not that depression and anxiety cause itching but the reverse.

Uch. I am so sorry. Let's hope it is stress and that in a short period of time you find that the hives disappear forever. These are stressful times for everyone whether we are really thinking about it or not, and you have other things to stress about as well, I'm sure. But then again, are we ever without stress?

The hives first appeared during a very low-stress time. But I can't say that about this second outbreak! The last few weeks have been incredibly stressful -- a lot of work stress, and the anxiety I'm having leading up to the surgery. I'm feeling a lot of pressure.

I do recognize that this might have triggered this current outbreak. Stress is a leading trigger (as opposed to cause).

OMG, I'm so sorry. This sounds so stressful.

Thank you, kind person. I can't minimize it. It is horrendous.